Installment #3 of my Civil War Ancestors is my great-great-grandfather William Dennis Hill.

He enlisted in August 1861 and served in Company F, 59th Illinois Volunteer Infantry.  He served over 3 years and participated in the battles of Pea Ridge, Stone River, and all the battles from Chattanooga to Atlanta, where he was discharged. 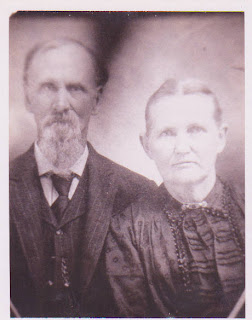 In 1864, William purchased 80 acres of land in Clark County.  He later purchased 200 acres.  His livelihood was as a farmer.  His religion was Methodist Episcopal.  His politics were Republican and he served 2 terms as County Collector in Clark County. 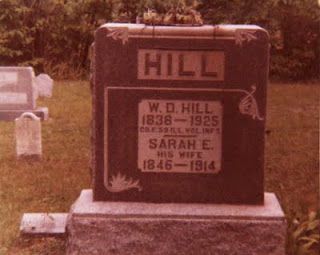