This week's prompt is "Favorite Photo"  - this was hard to choose but I picked a darling photo of 3 children and a goat.

This was taken in 1924 in Toledo, Ohio.  Apparently there was someone who traveled around with a goat and a cart posing for photos.  My grandmother saw the opportunity and posed her three oldest children (the others weren't born yet) with the goat. 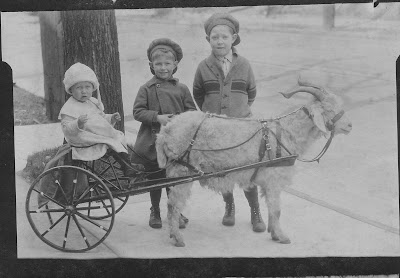 Pictured are (left to right) -