According to Dr. Tom Jones, "Inferential Genealogy" is the process of piecing together documents to make conclusions about relationships and identities that no record tells you all by itself. 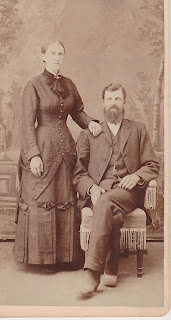 Elmina (McGowan) and John Johnson Neeley
Here is an excerpt of an analysis I used to connect Elmina McGowan Neeley to her parents: 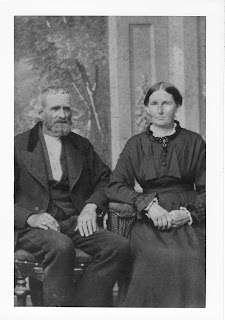 Joseph Thompson and Melvina (Miller) McGowan
The analysis itself is actually much longer and contains more information as I was trying to prove some other dates as well, but it gives an idea of how we can infer a relationship when all we have is indirect evidence to substantiate it.  In other words, I have nothing that states simply "Elmina was the daughter of Joseph and Melvina McGowan", but am fairly certain that she was based on other information.
Posted by Kimberly Nagy at 6/01/2011 10:06:00 AM 0 comments