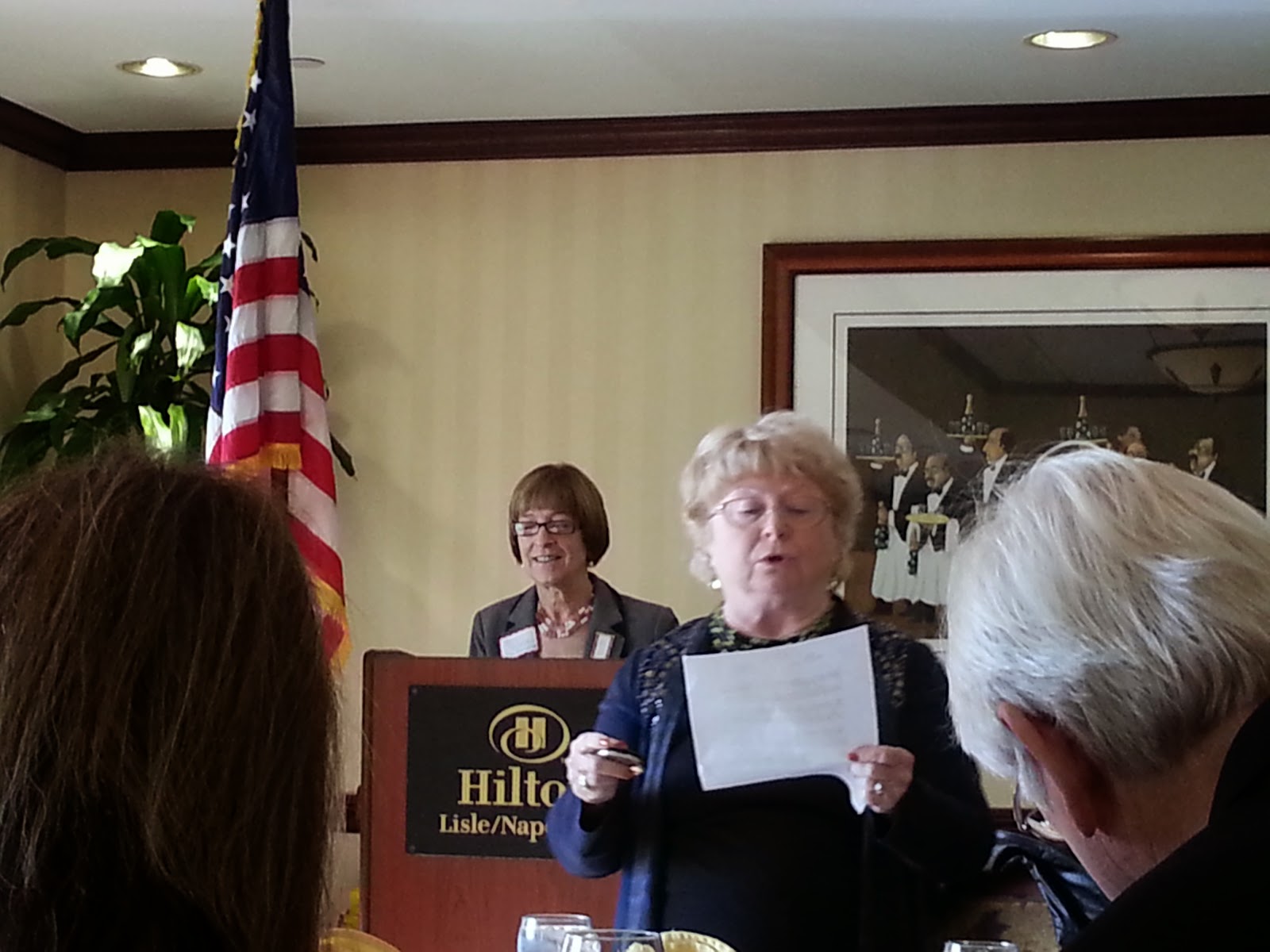 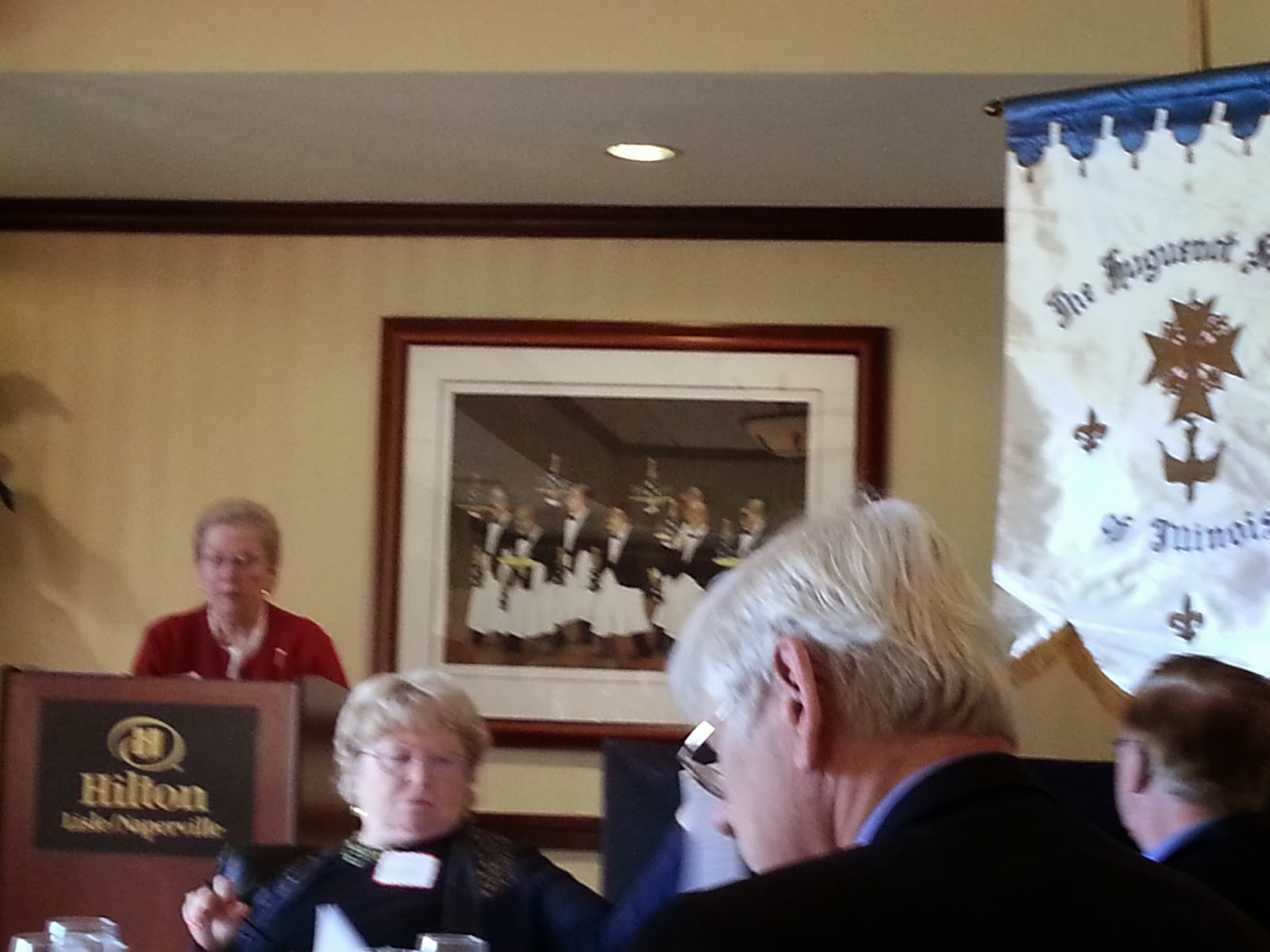 The John Butler chapter of the National Society Daughters of the Union had a very interesting speaker at their meeting.

Betty Carlson Kay is a former school teacher who has written several books about the Civil War and various people associated with the Civil War.  She gave us a program in first person about three women from that era. 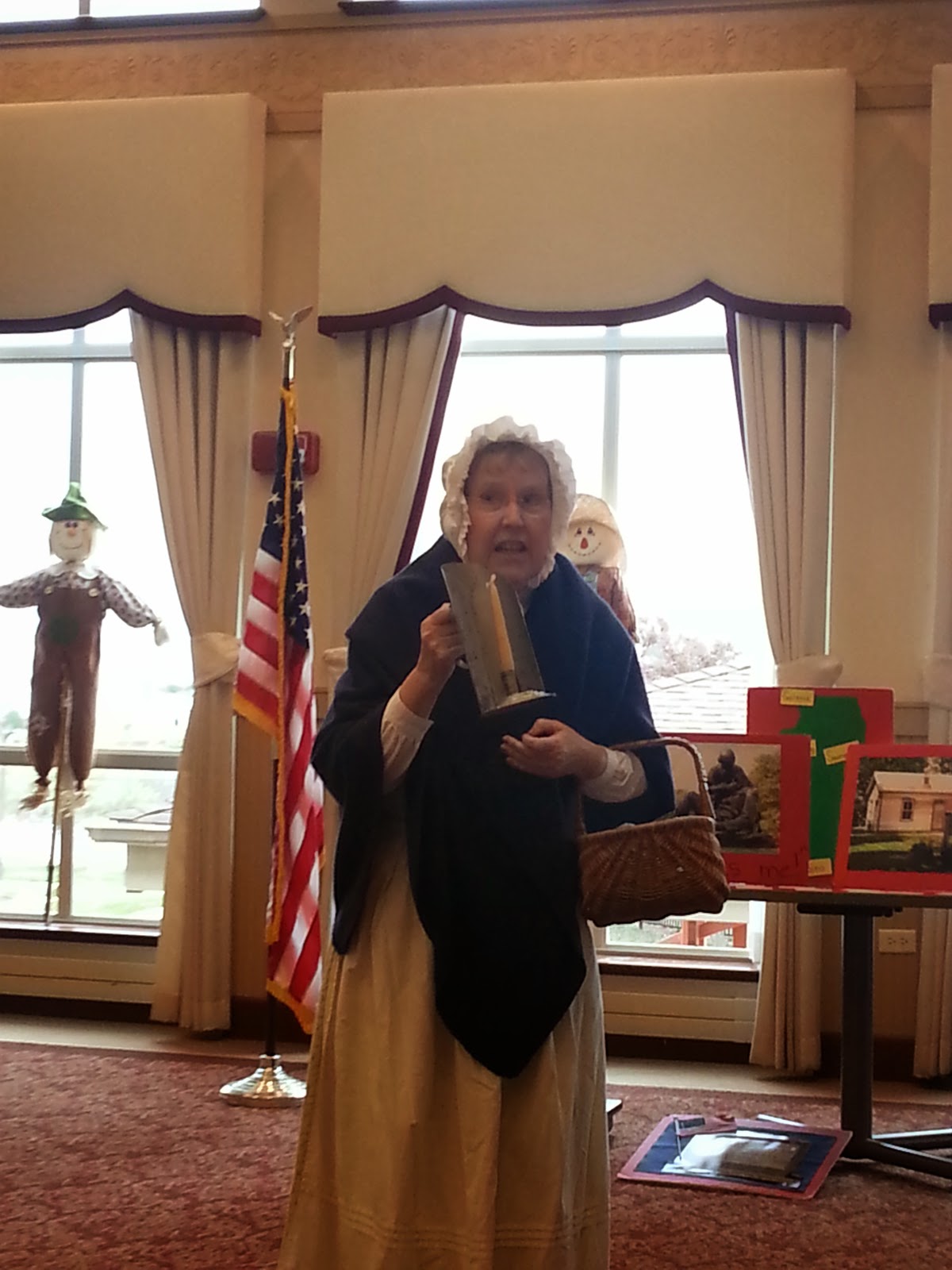 One woman was Mother Bickerdyke.  She was Mary Ann Bickerdyke, a widow from Galesburg, IL who was asked to assist at the Army hospital in Cairo, IL for a few weeks.  She realized the great need that the army had for someone to properly care for the soldiers, and ended up spending several years with the army. 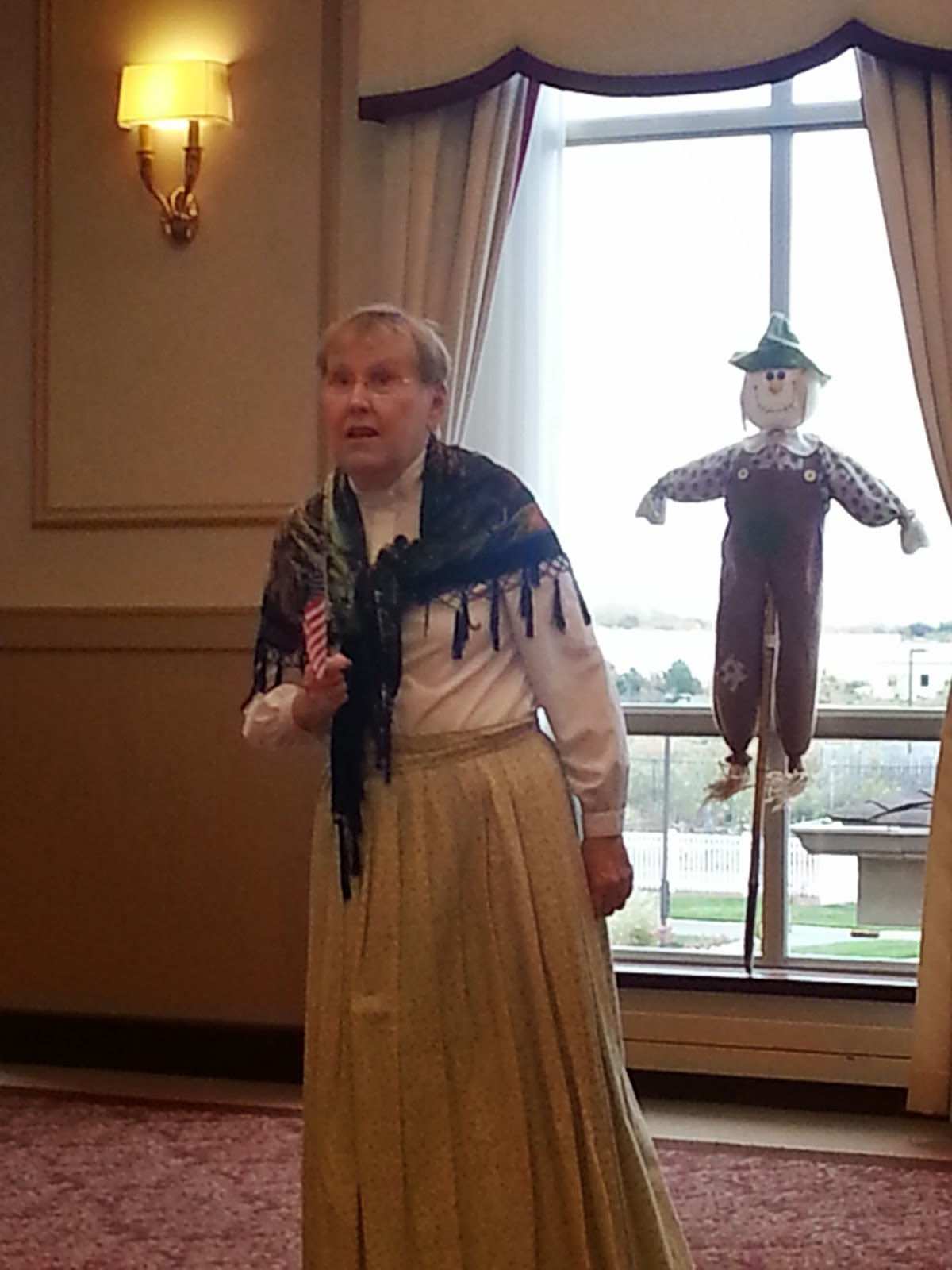 Another was Julia Dent Grant.  She was from Missouri, but became the wife of Ulysses S. Grant, a West Point classmate of her brother Frederick.  They lived in Galena, IL before he became President. 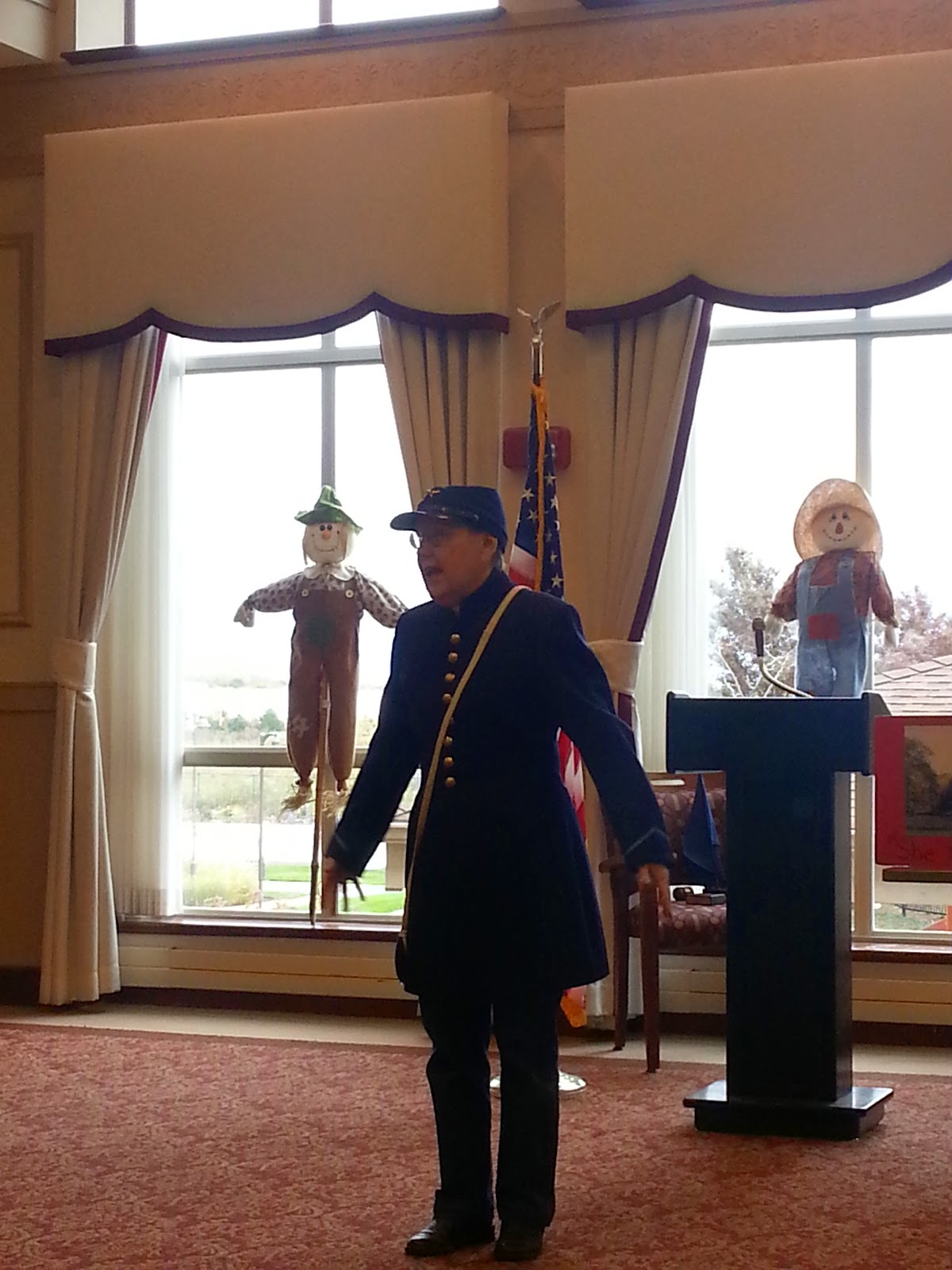 The most interesting woman that Mrs. Kay portrayed was Jennie Hodgers.  She was an irish woman who immigrated to this country ca 1860 and settled in Belvidere, IL.  Because she was young and single, she pretended to be a man so that she could work and not be taken advantage of.  Thus, Jennie Hodgers became Albert D.J. Cashier. She joined the Union Army and served throughout the war, retiring to Saunemin, IL.  She continued to live as a man and even stayed in the Quincy Veterans Home.  Her secret was discovered on occasion by a few doctors, but they let her continue with her deception.  Her tombstone was recently marked by our chapter, and contains both of her names. 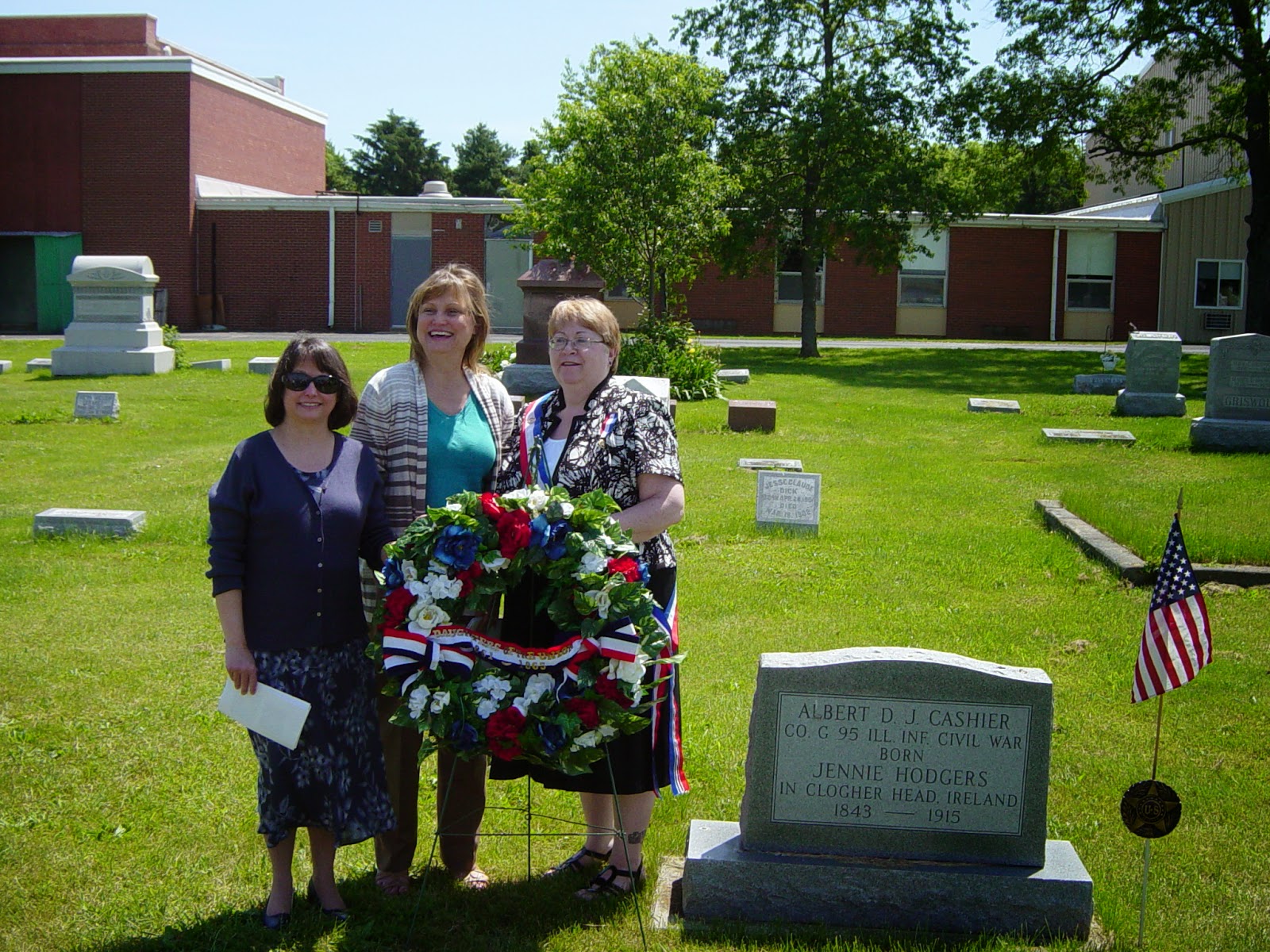