In addition to the card shower planned for my mother's 90th birthday (see previous post),  We had another surprise planned.

I had told her that I was going to take her to lunch at her favorite restaurant - Shorty's BBQ. What I didn't tell her was that several of her friends were going to join us.

I had secretly invited several of her friends and family to join us - some by facebook, some by email, and some by old fashioned snail mail.

Unfortunately, there was 14 inches of snow on her birthday so lunch had to be postponed.  I had to let everyone know of the new date, and hope they would be able to come.

We went a few days later.  When we walked into the restaurant and walked back toward our table, all of a sudden she saw several people she knew. 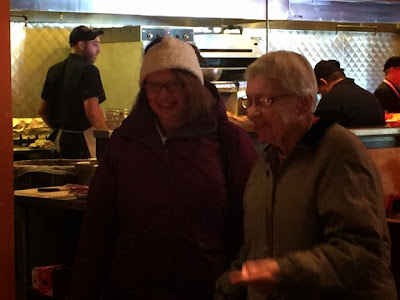 It was quite the surprise.   Including mom, there were 13 people.  Some cousins and a niece from her side of the family, some nieces from my dad's side, some friends, my sister and her daughters, and myself. 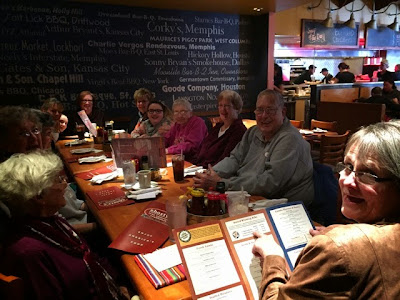 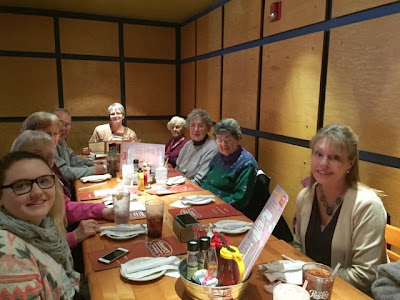 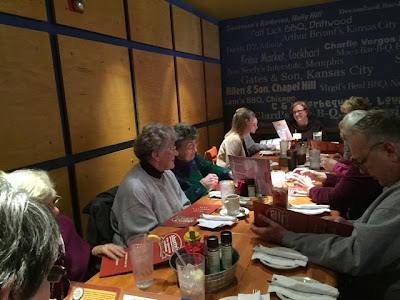 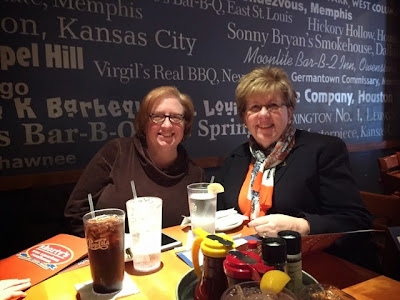 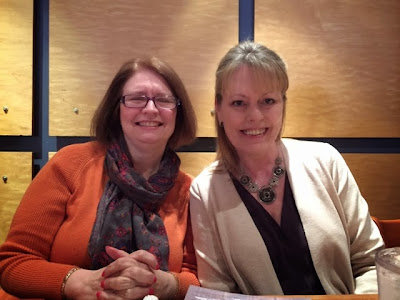 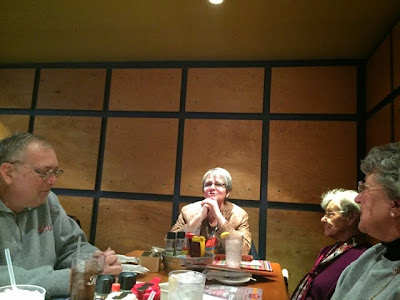 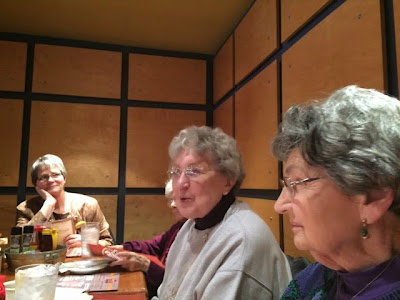 As for the card shower - as of yesterday, she had received 107 cards and a bunch of balloons.

And, being snowed in was a great opportunity to scan through some of her old photos - to be posted at another time.

While in Ohio for a visit, I attended a meeting of my original DAR chapter.
The speaker was member Marge Waterfield who told us about White House China. 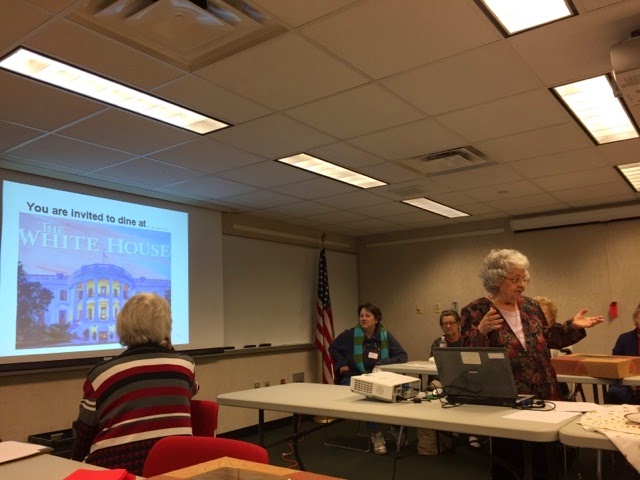 She showed examples of the China used by several of the Presidents and told about some of the symbols used on them.
Not all of the Presidents had their own China, but some had it included in the federal budget.
Marge told us about some of their state dinners and what was served.  For example, the Washingtons had "spiced gyngerbrede " and the Lincolns served "thanksgiving salad".  Andrew Jackson served "barbeque ribs with rum " on the White House lawn.
Woodrow Wilson was the first to have China made in America.  He ordered a 1700 piece from Lennox company. 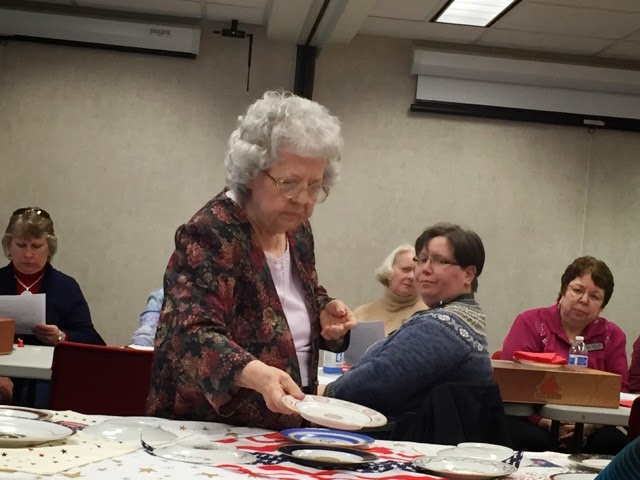 She also brought some pieces from her collection of reproductions to show.
Posted by Kimberly Nagy at 2/07/2015 11:58:00 AM 0 comments 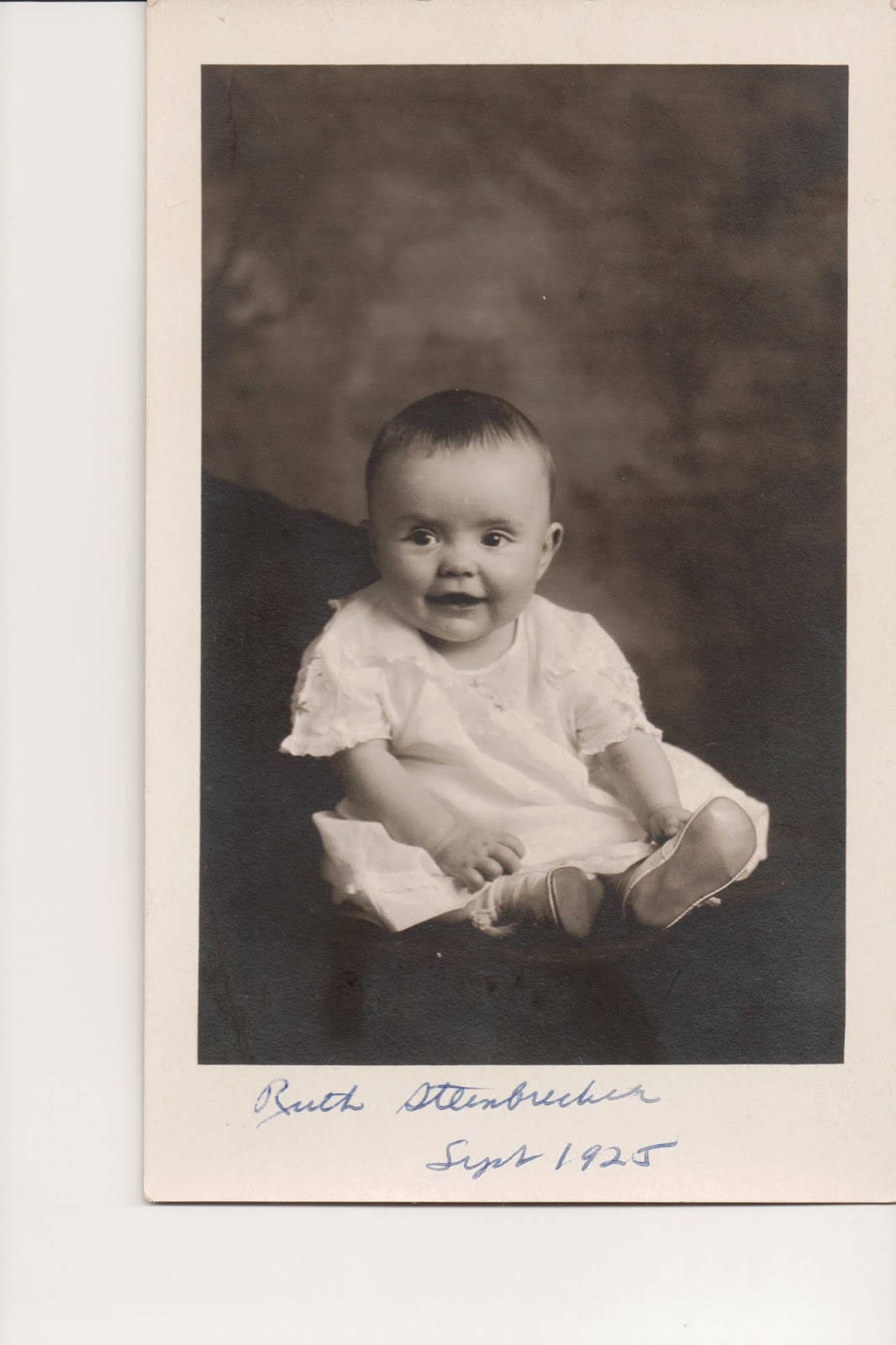 When Ruth Steinbrecher was born in 1925, Calvin Coolidge was President of the United States.  When he was inaugurated for his second term a month later, he was the first to have his inaugural address broadcast on radio.  Prohibition was well established, and Al Capone was taking over the Chicago bootlegging racket.

You could order a three bedroom house from the Sears catalog and build it yourself for $2000.

A lot has changed in the last ninety years!

When Ruth graduated from High School in 1942, the country had just entered World War II after the attack on Pearl Harbor.  Men were signing up to fight "over there" and women were helping with the war effort at home by joining the work force, planting victory gardens, and rationing. 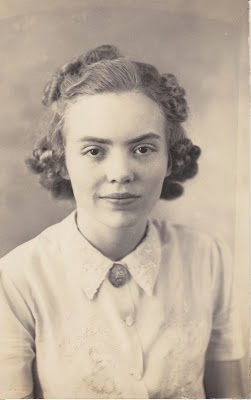 Ruth herself entered the work force by working as a bookkeeper for Buddy's box lunch (a nascent catering company).  There she met Donald Ormsby as the result of a wrong number, and they were married in 1950.

Ruth and Don raised 2 daughters and his son.  He died in 1988, and she has been going strong ever since.  As of now, she has 7 grandchildren and 9 great-grandchildren. 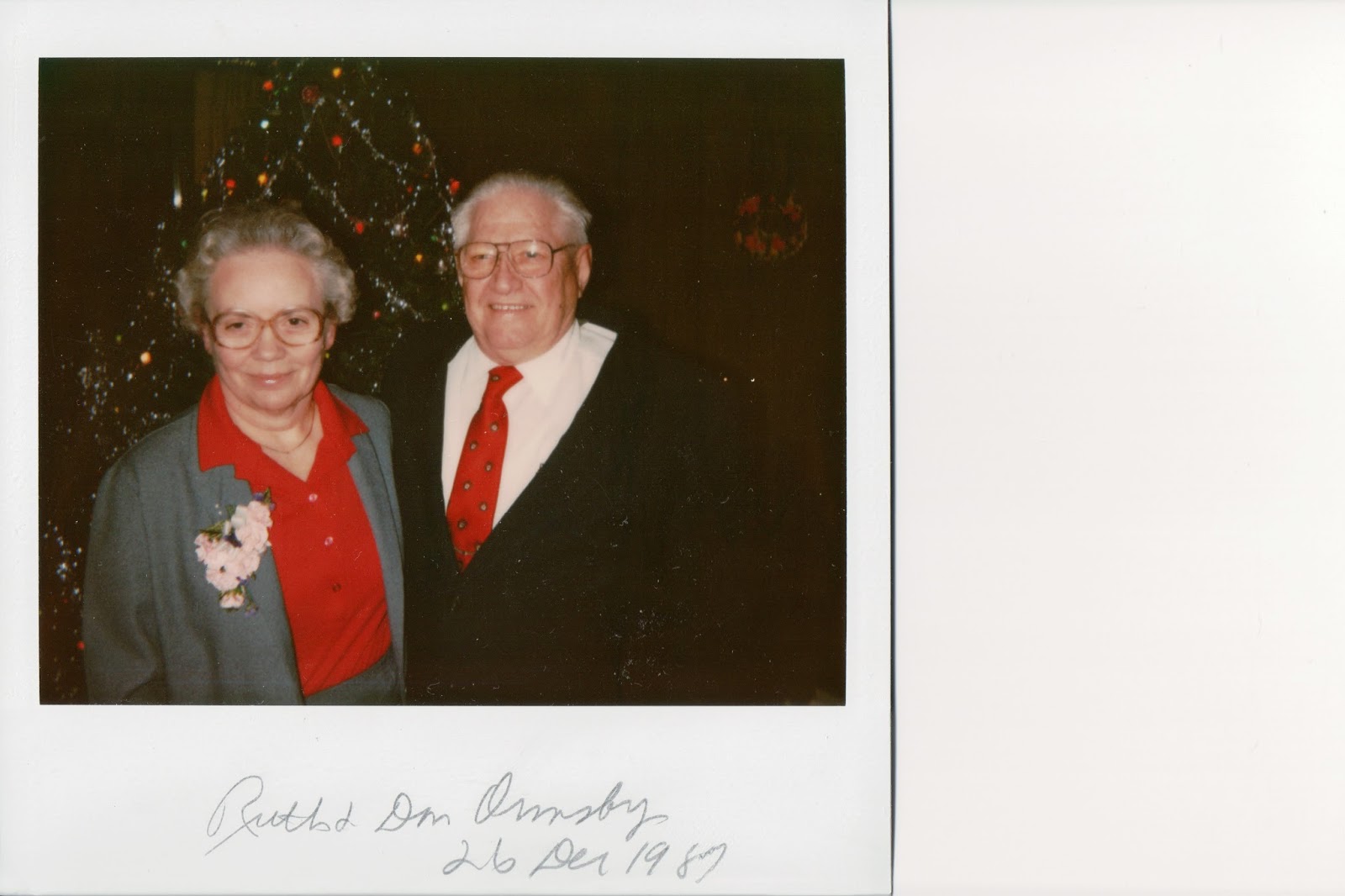 To help celebrate her birthday - after all, what does a 90 year old lady really need? - her daughters came up with 2 things to make it special.

My younger sister Robin planned a card shower.  Notes were sent to everyone we knew to send her a birthday card - whether they know Ruth or not.  As of today, she has received 92 cards from across the country, and is having a lot of fun going to the mailbox every day.

I had planned to take her to lunch at Shorty's BBQ - one of her favorite restaurants.  Unfortunately, northwest Ohio is still digging out from a major snowstorm, so we won't be going today.  We'll try again in a couple days.  As she says - she's old enough to understand that her birthday doesn't have to be celebrated on the exact day.