Thankful Thursday - A Grandparent by Any Other Name...

Is still a grandparent... (apologies to Shakespeare).

There are many names for grandparents - here are a few from my family:

On my father's side -
"Grandma Kern" and
"Grandma Hill"
Grandma Hill was my great-grandmother and Grandma Kern's mother and they've always been known as such to distinguish them.
I never knew my paternal grandfathers. 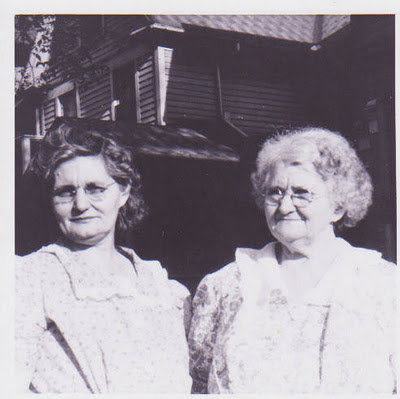 Jessie (Hill) Ormsby Kern and Nancy Jane (Wiley) Hill, 1944
On my mother's side, I had -
"Grandpa"
I never knew my maternal grandmother. 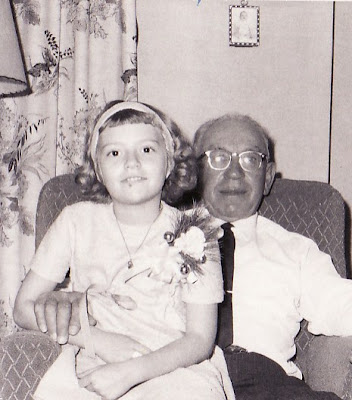 Me with John Steinbrecher, Christmas Eve 1965
My daughters have -
My mother started off as "Grandma".  When my older daughter was three she asked if she could call her "Grammy" instead and it stuck.  When my sister's daughter was little she tried to say "Grammy" but is came out "Goggy".  Now my mother answers to "Grammy" and "Goggy" interchangeably.

My father died before my girls were born.  They learned from family photos that he was their Grandpa but somehow became known as "Old Grandpa" instead. 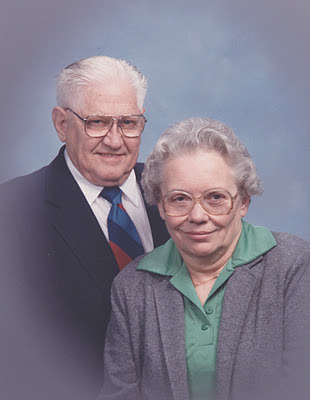 Donald Edward and Ruth (Steinbrecher) Ormsby, 1988
On their father's Austro-hungarian side, the girls had "Oma" and "Opa" - the german terms of endearment for grandparents. 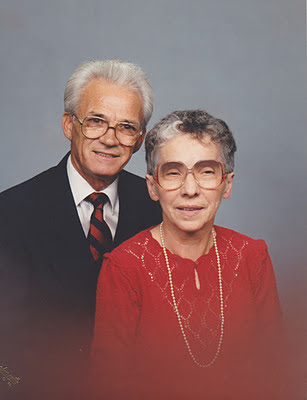 Josef and Gertrude (Parzer) Nagy, 1988
They also had "Ur-Oma", their great-grandmother. 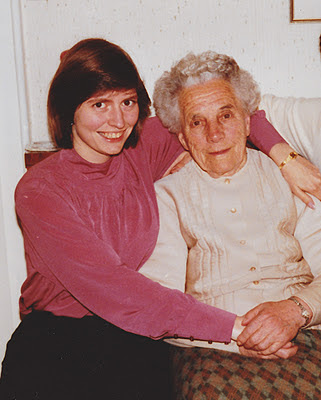