The Daughters of Founders and Patriots of America held their fall board meeting in Yorktown, Virginia to coincide with the Yorktown Day celebration.  Our hotel was right on the York River with a lovely view from each room. 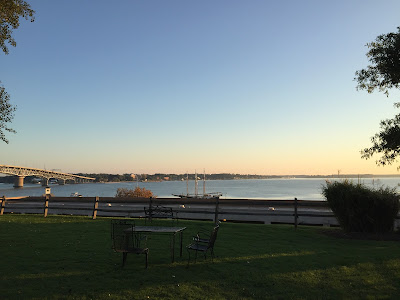 Our first stop was the Grace Episcopal Church - originally built in 1697. 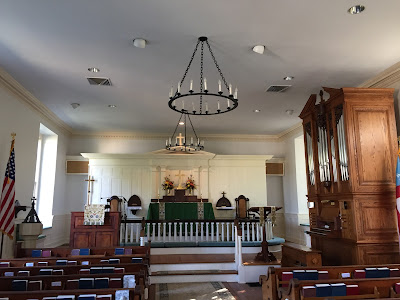 Several prominent people are buried in the church cemetery including Thomas Nelson (hero of Yorktown) and Nicolas Martiau (Huguenot founder of Yorktown). 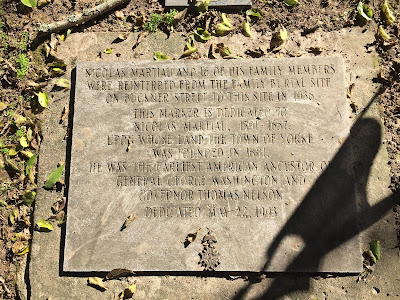 The church was originally built of marl (center) from the York river bank, then reinforced over the years. 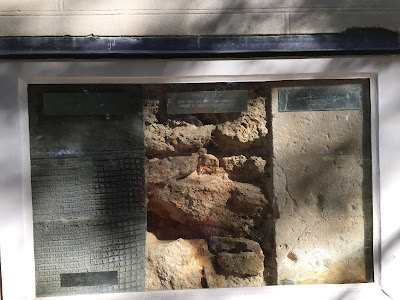 Our next stop was the Rosewell Ruins.  This was the former home of Mann Page and his descendants, all prominent men of early Virginia.  Thomas Jefferson was a family friend and frequent visitor and is said to have  penned part of the Declaration of Independance while staying there. 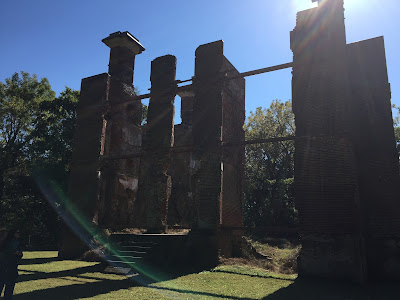 The mansion was destroyed by fire in 1916 and is currently the site of an ongoing archeological project. 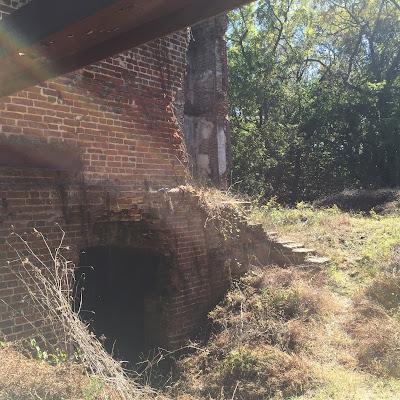 Drawings and models at the visitor center show that it was quite a mansion when it was built. 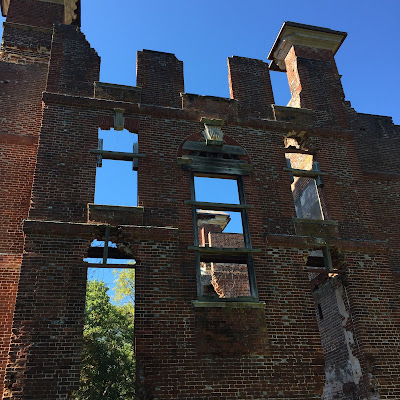 The next day was Yorktown Day - the 235th anniversary of the surrender of the British.  There were several wreath layings and other patriotic celebrations throughout the day.  A parade down main street was led by a group of reinactors and consisted of several patriotic groups. 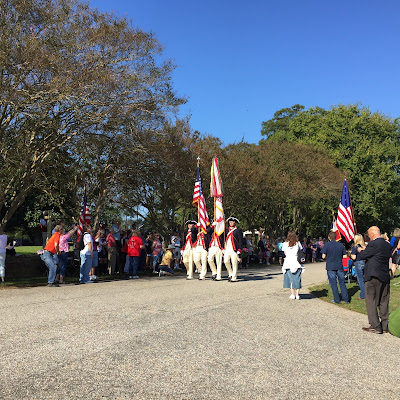 This was followed by a ceremony at the Victory Monument with representatives from several patriotic groups, as well as the consul from France.  A huge wreath was placed on the monument. 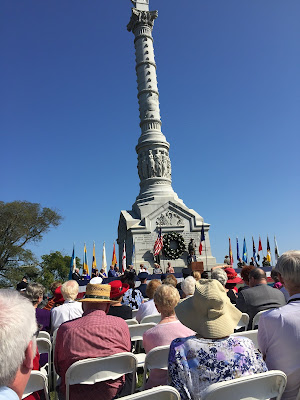 Society Saturday - Baltimore and the War of 1812

The National Board of the US Daughters of 1812 spent a day touring some historic sites in Baltimore.

Our first stop was at Fort McHenry, site of the August 1814 bombardment that inspired Francis Scott Key to write the "Star Spangled Banner". 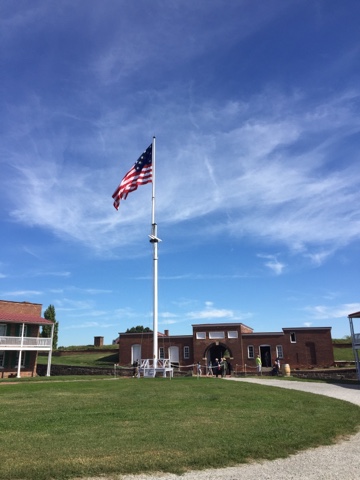 We learned what life was like during the past 200 years of the fort's existence, saw the soldiers' quarters, looked out over the ramparts, examined the cannons, and of course, saw where the flag stood. 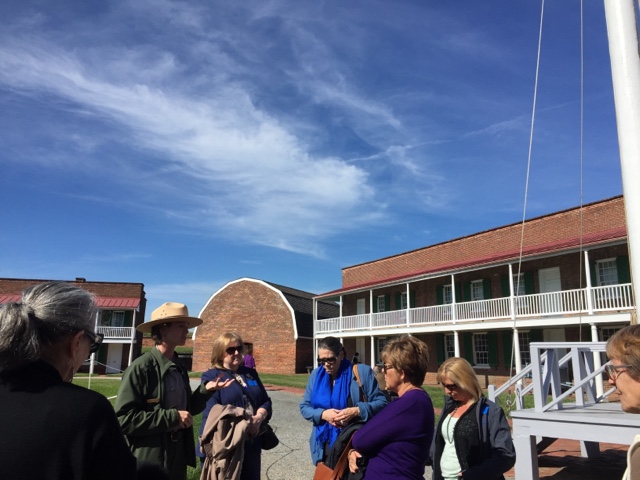 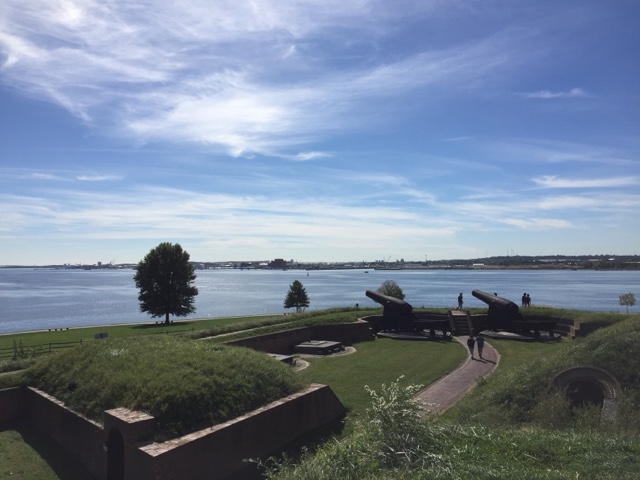 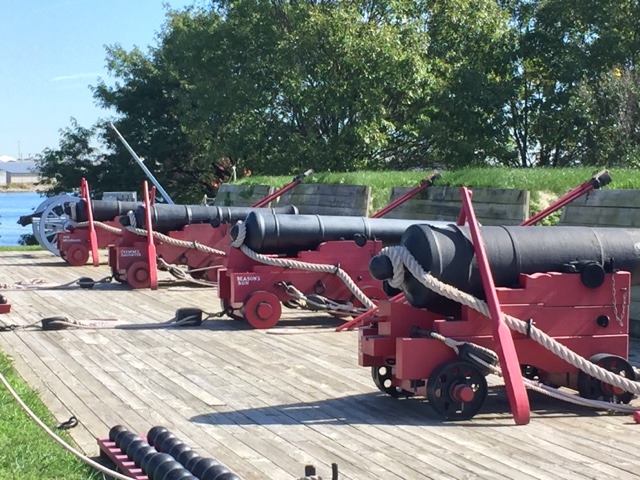 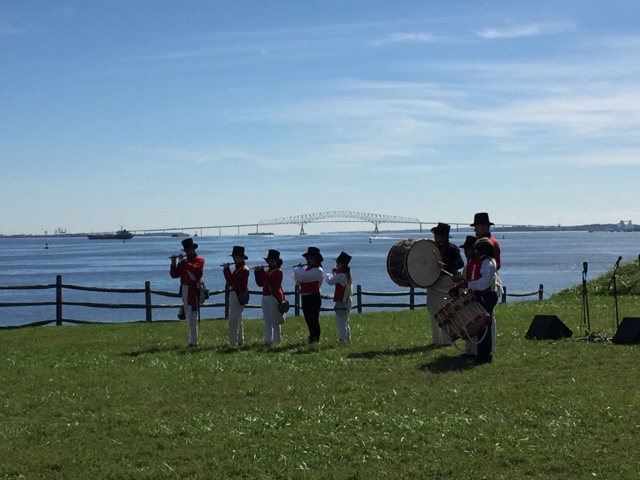 That afternoon, we visited the Star Spangled  Flag house, where we learned all about Mary Pickersgill, and how she made the flag.   There is a museum next door with a wall showing how big the flag actually was - 30 x 42 feet. 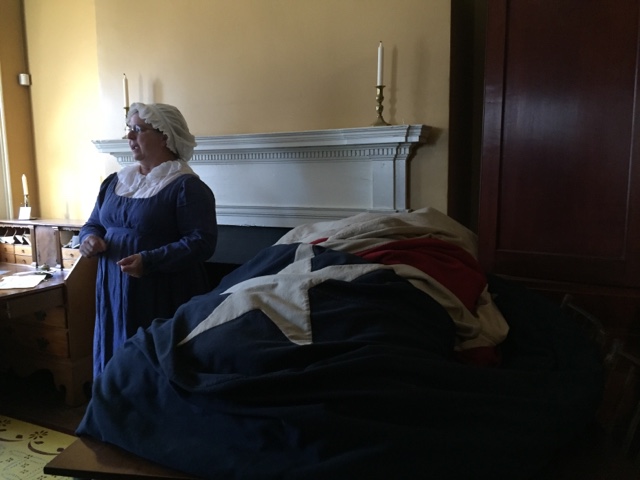 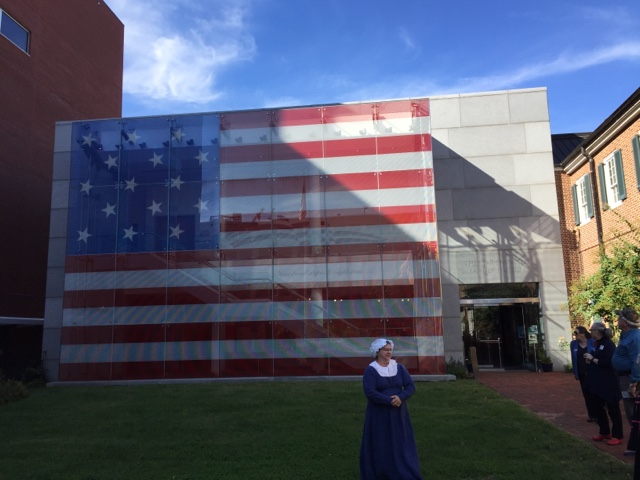 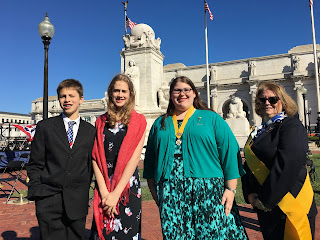 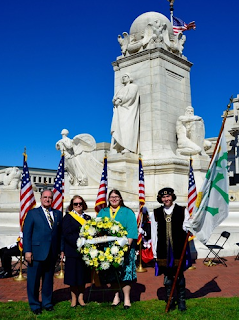 To celebrate the 126th anniversary of the National Society Daughters of the American Revolution, every chapter was asked to do a community service project this week.  Our chapter chose to go to Feed My Starving Children. 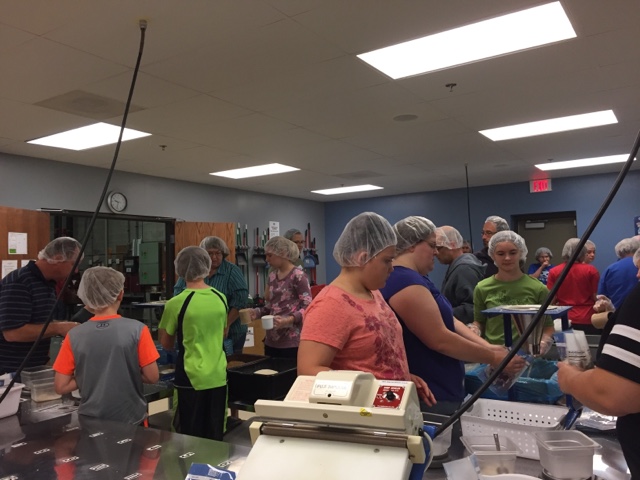 This is a non-profit agency that uses volunteer groups to pack food that is sent to third world countries.  The food is dried rice, soy, vegetables and a vitamin powder. Because of the recent hurricane Matthew, the food we packed was sent to Haiti. 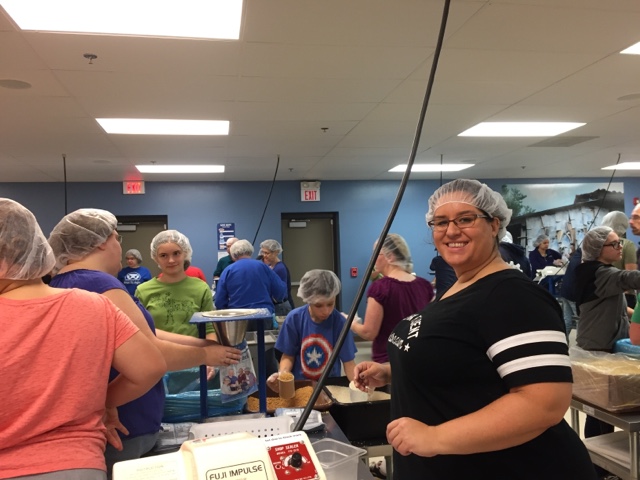 Several members of the Isle a la Cache chapter DAR, along with members of the Pierce Downer C.A.R., had a fun and productive morning for our #DAR #dayofservice.
Posted by Kimberly Nagy at 10/11/2016 06:57:00 AM 0 comments