I have embarked on a new venture.  I have joined a ProGen study group.  We are studying the book Professional Genealogy: A Manual for Researchers, Writers, Editors, Lecturers and Librarians, edited by Elizabeth Shown Mills.  I am in the 20th group of people doing this organized study.

Each month we read one or two chapters of the book and prepare an assignment to coincide with that chapter.  We are organized into 3 sub-groups of 8 people who meet on-line once a month to critique each other's assignments and discuss the book.

This program lasts for about 19 months and the homework has already proven to be fairly time-consuming.  I am looking forward to learning everything I can from this program, and I look forward to getting to know the other study group members while I refine my own skills.

The National Society, Daughters of Founders and Patriots of America had their General Court (annual meeting) in April.  This event lasts almost 3 days.

Wednesday morning begins with an Executive Board meeting.  This is followed by the luncheon of the National Officers Club.  General Court itself begins Wednesday evening with a banquet.

The banquet is in the elegant Mayflower hotel and is always a nice start to the meeting.  After everyone met the National Officers in the recieving line, they were treated to an excellent meal.  Our banquet entertainment this year was a group of ladies who sang selections from the 1940's, in the style of the Andrews sisters. 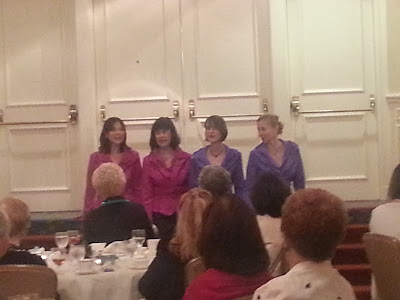 The business meeting of General Court was held on Thursday.  A memorial service was conducted to remember 42 ladies who had died over the previous year.  We were grateful for our pages Frances and Donna who helped with the memorial wreath.﻿ 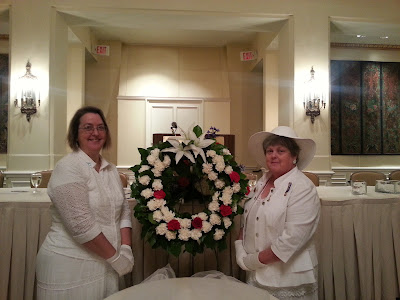 On Friday, there was a brief Executive Board meeting followed by a group tour of the State Department (more on that next week).  After the tour, some of us took the memorial wreath to the Women in Military Service Memorial (WIMSA) for a brief wreath-laying ceremony. 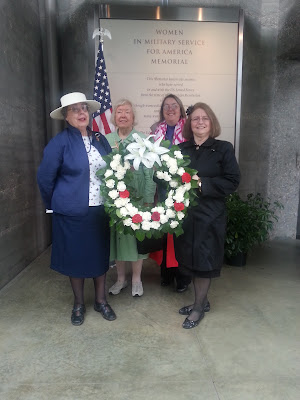 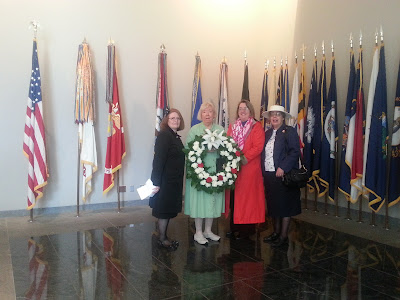 The ladies in the Hall of Honor. 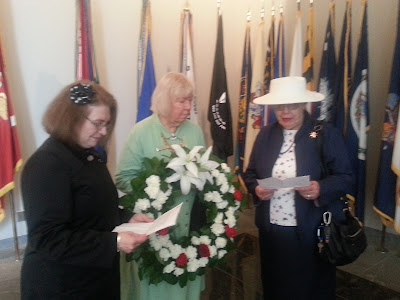 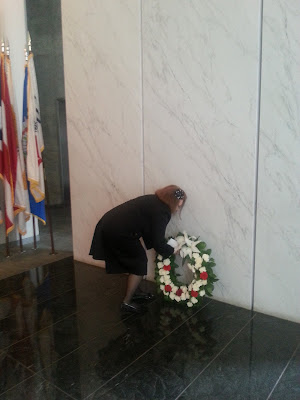 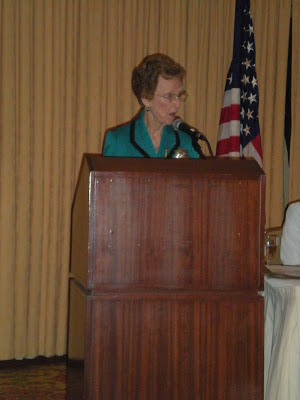 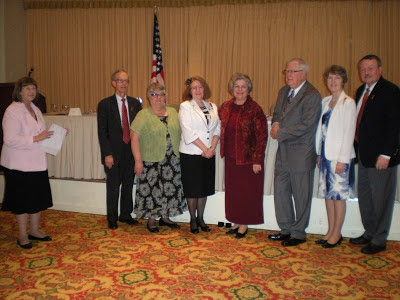 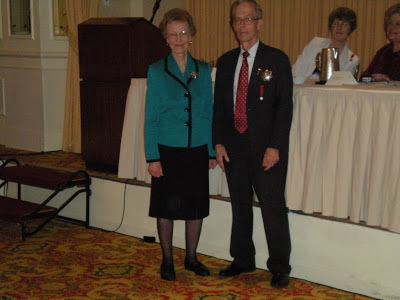 National Society Daughters of American Colonists meets at the beginning of Lineage Week.  Due to other commitments I was only able to attend their Candlelight Supper on Tuesday evening.

This is a formal banquet with candle votives on the table, but there is more lighting in the room than just candlelight.  At the beginning of the banquet, there is a candle lighting ceremony.  Three candles are lit:
After dinner, there are introductions of those seated at the head table.  The introductions are somewhat unique - in addition to the usual name and title, the person giving the introductions will tell something educational.  This year, we learned about state trees.  For example, when the National President Carole Holt was introduced, we learned about the Western Hemlock, the state tree of  her home state, Washington. 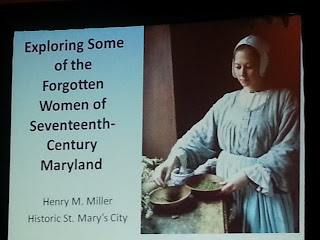 After introductions, we had our program.  Dr. Henry Miller of Historic St. Mary's City gave a very interesting program about some of the women who lived in Early Maryland.  He of course, spoke of Margaret Brent, the first woman in the colony to not only speak before the legislature, but to ask for the right to vote.  He told the story of Anne Wolseley Calvert, wife of Philip Calvert, an early leader of the colony.  He also spoke of several lesser known women who each contributed in her own way to the establishment of the colony.