Every year, on Thomas Jefferson's birthday, there is a wreath laying at the Jefferson Memorial.  This is organized by the DC Chapter of the Sons of the American Revolution and several lineage and other organizations are invited to participate. 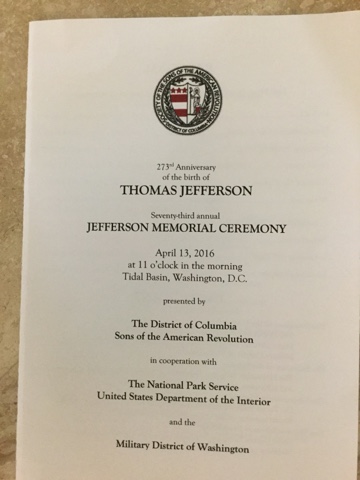 This year, on the 273rd Anniversary of his birth, we attended on a beautiful day.  The ceremony started with the U.S. Army Brass Quintet and the Joint Armed Forces Color Guard.  After being welcomed by the National Park Service, all of the lineage societies began to present their wreaths. 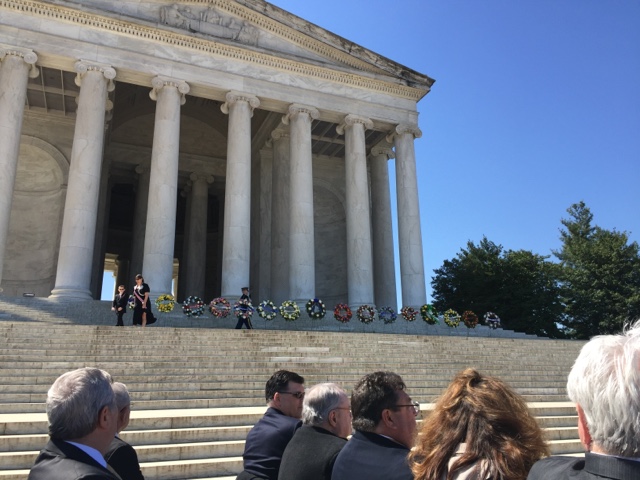 Following the wreath presentations, taps was played and the ceremony was over. 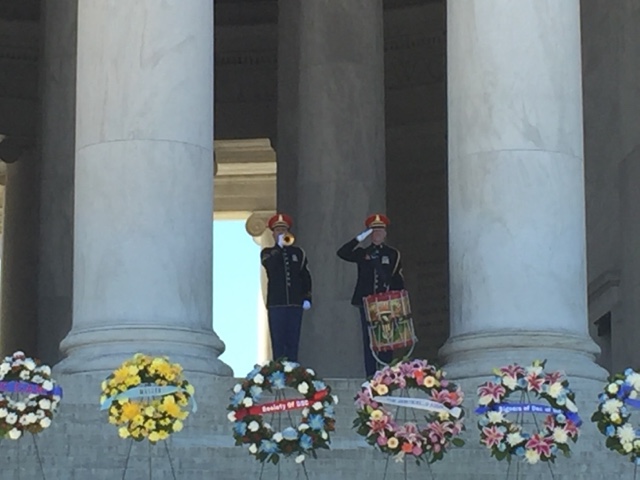 I was proud to represent the National Society Children of the American Colonists and present our wreath. 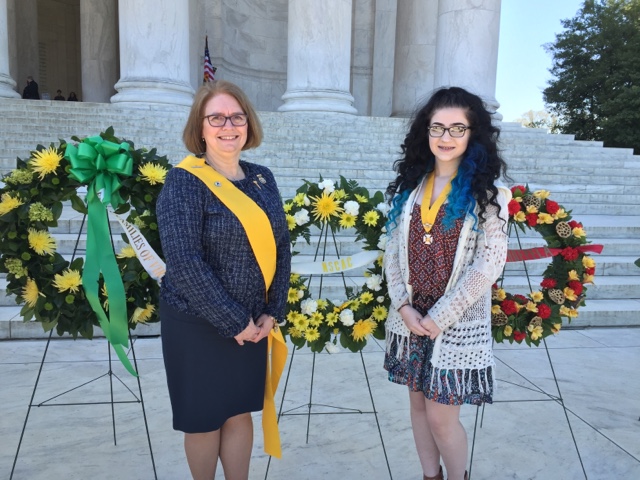 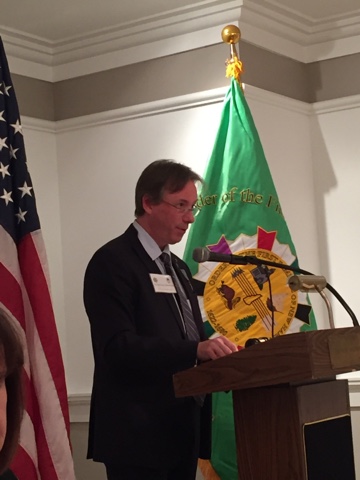 Member Sumner Hunnewell regaled us with interesting tales from Colonial New Hampshire.
- He told us of the Great Carbuncle, a legendary precious stone hidden somewhere in Mount Washington.  It is guarded by an Indian curse, and has not been found to this day.
- He spoke of the Dover massacre during King William's War.  The female Indians would shelter inside the fort at night.  One night, they acted like the Trojan horse and let the warriors in, who massacred many of the colonists.
- one colonist, Samuel Stone, was shot 9 times, and hatchetted twice, but lived to tell about it.
- there was a naval battle between a New York colonial ship and a Massachusetts colonial ship.
- and of course, the story of Lithobolia, or the stone throwing devil of Great Island.  This is a famous story of witchcraft, a land dispute, a disliked government official, and family strife.

Society Saturday- on the Trail of Connecticut's Witches

The speaker at the Associated Daughters of Early American Witches breakfast was Cindy Wolfe Boynton.  She is the author of "Connecticut Witch Trials". 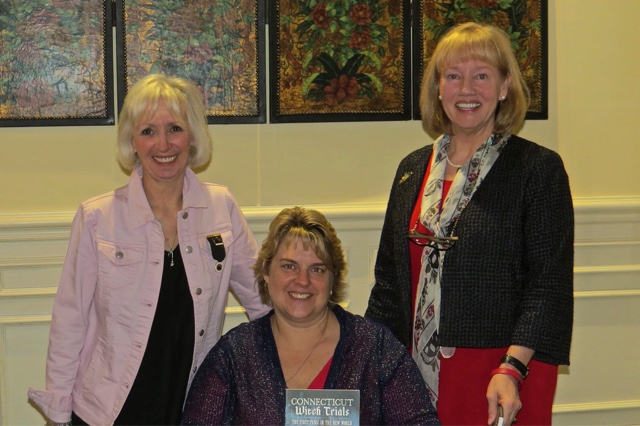 Her current project is creating an app to find all the locations that are significant to the accused "witches" in Connecticut.  Some of the sites include the gallows where Alse Young was hanged  (first executed witch in the colonies), and court sites.  Most of the actual buildings are gone, and some locations are now part of strip malls.  There are nearly completely buried tombstones.

I am looking forward to the launch of her app in the next few months.  Of course, that will mean a trip to Connecticut to find all of the sites.

The National Society Descendants of Early Quakers met at a tea during Lineage Week.  The is a nice congenial society that always agrees in unity when they conduct business. 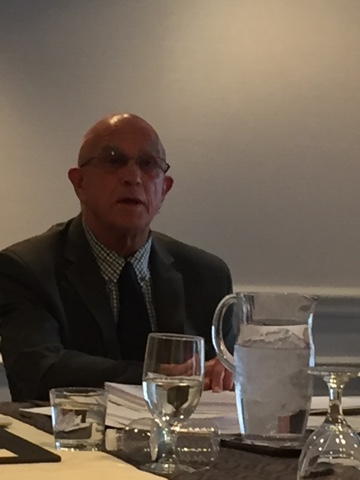 The speaker was member David Grinnell, who descends from several Quaker ancestors.  He spoke on the early history of the Quaker movement.  George Fox started the Quaker movement in England in 1645.  He believed that religion was more than reading the bible, but that individuals should listen to the still small inner voice of God.  He also did not believe in required tithing.

By 1651, his beliefs had spread across England and into the colonies.  Quaker meetings were essentially unplanned worship led by God and the Holy Spirit.  This, of course, was offensive to the Puritan ministers who believed in long sermons and tithing.  Ultimately, the Quakers were persecuted for their beliefs.