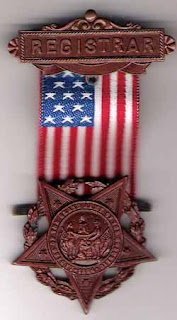 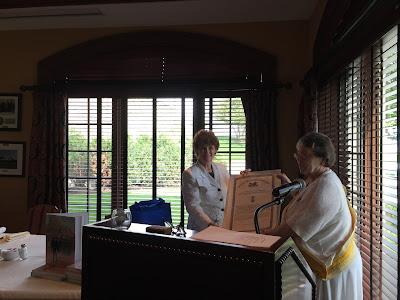 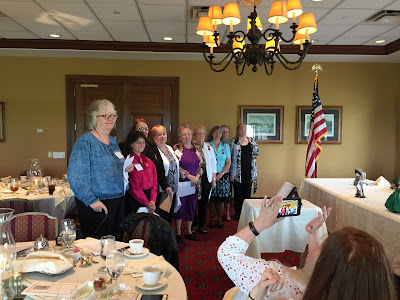 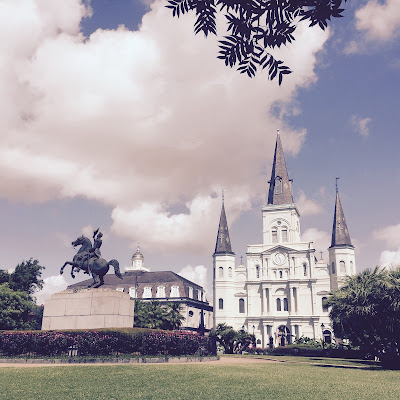 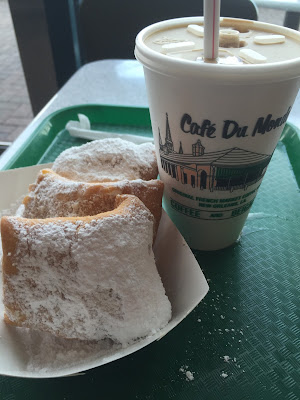 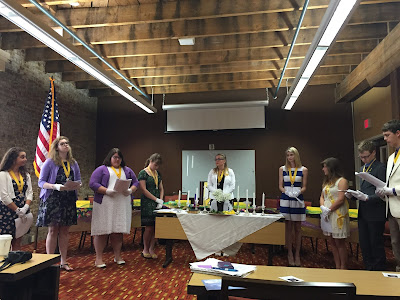 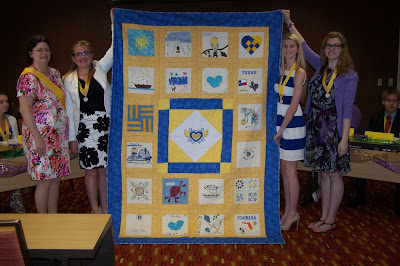 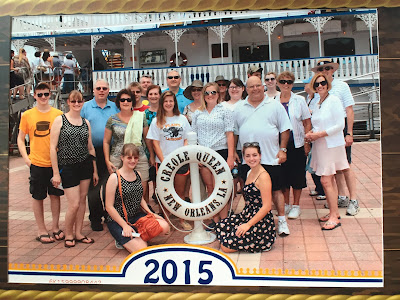 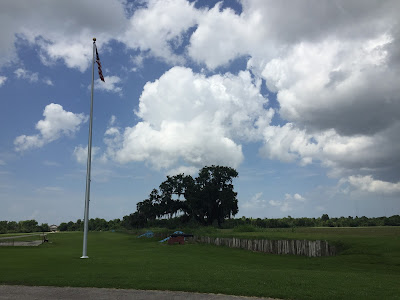 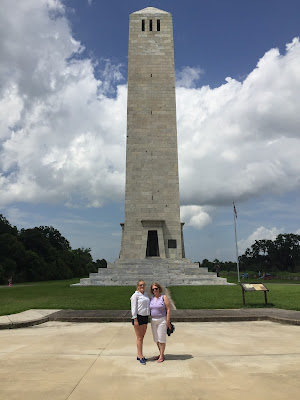 The mansion was built in 1879 by the Nickerson family.  They were replacing their previous residence at the same location which had been destroyed by the Chicago Fire.  The mansion is 23000 square feet with walls over 12 inches thick to help fireproof it.  It was built at a cost of $410,000, which is equivalent to over 80 million dollars today. 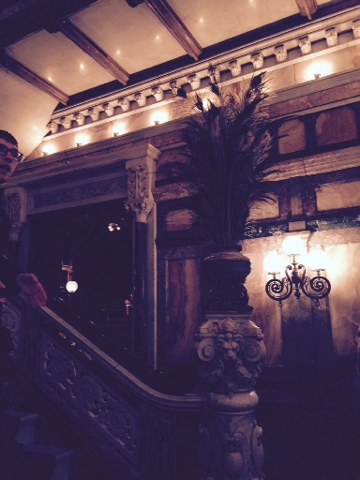 Nickerson sold it to the Fisher family.  When they moved out, the American College of Surgeons purchased it and used it for office space.  The mansion was ultimately bought by art collector and dealer Richard Driehaus to showcase some of his collections.  He restored the interiors, which are all original, and furnished the house with period pieces and artwork.  It is one of the best examples of a Gllded Age Mansion in existence.

Every room is paneled with a different type of wood, and a different style of decorating.  The drawing room features satin wood, including the piano.  There is fine marketry woodwork and carvings along the walls. 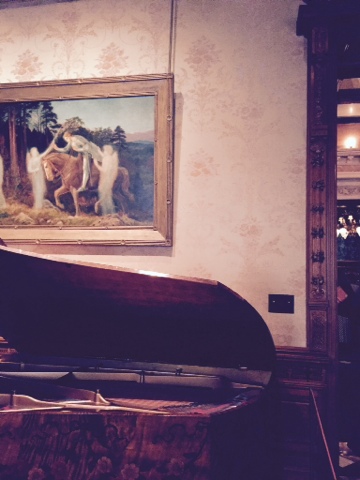 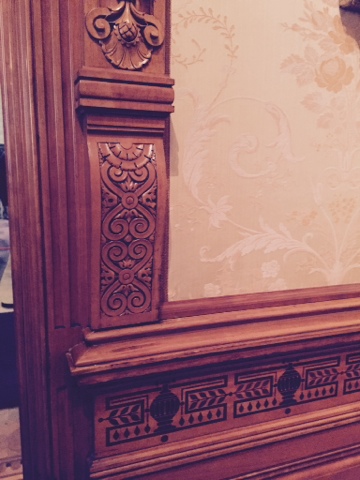 The library is paneled in ebonized cherry wood and is one of the darker rooms of the house.

The gallery has a beautiful domed ceiling.  Nickerson was an art collector and displayed many paintings in this room.  Fisher, on the other hand, was a hunter and displayed animal heads and a tiger rug. 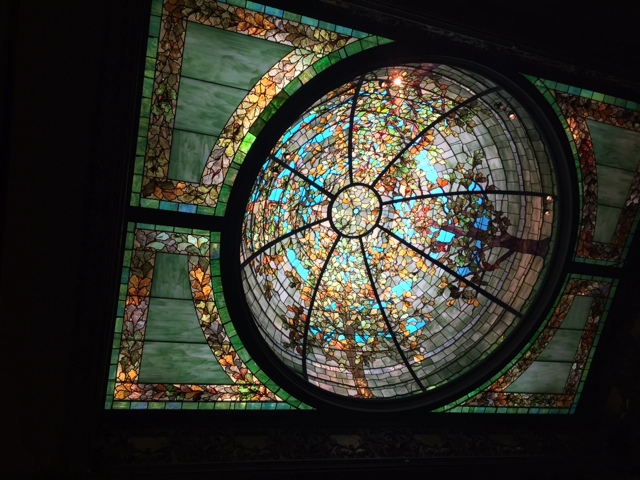 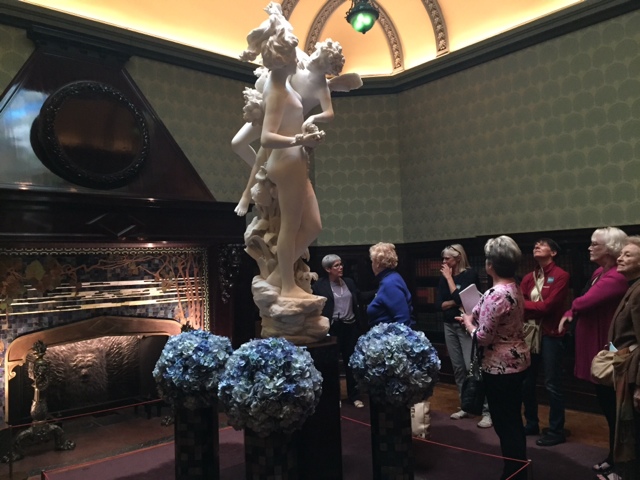 The formal dining room featured favrile glass which used chemicals to provide the colors.  This was a specialty of the Tiffany company. 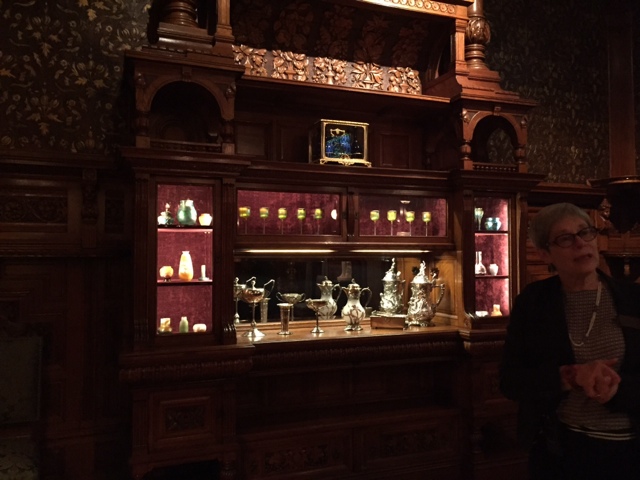 Mrs. Nickerson's bedroom was decorated in a Moorish style with a lot of German and Austrian woodwork. 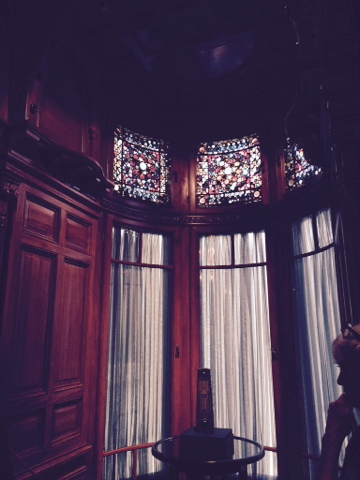 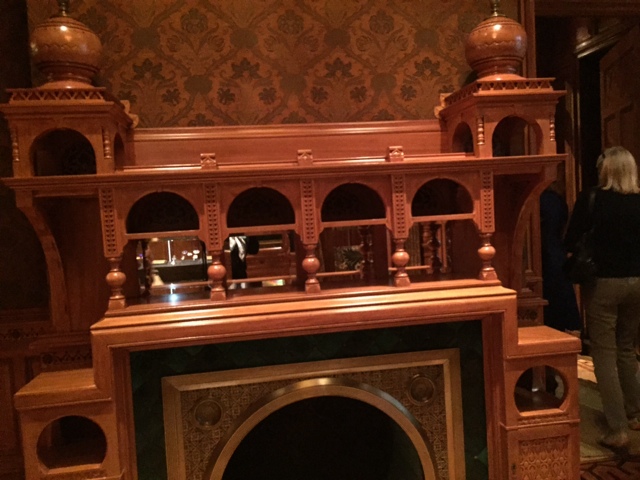 The second floor featured a display of period jewelry including long hat pins and the crown which has been awarded to the Queen of the Lombard lilac festival. 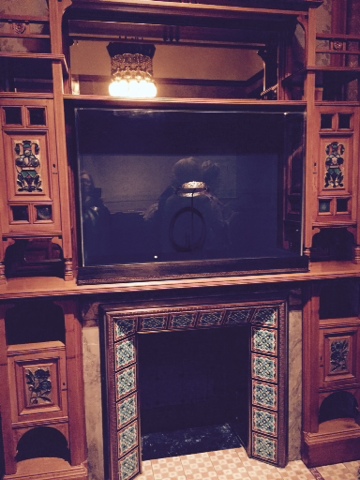 The third floor featured a ballroom with a gallery for the musicians.

And, even the bathroom fixtures were original to the house... 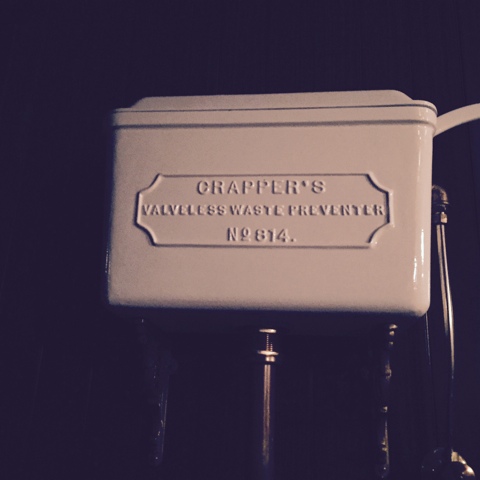 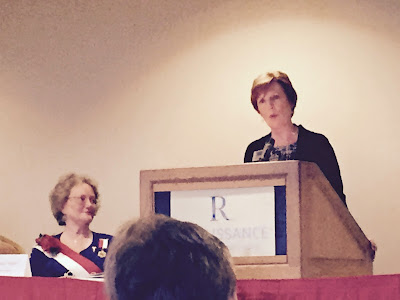 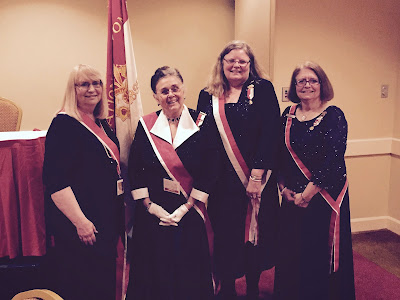