OFFME was founded in 2003 to honor the memory of ancestors who settled in, owned land, or conducted business in what is now present-day Maine prior to 1652. 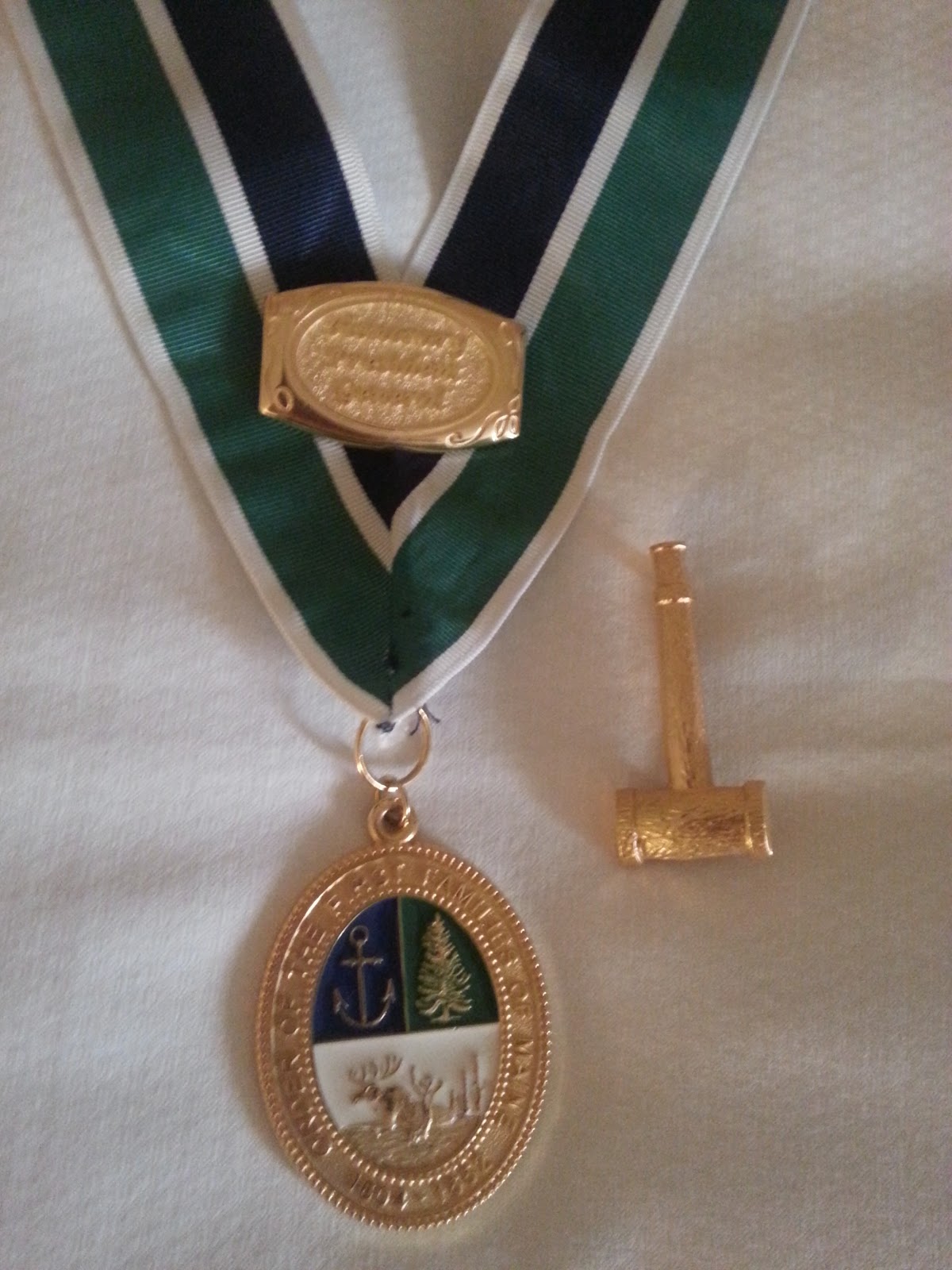 Similarly, OFFNH was founded in 2009 to honor the memory of ancestors who settled in, owned land, or conducted business in what is now present-day New Hampshire prior to 1680. 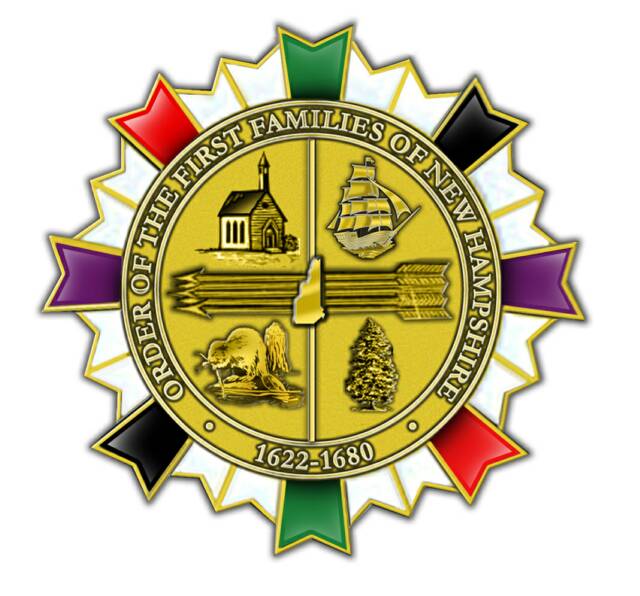 There is an overlap of membership between the two organizations, and similar missions.  Both organizations donate to historical charities in Maine and New Hampshire, respectively.  Because of this, they have a joint meeting every April. 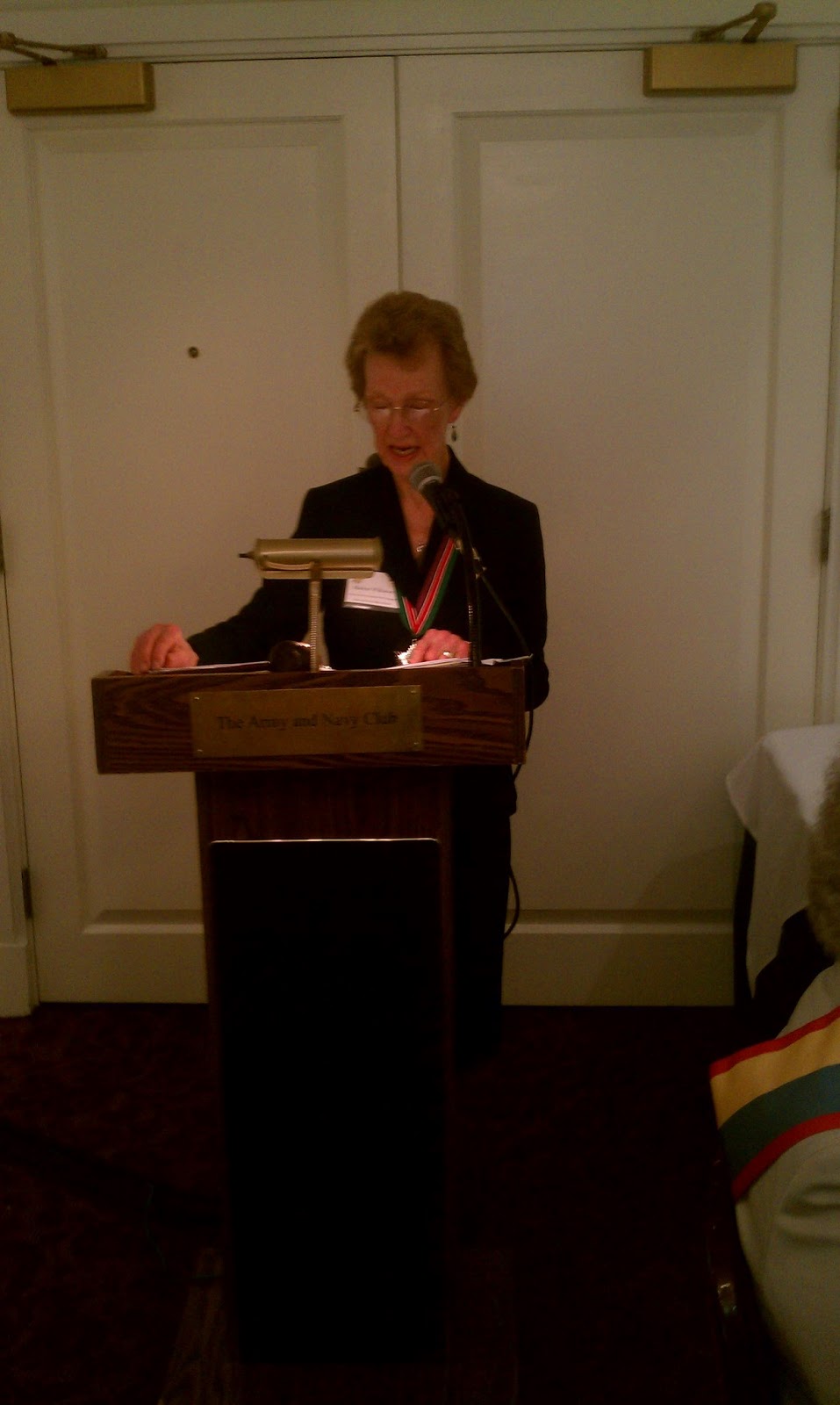 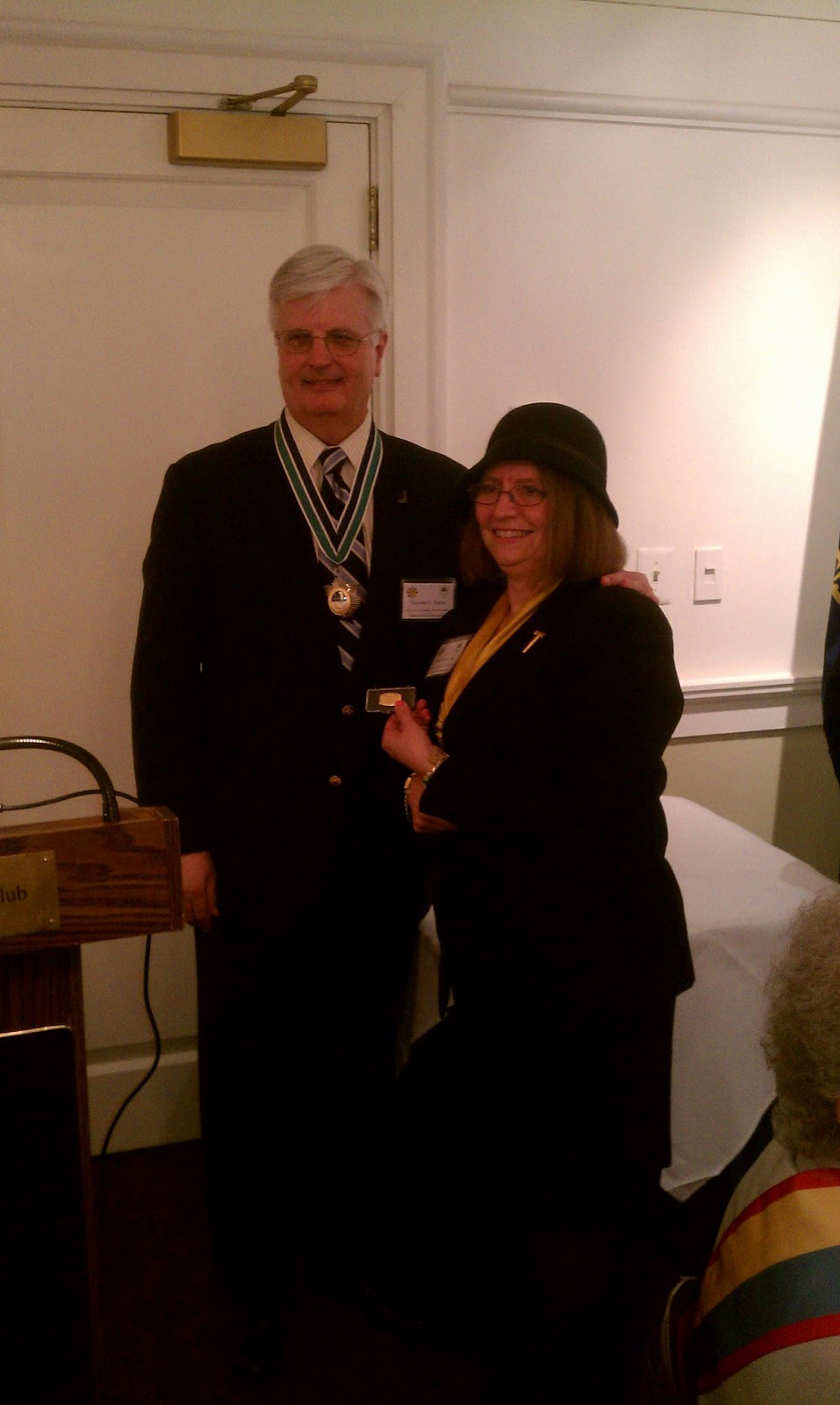 This was an election year for OFFME, and the new slate of officers was installed.  New OFFME President General Timothy Finton was installed, and the members enjoyed refreshments and fellowship.

Tuesday morning of lineage week started with the Friendship Breakfast of Children of the American Colonists.

The Children of the American Colonists is an organization for boys and girls age birth to 22.  The objects are patriotic and educational.  Members trace their lineage to a colonist who rendered civil or military service to the colonies prior to July 4, 1776. 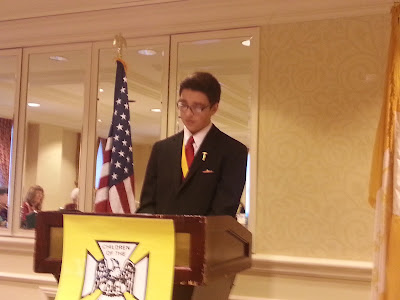 Every year, the Society chooses a project to fund that reflects its purpose.  National President Anthony Panei told us about his national project. He is raising money to restore the old schoolhouse at St. Clement's Island in Maryland.

National Lineage Week started on Monday with the Annual Rendezvousof the National Society Women Descendants of the Ancient and Honorable Artillery Company. 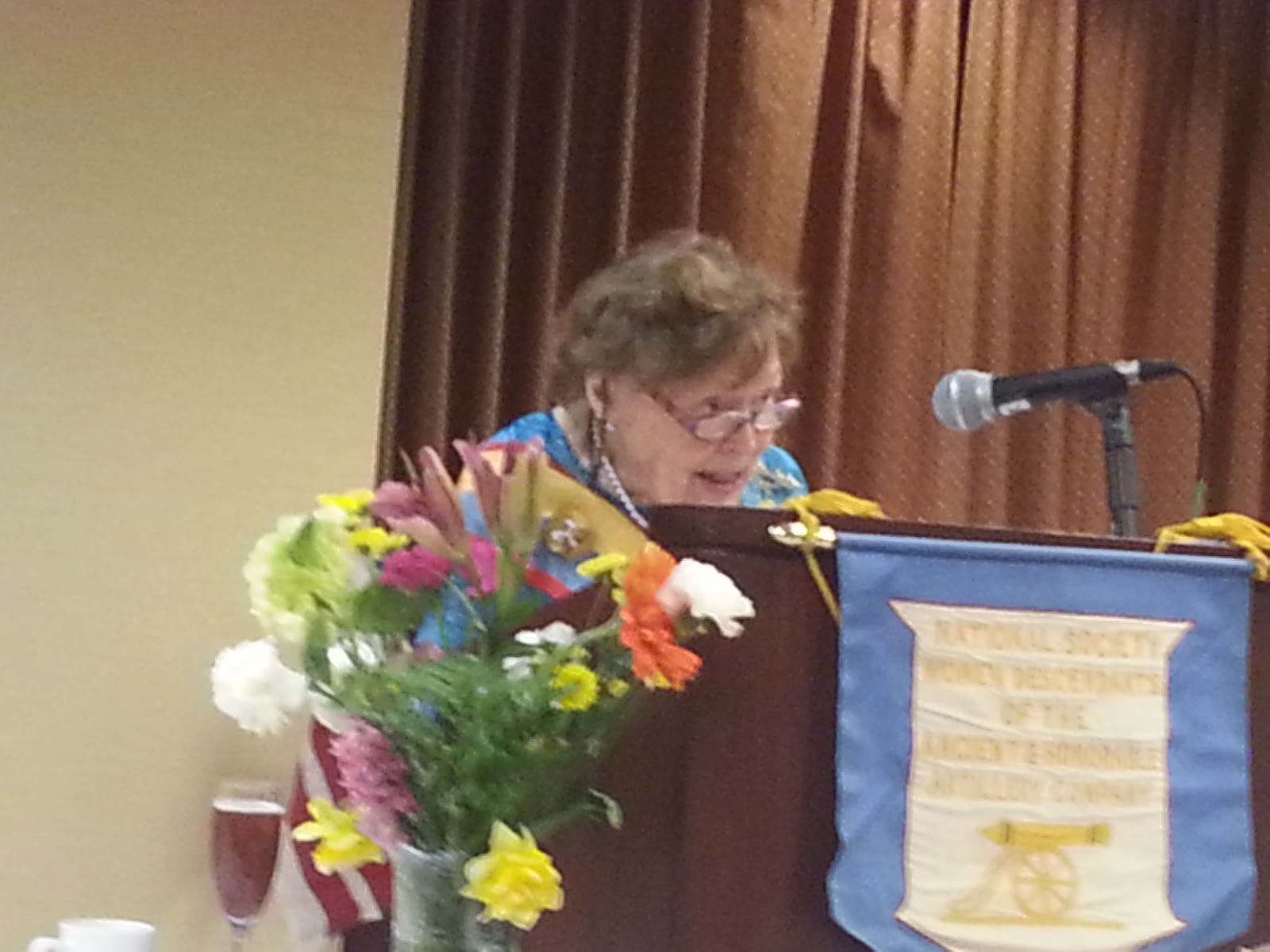 At the Banquet, our speaker was Dr. Nancy Bazar who told of her quest to confirm the history of her house as a stop on the underground railroad. 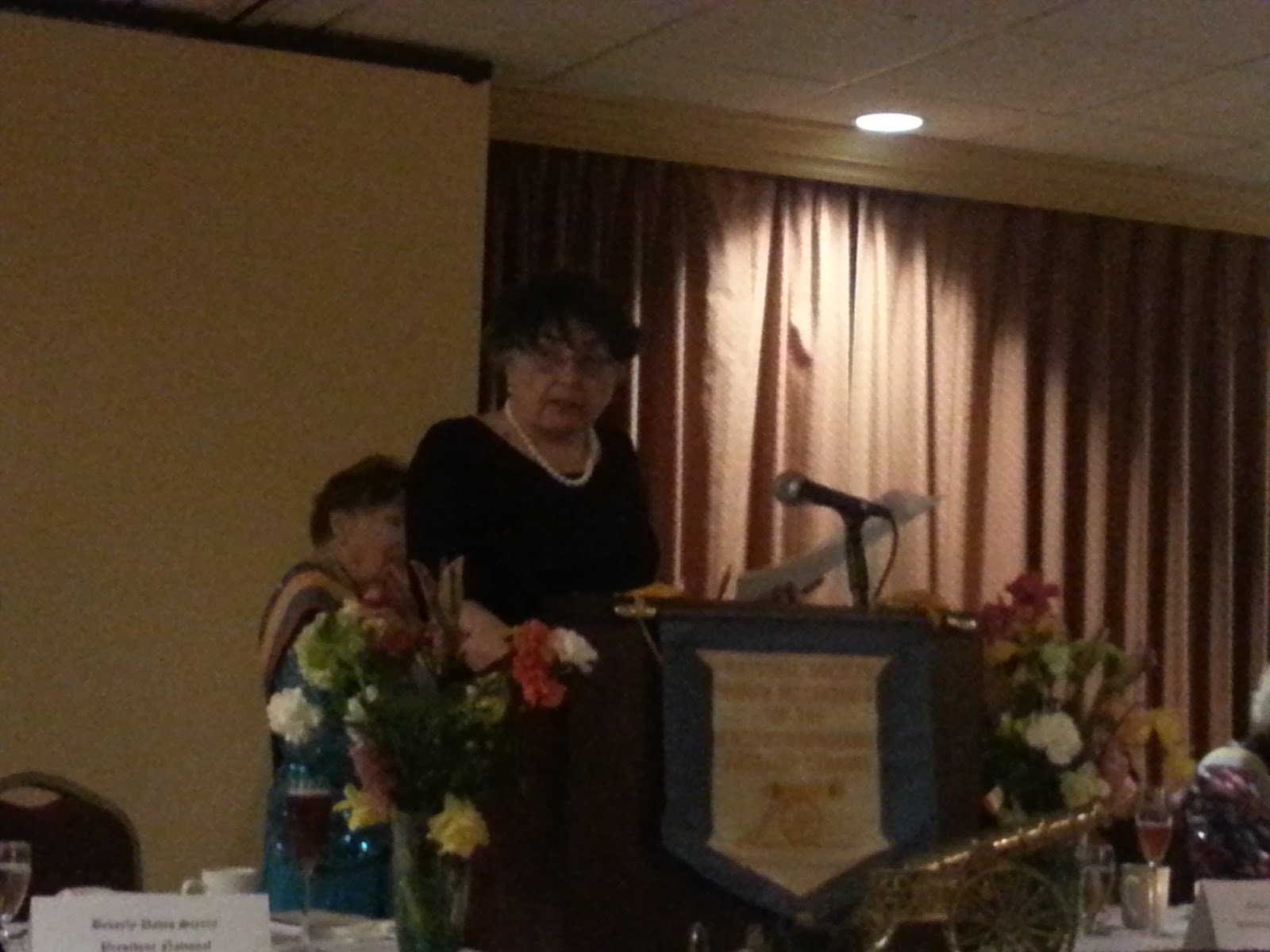 After the program, new officers were installed.  Jeannine Kallal was installed as the new President National.  She will lead the society for the next 3 years. 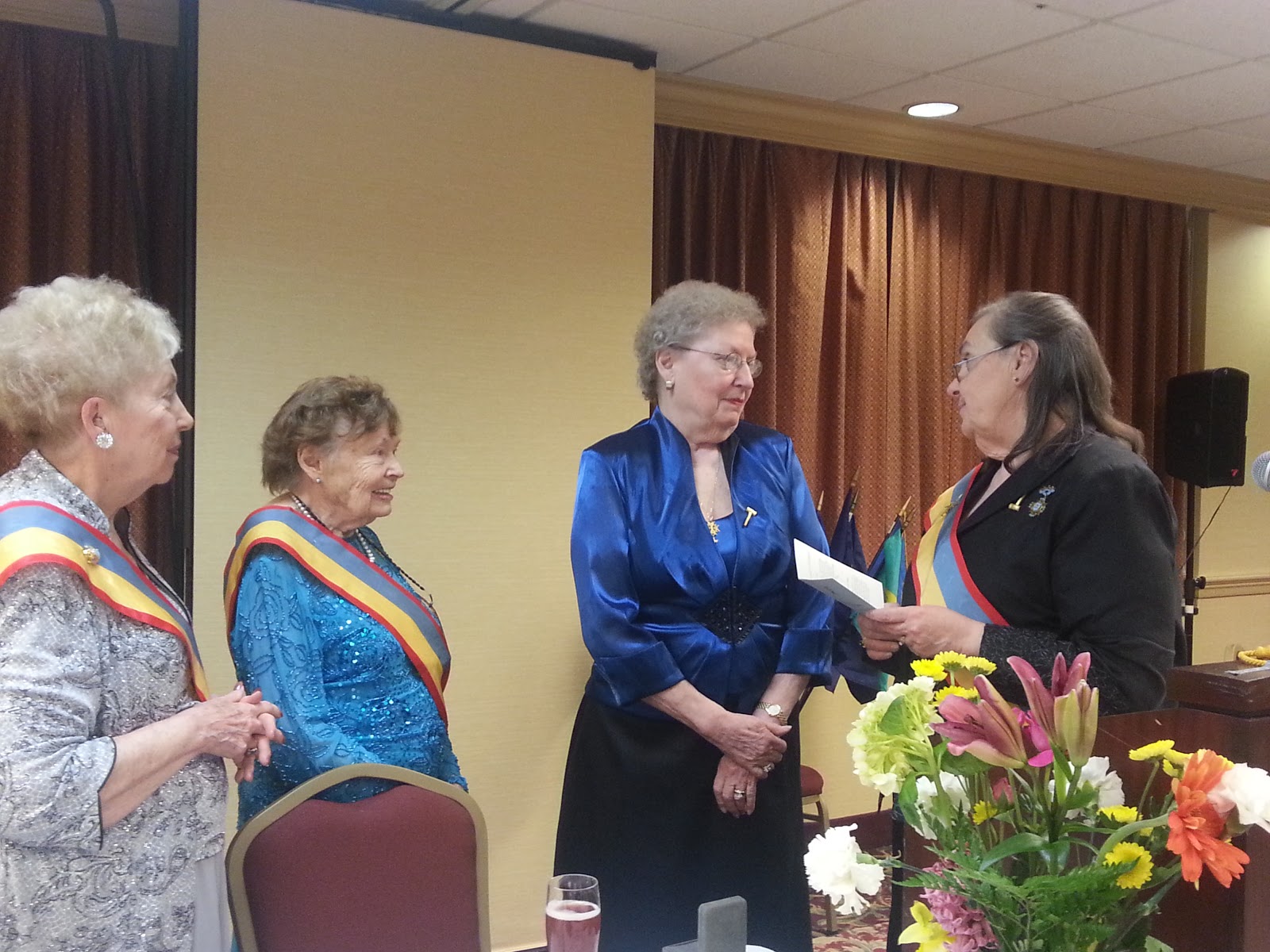 The Illinois Chapter of the Continental Society Daughters of Indian Wars was honored to have our Governor General visit us for our March meeting.

Governor General Shelby Dean Ward is from Alabama and gave us a very interesting program about how the Native American conflicts helped shape history in Alabama as well as much of the southern US. 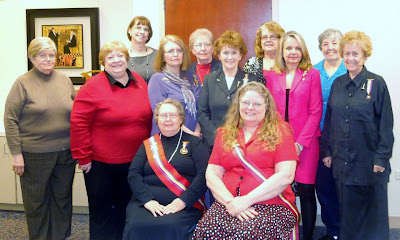 
The Continental Society Daughters of Indian Wars is an organization that will celebrate its 25th anniversary this fall.  Membership is through lineal descendant from a Native or immigrant American ancestor who participated in any capacity in actual hostilities, one against the other, or in any other activity with each other, during the period May 14, 1607 to 1900.  In other words, anyone who fought for or against Native Americans in any conflict from the Pequot War (1637) through the Apache Wars (1900), or anyone who worked with Native Americans as a trader, missionary, interpreter, etc.

CSDIW has one charitable function - they provide Scholarships to Native Americans who are attending college with a career goal of providing education or social service to other Native Americans.  The scholarship is funded by donations.  When a member makes a donation of a given amount, they receive a pin as a thank you gift.  Four Illinois members donated this year, and received a small pony pin from Governor General Ward. 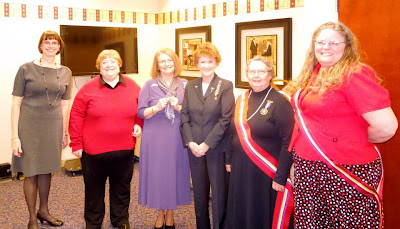