This week I attended a memorial service for an old friend, Mary Elizabeth Partridge Albright. 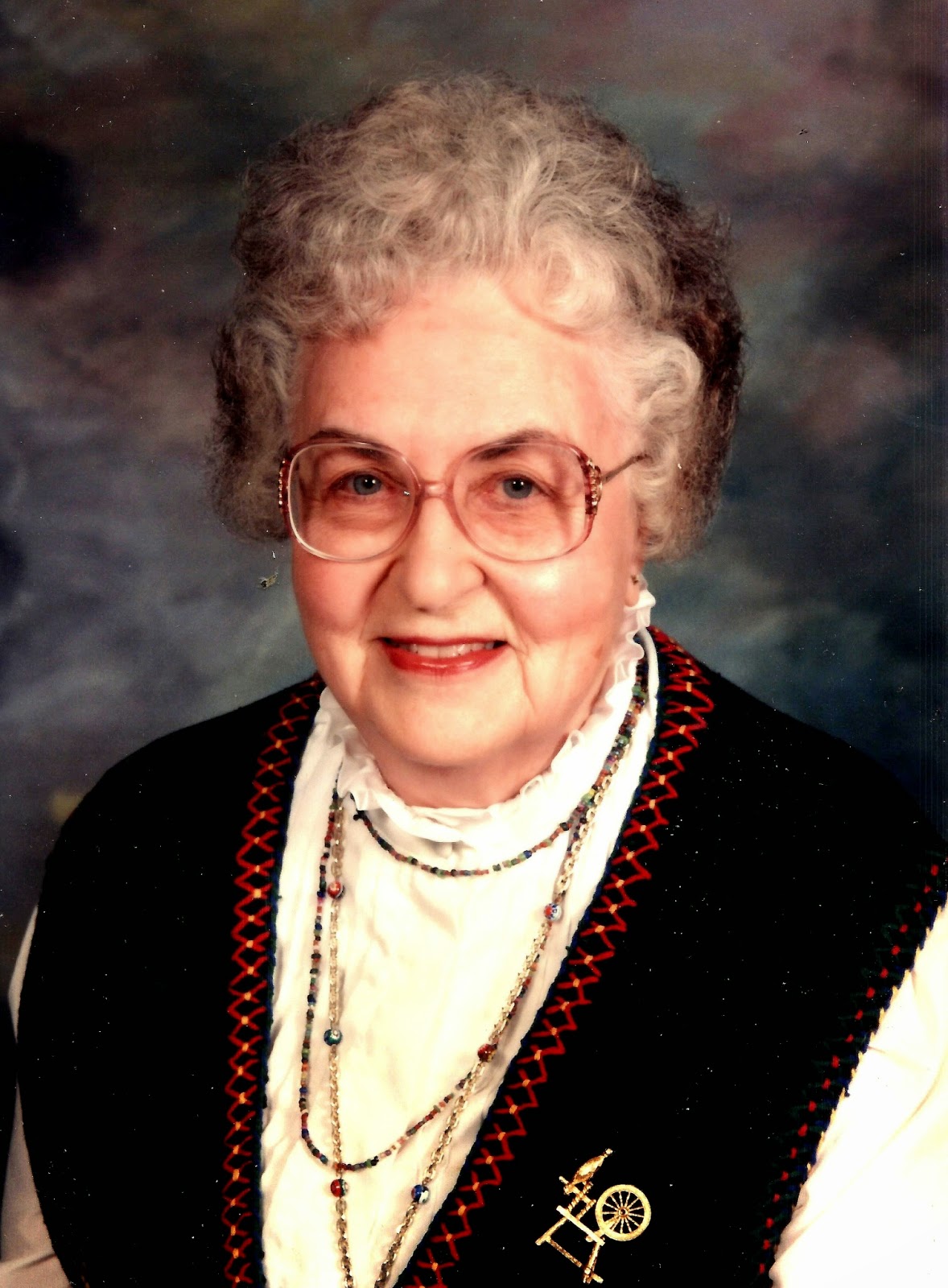 I met Mary in 1995 when I transferred into her DAR chapter.  Despite the fact that she was old enough to be my grandmother we became friends.

During my term as DAR chapter Regent she was very helpful and supportive.  In fact, she was willing to hold offices even though she was up in years and had already served as Regent.  It was because of that the chapter honored her by naming her an Honorary Regent.

Mary helped me join some other organizations as well.  In addition to the Daughters of the American Revolution, we were both members of New England Women, Ancient & Honorable Artillery Company, Daughters of Founders and Patriots of America, and Daughters of Colonial Wars.  Mary was very proud of her New England Heritage, having descended from families like the Partridges and the Bulkeleys.

Unfortunately, over the past few years, her health had declined and she no longer attended meetings of our lineage societies.  We still stayed in touch.

Mary died on 7 July 2014, just one day shy of her 99th birthday.  She is now resting with her husband in Cornell, IL. 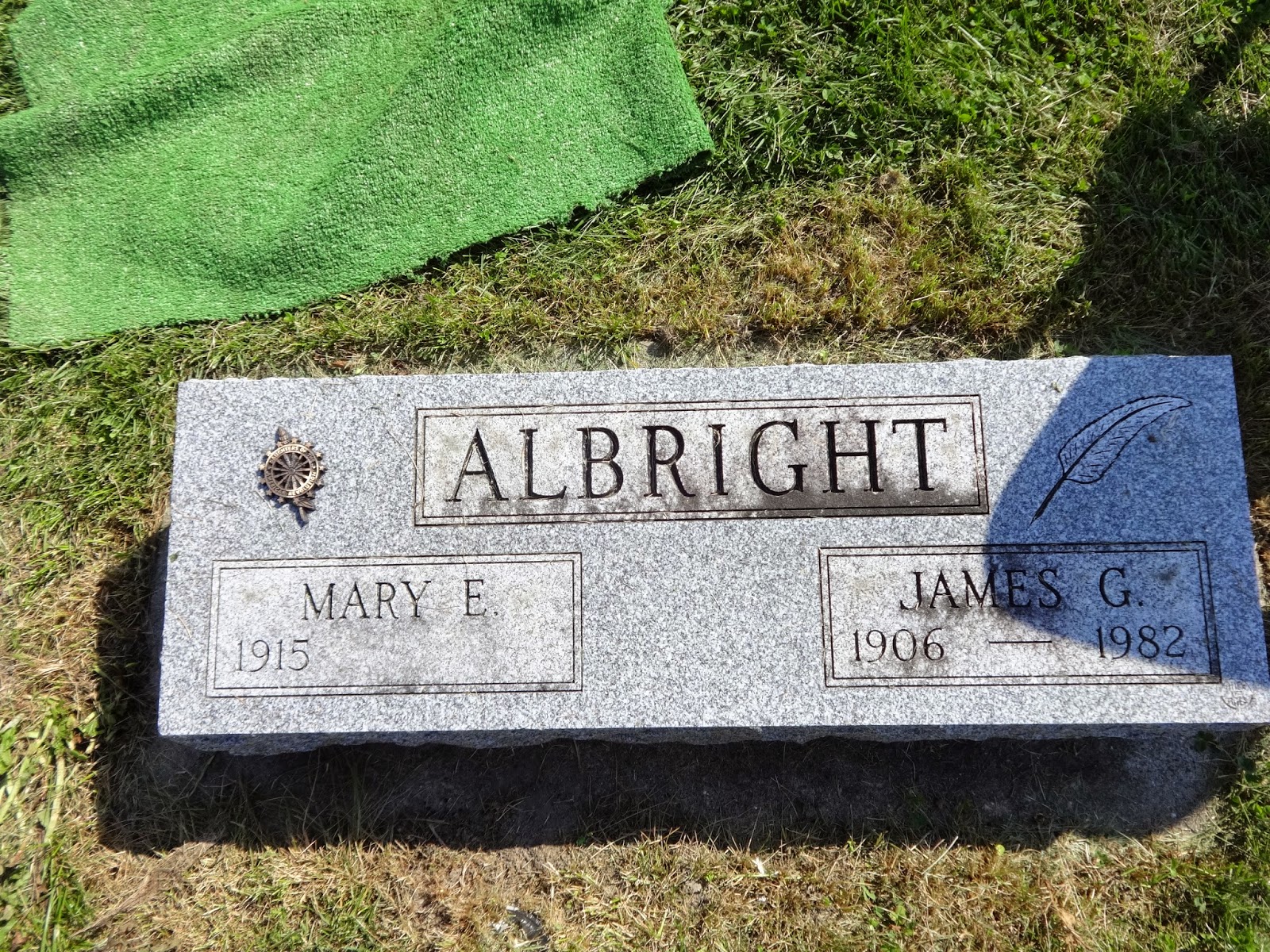 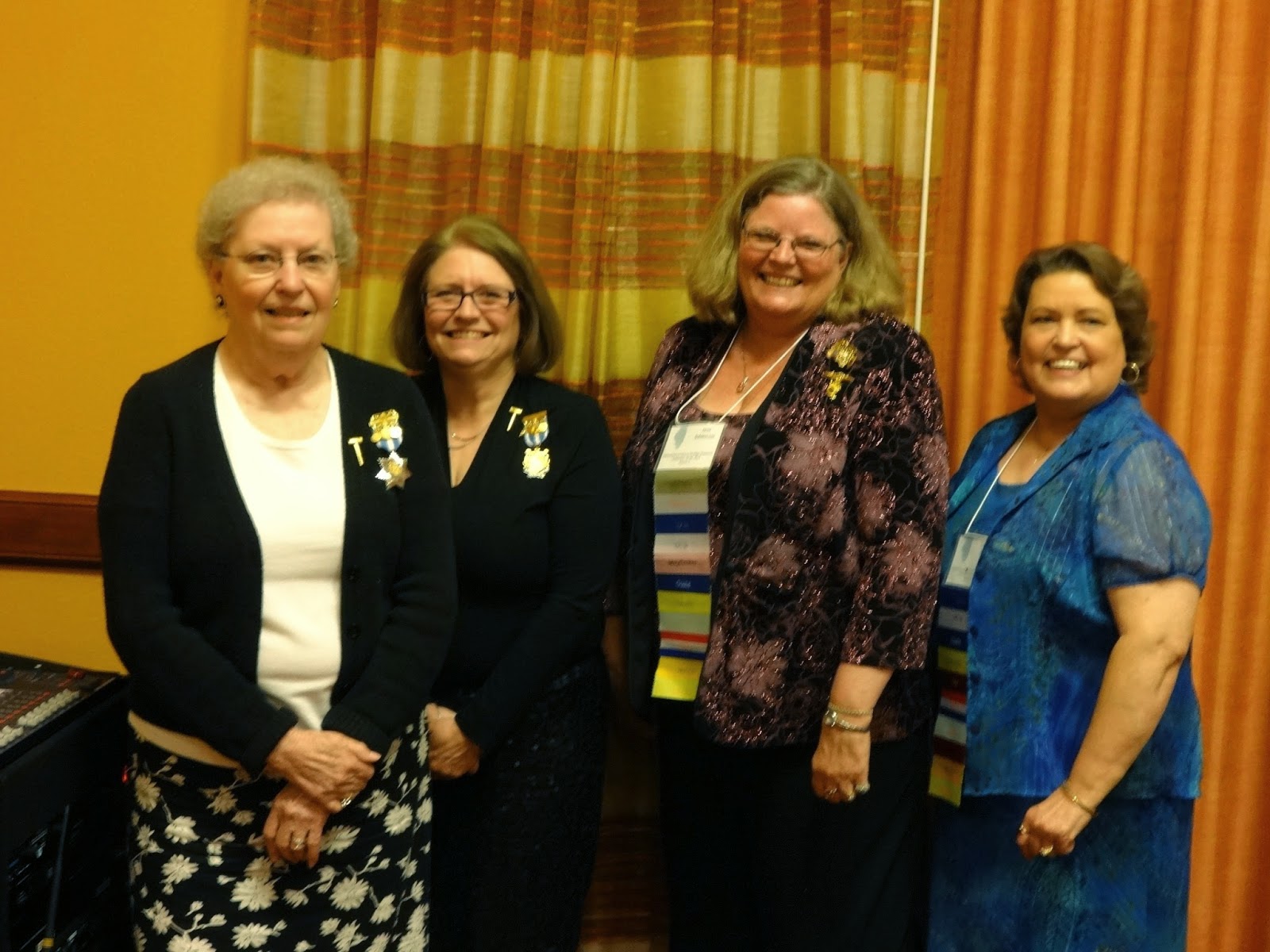 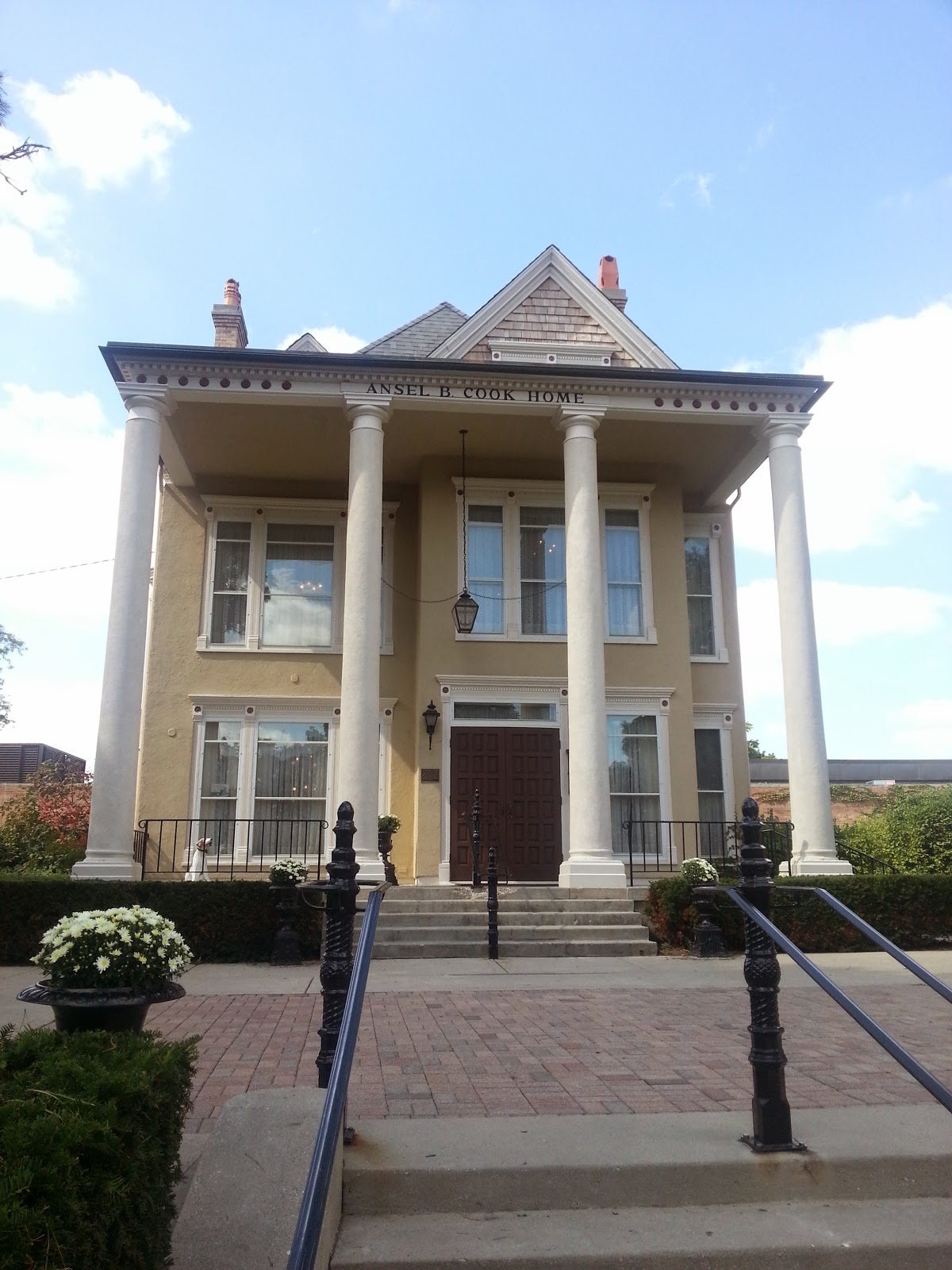 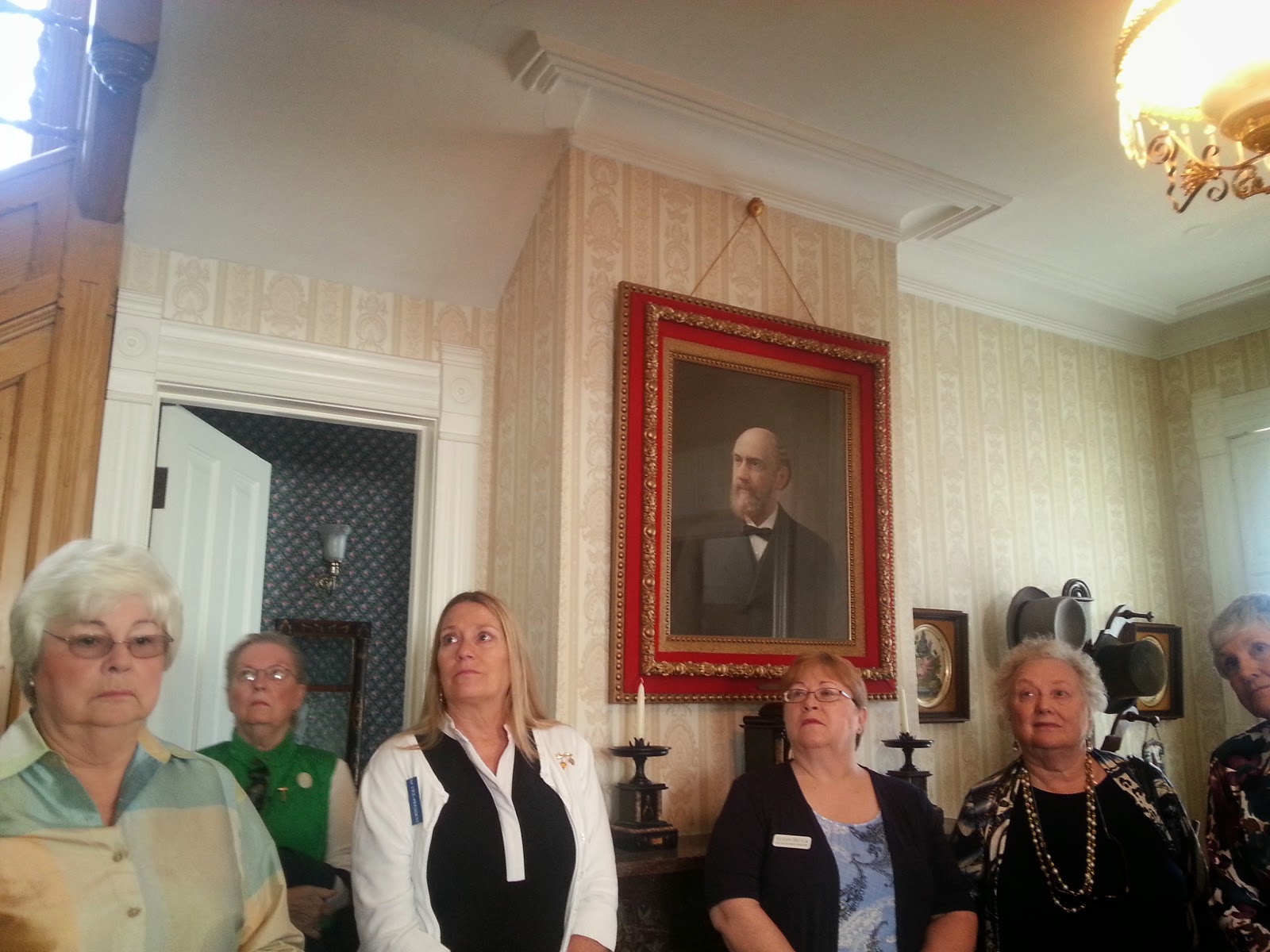 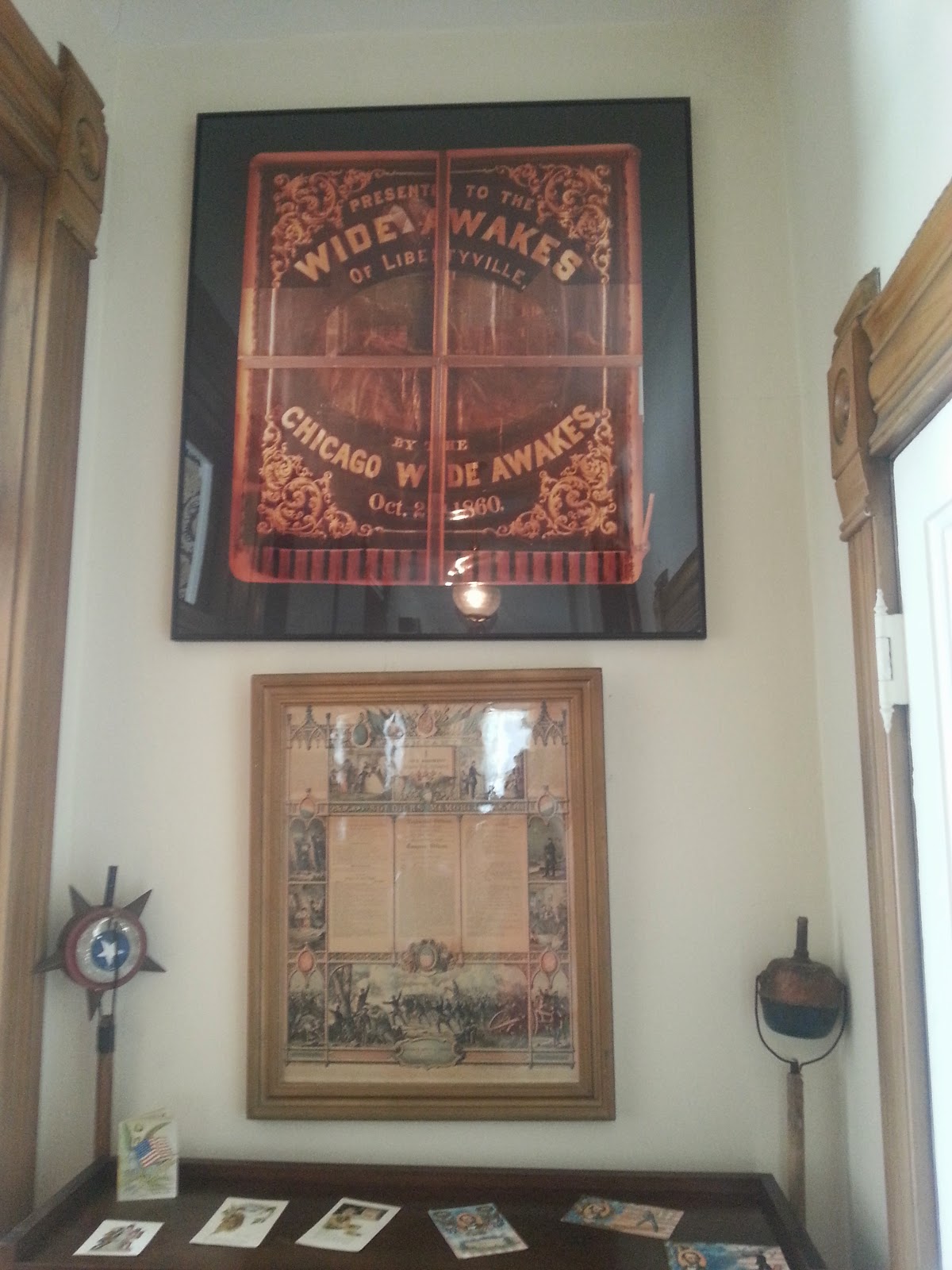 OK, so this isn't really about a Society event, but it is a follow up to a previous Society Saturday post.
I previously discussed the Merci Train, which I learned about through a program at a Sons & Daughters of the Pilgrims meeting.
On my way to the Ohio Genealogical Society conference (back in April), I stopped to see one of the Merci Train  box cars.  This car is in Port Clinton, Ohio on the Camp Perry National Guard Base.  I was surprised at how short the car actually was. 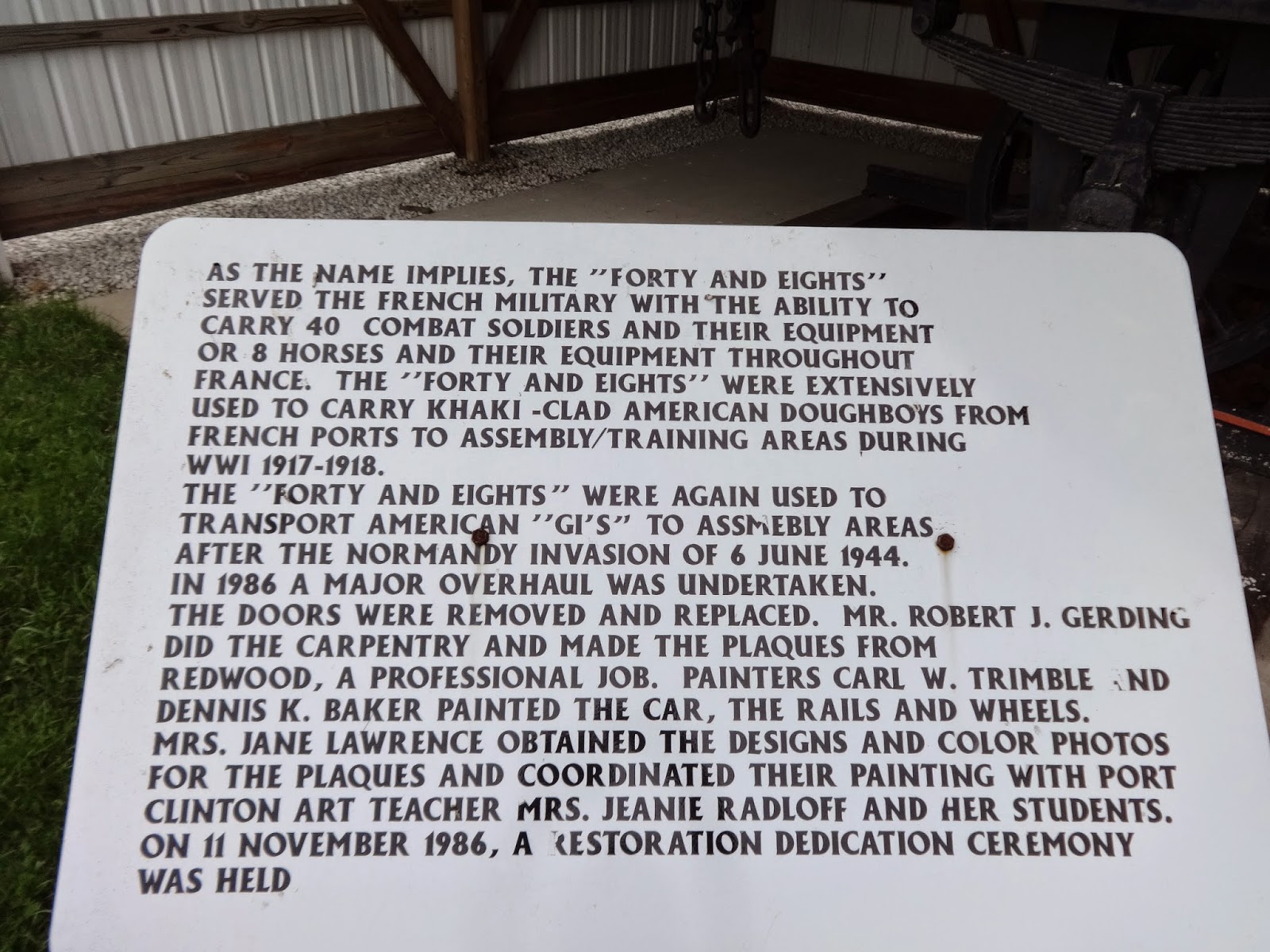 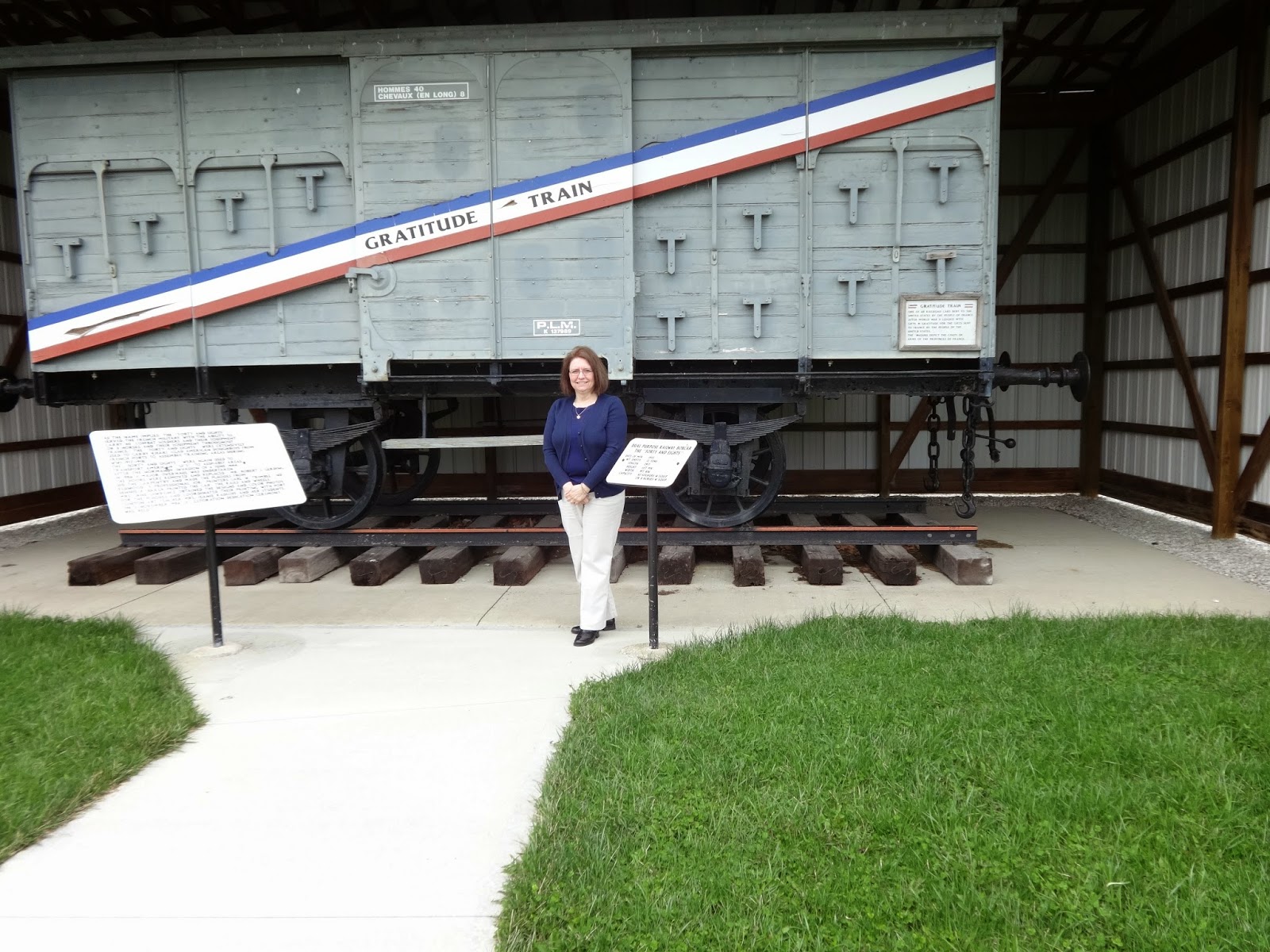 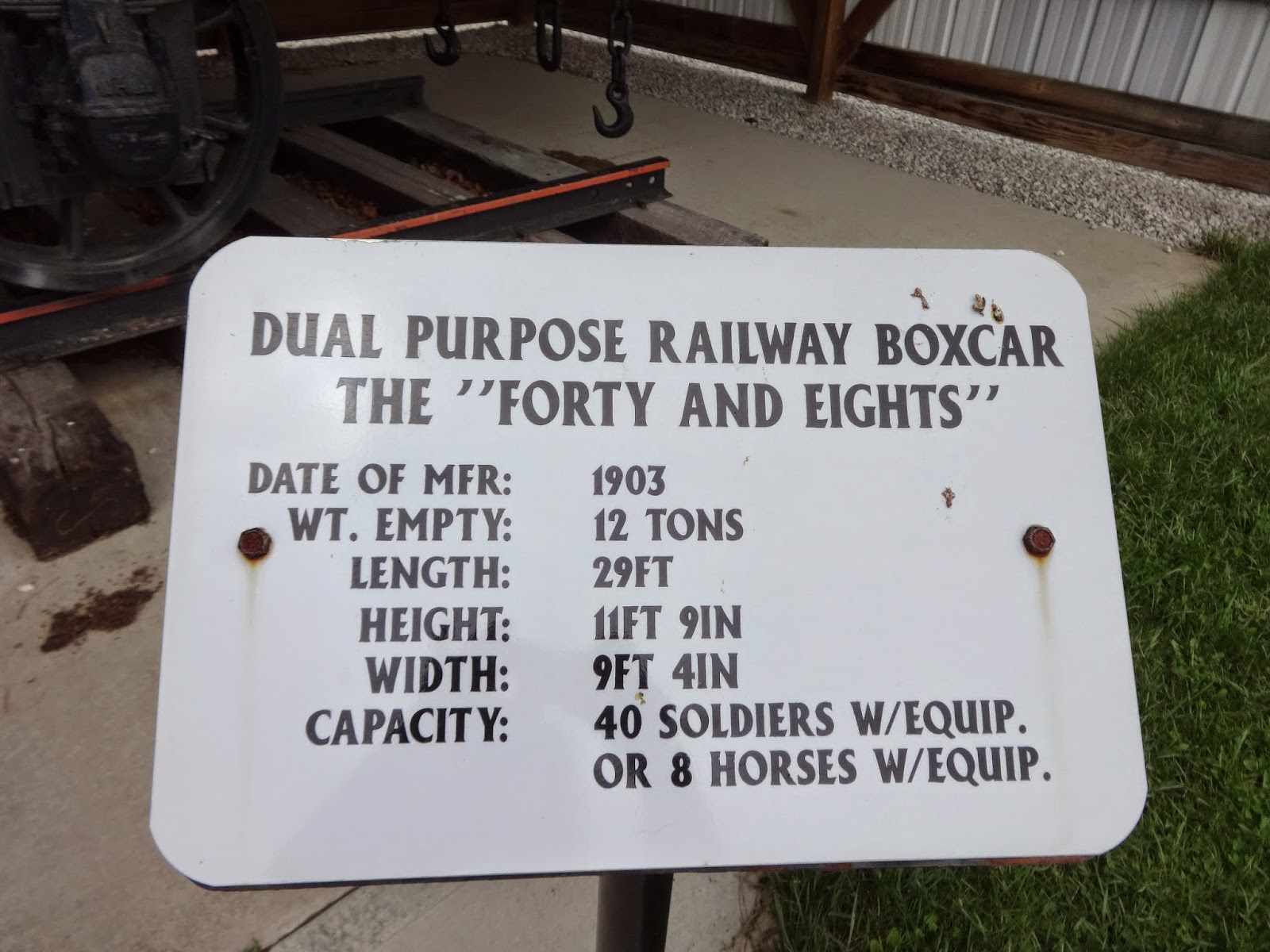 A week later, I picked my daughter up from Indiana University in Bloomington.  We stopped in the Memorial Union to see "Ugolino and His Sons" by Jean-Baptiste Carpeaux (1827-1875).  This sculpture was one of the archival gifts from France to the U.S. that was transported on the Merci Train that was destined for Indiana.  It was a lot bigger than I expected. 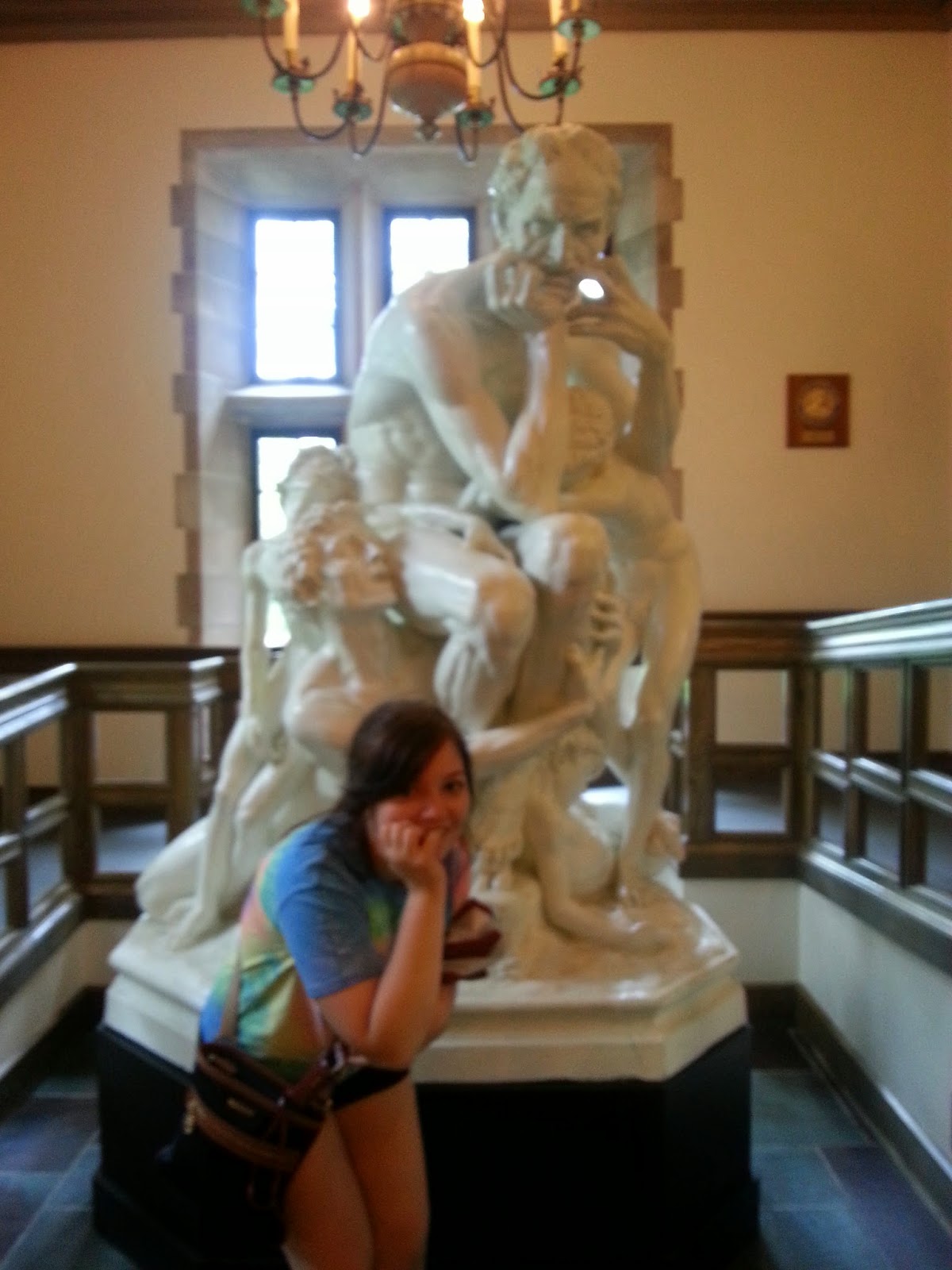 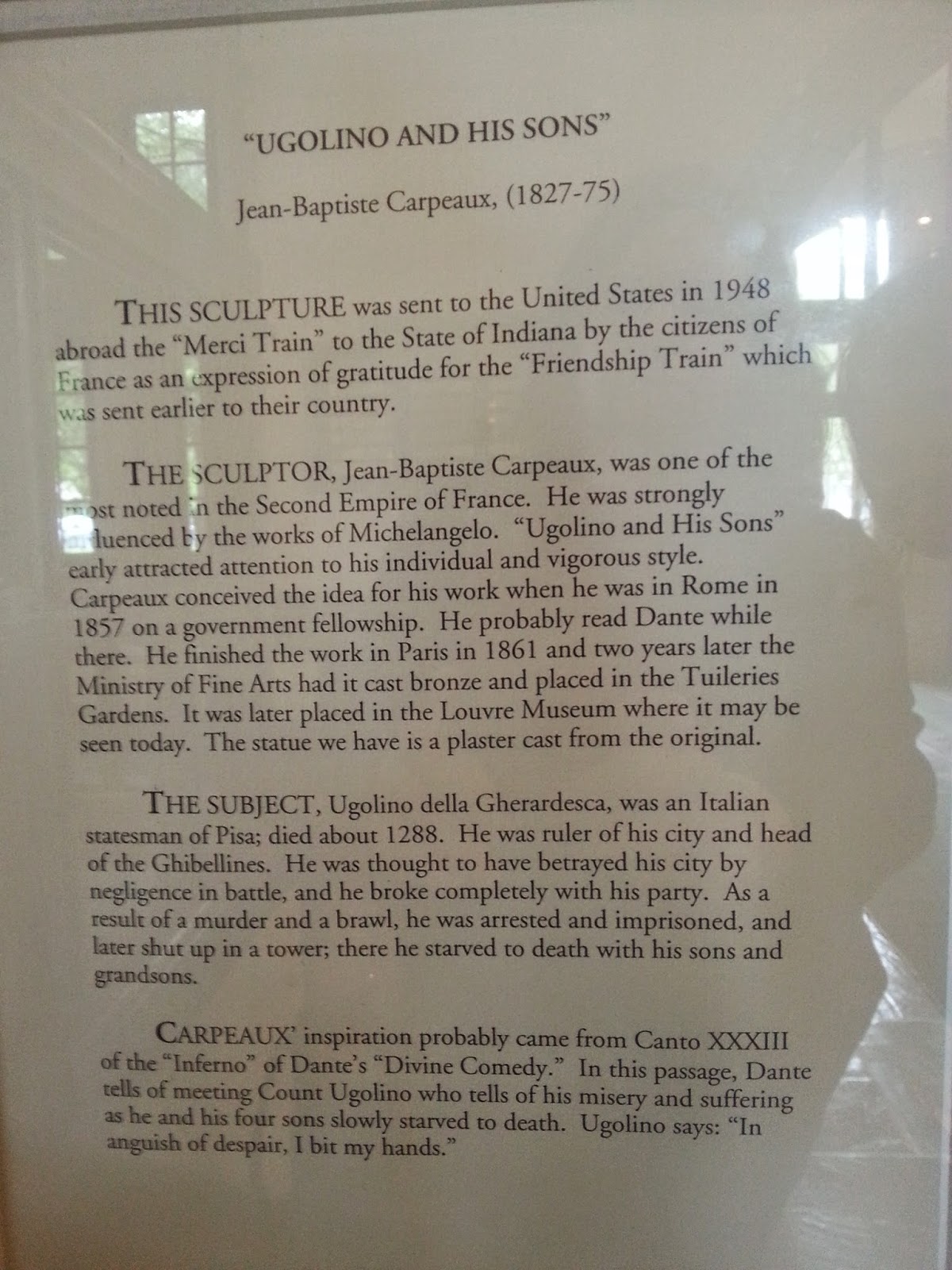 Society Saturday - Lest We Forget

The Illinois Chapter of the National Society Daughters of Founders and Patriots of America had their annual summer meeting in Bloomington, IL.  As is our custom, it was a joint meeting with Illinois Daughters of Colonial Wars and Illinois Court Ancient & Honorable.

This meeting was a special occasion as we welcomed our National President Irene Walker.  Irene and her husband Terry traveled from Pennsylvania to be with us.  After our lunch and business meetings, Irene gave her program on "Lest We Forget".  The flower for NSDFPA is the Forget-me-not, and Irene's theme for her term corresponds. 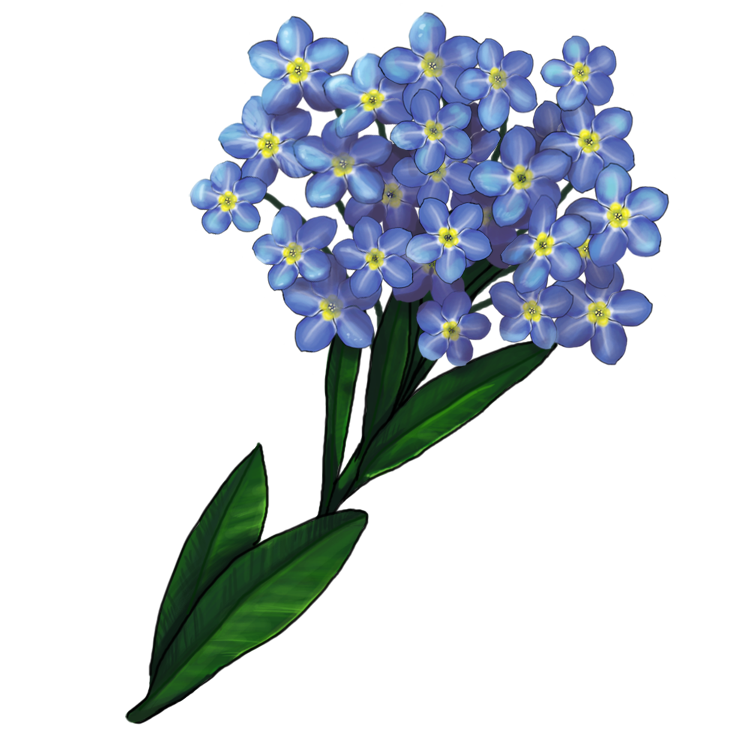 She told of her national project to support the Fisher Houses for families of wounded soldiers.  A Fisher house is a residence near the military or VA hospital.  They enable families to be together while the soldier is recovering from injuries sustained overseas.  So far in her term, DFPA has donated over $9000 to support this worthy cause.