Society Saturday - Yo Ho Ho and a Bottle of Rum!

"Yo Ho Ho and a Bottle of Rum" was the title of the talk given by author and food historian Cynthia Clampitt today at our State Daughters of American Colonists meeting.

Cynthia gave a lively, well-researched talk about the history of rum - from its beginnings as a molasses by-product of sugar production, through present-day rum facts.

Some interesting facts I learned were:

Oh, and what about the title of the talk - "Yo Ho Ho and a Bottle of Rum" was coined by Robert Louis Stevenson almost 100 years after the Golden Age of Piracy when he wrote "Treasure Island" 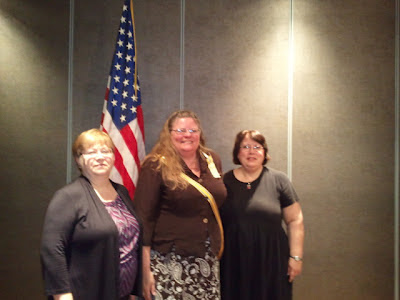