For several years, many of us have talked about having a day or two when members of several lineage groups in Illinois could meet and have several consecutive society meetings, similar to Lineage Week in Washington DC in April.  This would help us to learn about other societies in the state, and help those societies attract new members.  It would also lessen the time and distance several of us spend traveling to multiple meetings.

Jane Schleinzer actually turned these discussions into reality.  She contacted all of the statewide lineage groups in Illinois to determine their interest.  Several were interested, some declined, and some decided to wait and see how this year's weekend was received.  She organized several meetings of Presiding Officers of the interested groups, we picked a hotel, chose a menu, found entertainment for the meals, and Heritage Weekend was born. 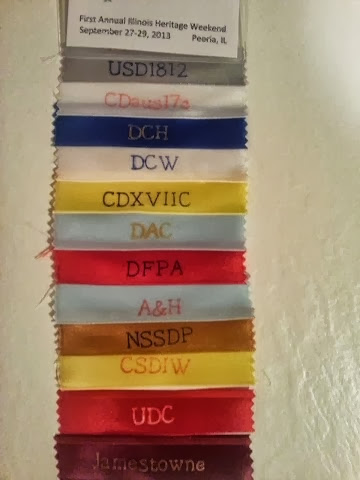 From September 27-29, we met in East Peoria, in central Illinois.  There were 13 lineage groups represented - 2 CoEd, 1 male, 10 female.  In all, there were nearly 60 attendees.  Every group had its own business meeting, but anyone could attend and learn about any of the Societies.  There were several attendees who are pursuing membership in other societies.

At the close of the meeting, the Presiding Officers met again to debrief.  The unanimous decision was to start planning Illinois' Second Annual Heritage Weekend. 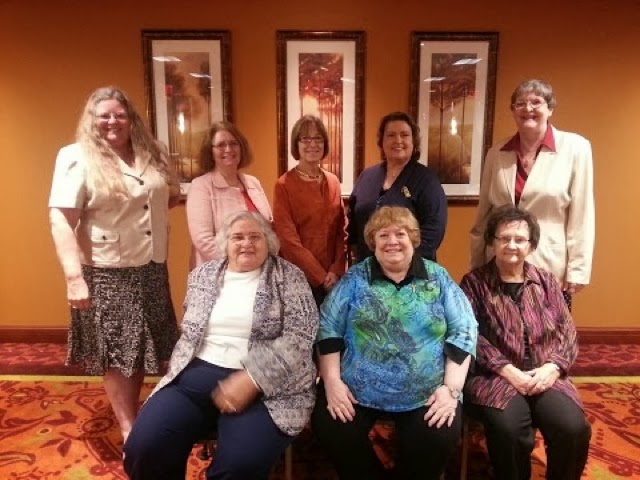