I was recently in southern California for a board meeting and realized that I was very close to where my great-great-grandparents had lived - and died.  I had visited their gravesite several years ago and decided to go back and pay my respects.

Susan died at home in 1916 - same address - from cerebral hemorrhage. (from her obituary and death certificate).

George died at home - the same address - in 1920  from bronchitis and chronic gastritis (from his obituary and death certificate).

I have a couple of pictures of them standing outside of their home.  These pictures were taken at different times, but one shows the address "925" above the door. 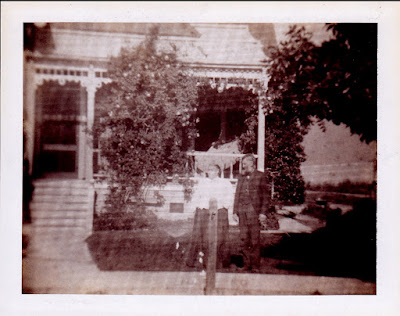 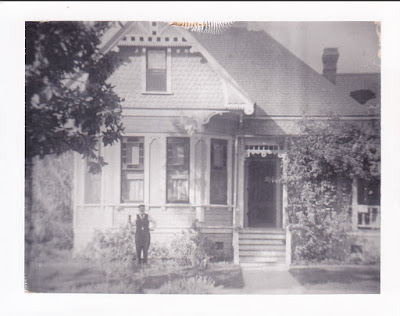 I was hoping to see the house they lived in - almost 100 years later.  I found the address easily on my gps - it is a fairly main street in Pomona.  When my gps announced that I had arrived, I looked up and saw.... 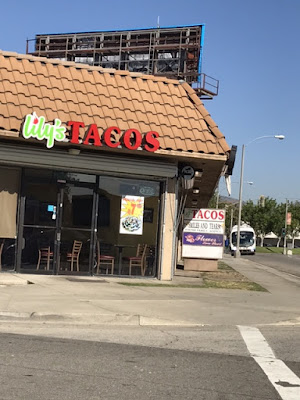 Unfortunately it appears that the Wiley home had been torn down in favor of businesses.  Next door was a flower shop, and a currency exchange, with a tax accountant and an auto repair shop nearby.  Sadly, no remnant of their house existed.

I had better luck at the cemetery.  After a quick stop in the office for directions, I easily found their graves. 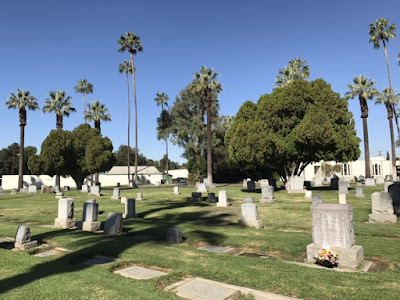 The cemetery is a very peaceful little spot in the middle of town.  In the distance is Mt. San Antonio, and there are palm trees all around.  All of the stones seemed to be well maintained. 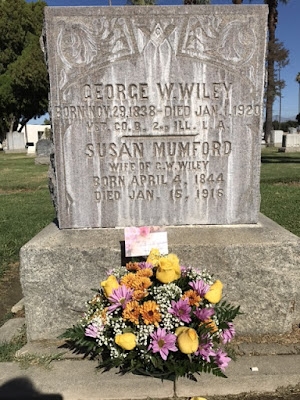 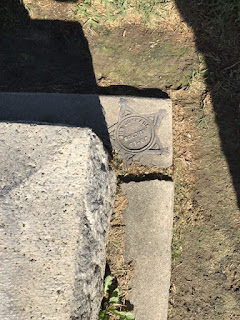 Upper right corner of the base -
"Our Comrade Soldier 61-65"