The Lac des  Illinois chapter of Colonial Dames of 17th Century recently had a wonderful program.
Doug Stiles presented a true "detective story" he participated in. 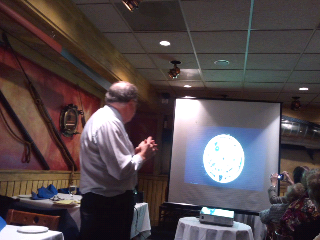 He recalled a family story that his great-great-grandfather, Jonathan Dillon was a watch repairman in Washington DC and happened to be cleaning Abraham Lincoln's pocket watch on the day that the Civil War began.  He placed an engraved notation about that including that date and "thank God for our government" inside the watch.

Mr.Stiles set out to determine if the story was true and told us how he tracked the watch to the Smithsonian. The curator didn't believe him at first, but was ultimately convinced to open the watch after reading a 1906 NY Times article quoting the watchmaker.

On March 10, 2009, during a televised event, a master watchmaker opened the watch and found, the engraving behind the dial!!!! 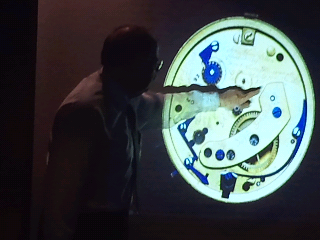 It was a fascinating story, wonderfully told by a descendent of that watchmaker.