Today I am thankful that I knew a wonderful lady - my Aunt Mary Kern.

She married James Richard "Dick" Kern on 5 November 1951 in Reno, Nevada.  He was my father's half-brother.

They moved to Toledo, and later, Sylvania Ohio where they raised four children: Dorothy Jean, Kathleen, Craig and Timothy.

Aunt Mary died on 27 November 2012 and will join her husband and son Craig in heaven. 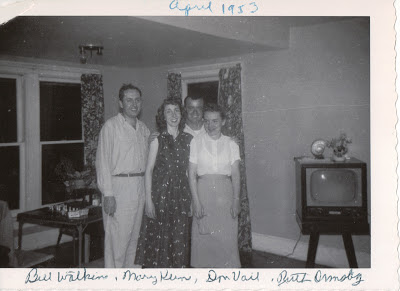 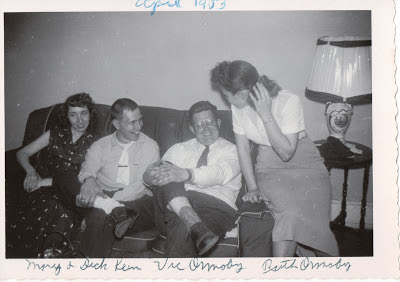 Most of my memories of Aunt Mary make me feel warm and cozy.  She was a gracious hostess, and it was a tradition on Christmas Day to have dinner at her house.  In addition to her children (and later her grandchildren), and my immediate family, who would go every year, there were always other cousins, friends, and neighbors around the table.  Mary would open her doors to whoever wanted to stopy by - for appetizers, dinner, dessert, or just to visit. 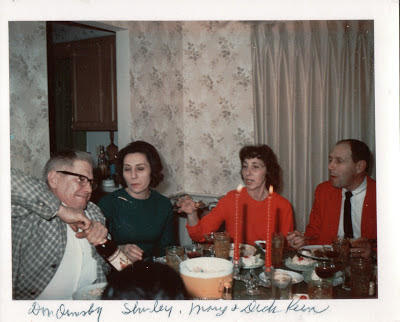 Christmas dinner was something of a tradition as well.  Aunt Mary made the best lamb roast I have ever tasted - and have never been able to duplicate.  Another favorite dish was "Greek Macaroni" - noodles with butter and cheese.  This has become a tradition in my family as well - I taught my daughter Donna how to make it last Christmas, and am planning to have it on my table again this year. 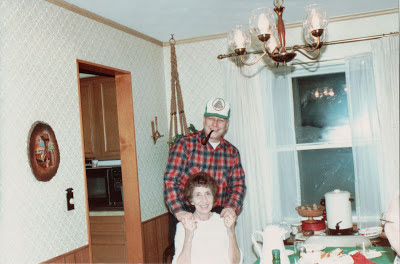 Dick and Mary spent a lot of time at their lake house on Cub Lake in Michigan.  Again, anyone who stopped by was welcomed with open arms.  Dick would entertain guests on his pontoon boat and Mary would be sure they were well fed before they returned to their homes. 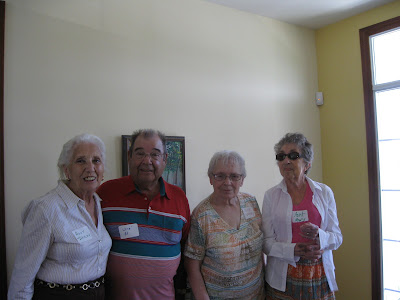 One of Mary's hobbies was painting.  She liked to paint landscapes - mostly for relaxation, I think.  I am honored to have one of her paintings hanging in my bedroom. 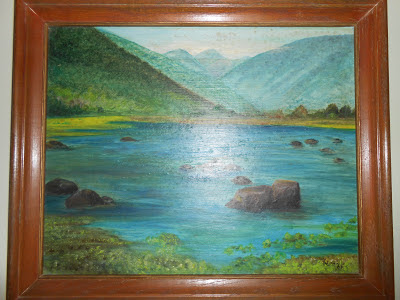