Society Saturday - Illinois in the War of 1812

The John Kinzie chapter of the US Daughters of 1812 recently had a joint meeting with the Illinois Chapter Dames of the Court of Honor.

Our guest speaker was Gillum Ferguson, author of the book "Illinois in the War of 1812".  Gillum has researched events leading up to, and including the War of 1812 as they occurred in the Illinois territory. 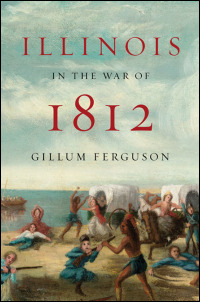 When many think of the War of 1812, they think of the burning of the White House, Francis Scott Key writing our National Anthem, or maybe some of the ship warfare on the Great Lakes.

There were actuallly several battles fought in Illinois as well - many of which were Indian uprisings, but there were ties with British forces who encouraged the uprisings.

Gillum gave us an informative talk about some of the individual acts of heroism and bravery that are included in his book.

Email ThisBlogThis!Share to TwitterShare to FacebookShare to Pinterest
Labels: NSDCH, NSUSD1812, War of 1812