I recently attended a fundraiser for another chapter of the Daughters of the American Revolution.  It was a high tea - which I used as an excuse to wear a new fascinator :-)

The program was given by first person interpreter Jenny Riddle.  She gave a performance as several first ladies, beginning as Mary Todd Lincoln.  She had a lace headcover, lace collar and lace gloves over her basic black pantsuit.

After a quick change to a cloche and fur wrap, she portrayed Eleanor Roosevelt. 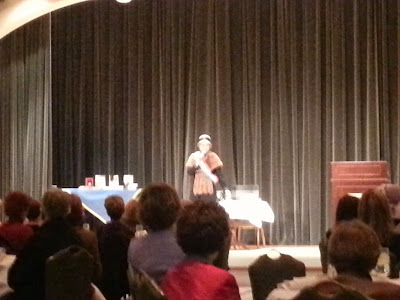 Another quick change to pillbox hat, pearls, and white gloves transformed her into Jackie Kennedy.  Each of these first ladies told of their courtship and relationship with their husbands, including their reactions to their husband's dalliances (FDR and JFK).

A final change to a patriotic scarf, and she was Hillary Clinton, who serenaded us with song. 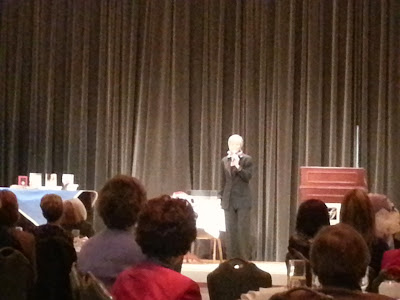