Our banquet speaker at Heritage Weekend was Brian "Fox" Ellis.  He is a story teller from central Illinois.  He gives very interesting programs on various personalities from the 19th century. 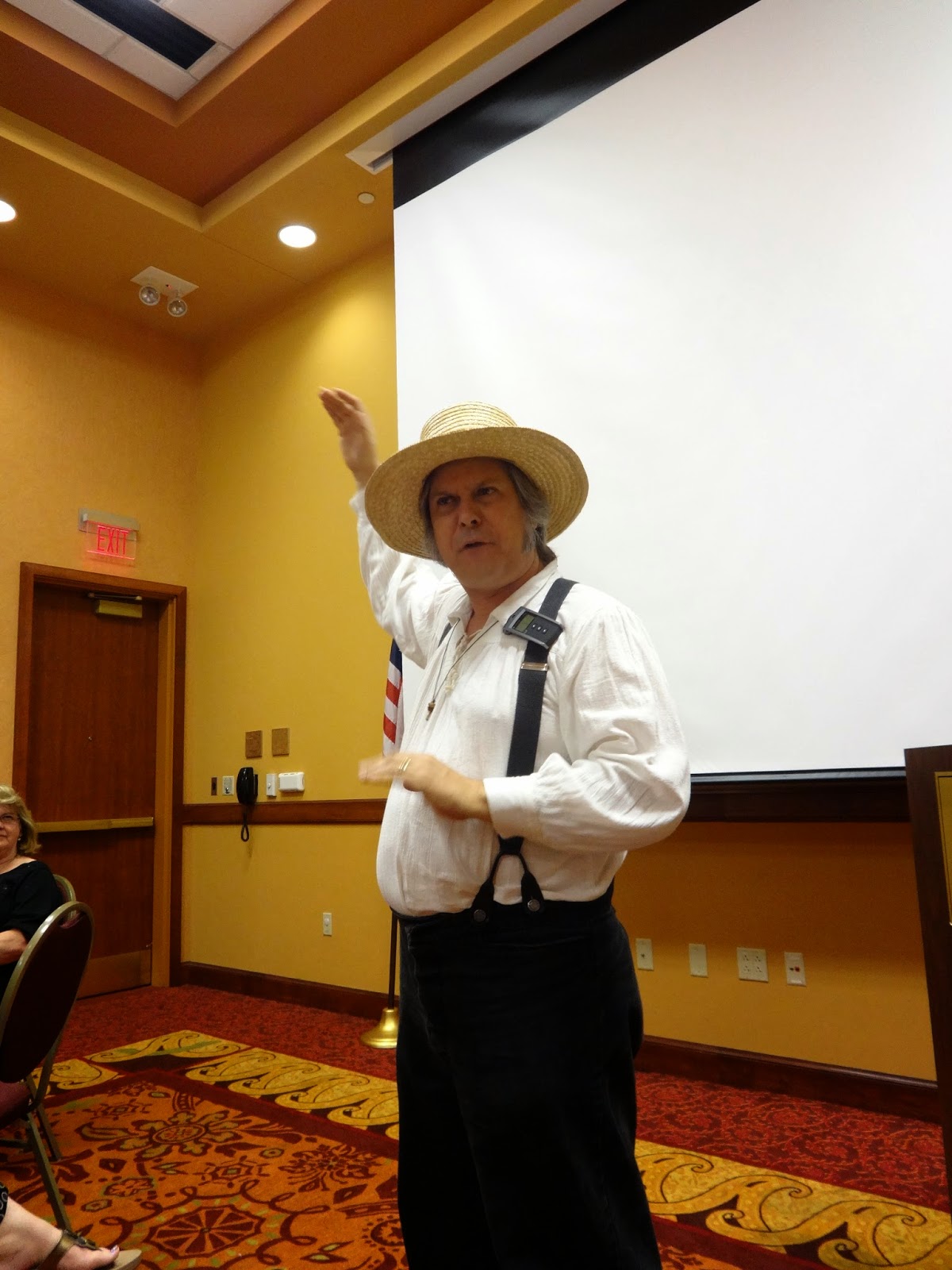 His program tonight was a first person interpretation of a boyhood friend of Abraham Lincoln.  He told of how Lincoln almost drowned by falling in muddy creek, how he almost froze to death during the winter of the Big Snow, how he played a trick on his stepmother by putting muddy footprints on her whitewashed ceiling, and other interesting tales.

His stories were interspersed by harmonica music and a sing-along.  It was a most enjoyable way to learn about the early years of our Sixteenth President.
Posted by Kimberly Nagy at 10/04/2014 09:00:00 AM