Our speaker at the Daughters of Founders and Patriots of America banquet was Shari Thorne-Sulima. She is a former DAR State Regent of DC and told us about the boundary stones in the district. 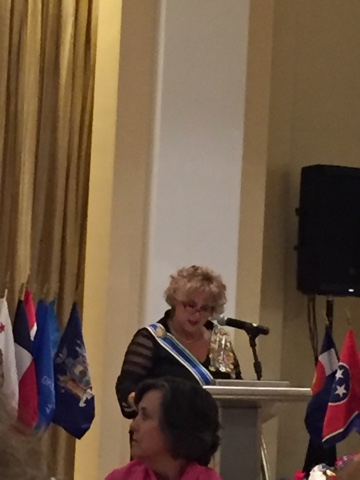 When the area of the District of Columbia was surveyed, it formed a square.  There was a lot of Masonic symbolism involved n the layout of the district and the design of the stones themselves since George Washington was a prominent mason.
There were a total of 40 stones placed around the perimeter of the district.  The first stone was placed in 1791 by Washington in Alexandria, VA.
The engraving on each of the four sides was as follows:
The side facing DC - "Jurisdiction of the United Ststes"
The opposite side - either "Virginia" or "Maryland" as appropriate.
The other two sides gave the year placed (1791 or 1792) and the magnetic compass coordinates. 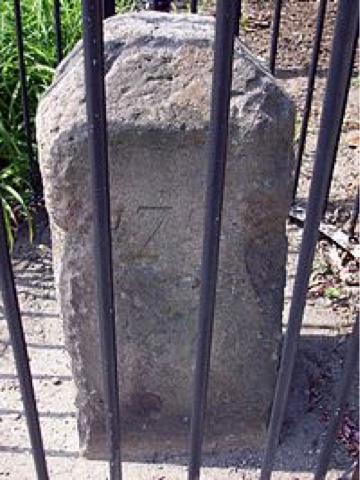 Photo from Wikipedia.com
The stones are on federal soil and are in the jurisdiction of the National Park Service.  The DCDAR has been active in raising money to preserve both the stones and the iron fences around them.
www.nationalsocietydfpa.org
www.boundarystones.org
Posted by Kimberly Nagy at 4/14/2016 08:38:00 AM