The State meeting of the Colonial Dames 17th Century was held at the Pere Marquette State Park outside of Grafton, Illinois.  This is a site along the Mississippi River a little north of the St. Louis area. 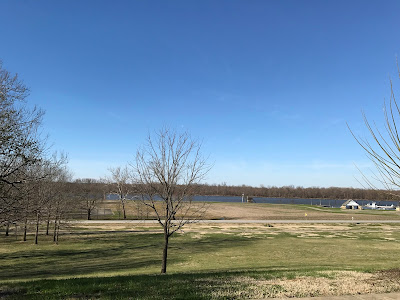 The meeting was held in the lodge of the same name.  This lodge was a rustic building built in the 1930's by the Civilian Conservation Corps .  It had wooden beams and fireplaces.  There was a large lobby with chess sets and ample seating. 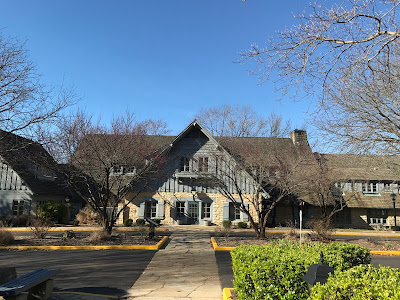 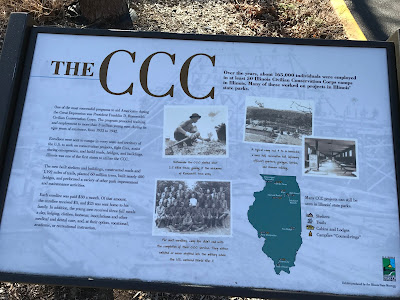 The reason that we met there was to dedicate a state marking at the site.  This site was visited by Father Jacques Marquette and Louis Joliet in 1673 when they were exploring Illinois.  They traveled from Canada across Lake Michigan and Wisconsin and down the Mississippi.  It was near this site that they met a group of friendly Indians and learned that the Mississippi Rive actually flowed all the way to the Gulf of Mexico. 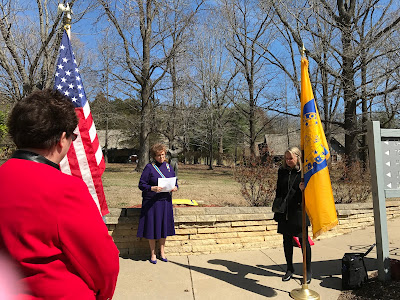 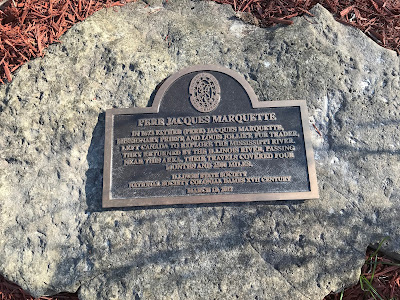 There is a statue of Pere Marquette just behind the marker we placed. 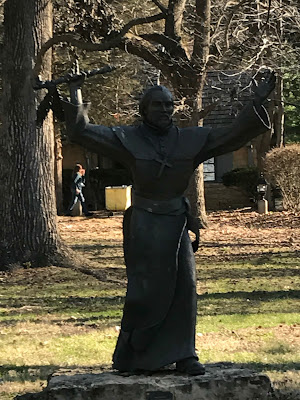