Society Saturday - I see the light!

Chicago Colony New England Women and Illinois Branch Sons and Daughters of the Pilgrims recently had a joint meeting with a guest presenter.  Dan Mattausch, from the Smithsonian National Museum of American History gave a very informative presentation  on historic lighting.

We learned that the first light sources in the colonies were candles - usually made of beeswax or tallow.  Colonists used light for the task at hand, not for lighting the whole room. 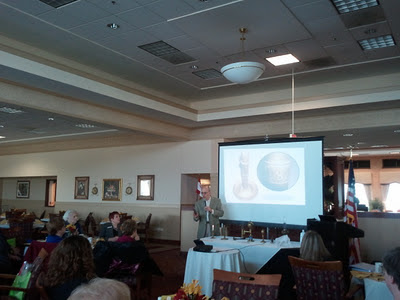 Soon after, various types of oil would be used in lamps - an early oil used on the east coast was whale oil.  An advancement in oil lamps was the "Betty Lamp" which kept oil in a covered container to keep animals from eating the fuel. 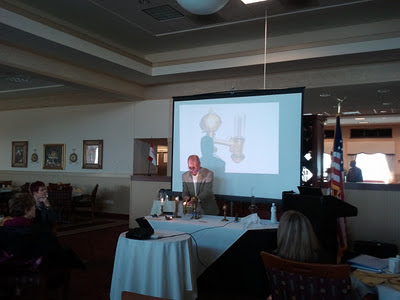 The next major advancement was the Argand lamp in 1784.  The wick was replaced by a hollow wick to allow more air to burn, resulting in a longer, brighter burn.  This was initially a lamp for the elite and servants or slaves would keep it tended.  Miles improved on this by changing the burner so that it would screw in, allowing the lamp to be carried without spilling the fuel.  It also became more affordable. 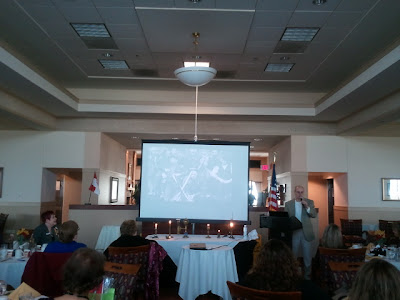 Other types of oil were used as well, such as turpentine (aka "burning oil") which was much more flammable than previously used whale oil.  Lard was used by many people who lived on farms.  Kerosene was widely used until the advent of electric lighting.

It is always interesting to learn about how different our ancestors' lives were from ours!