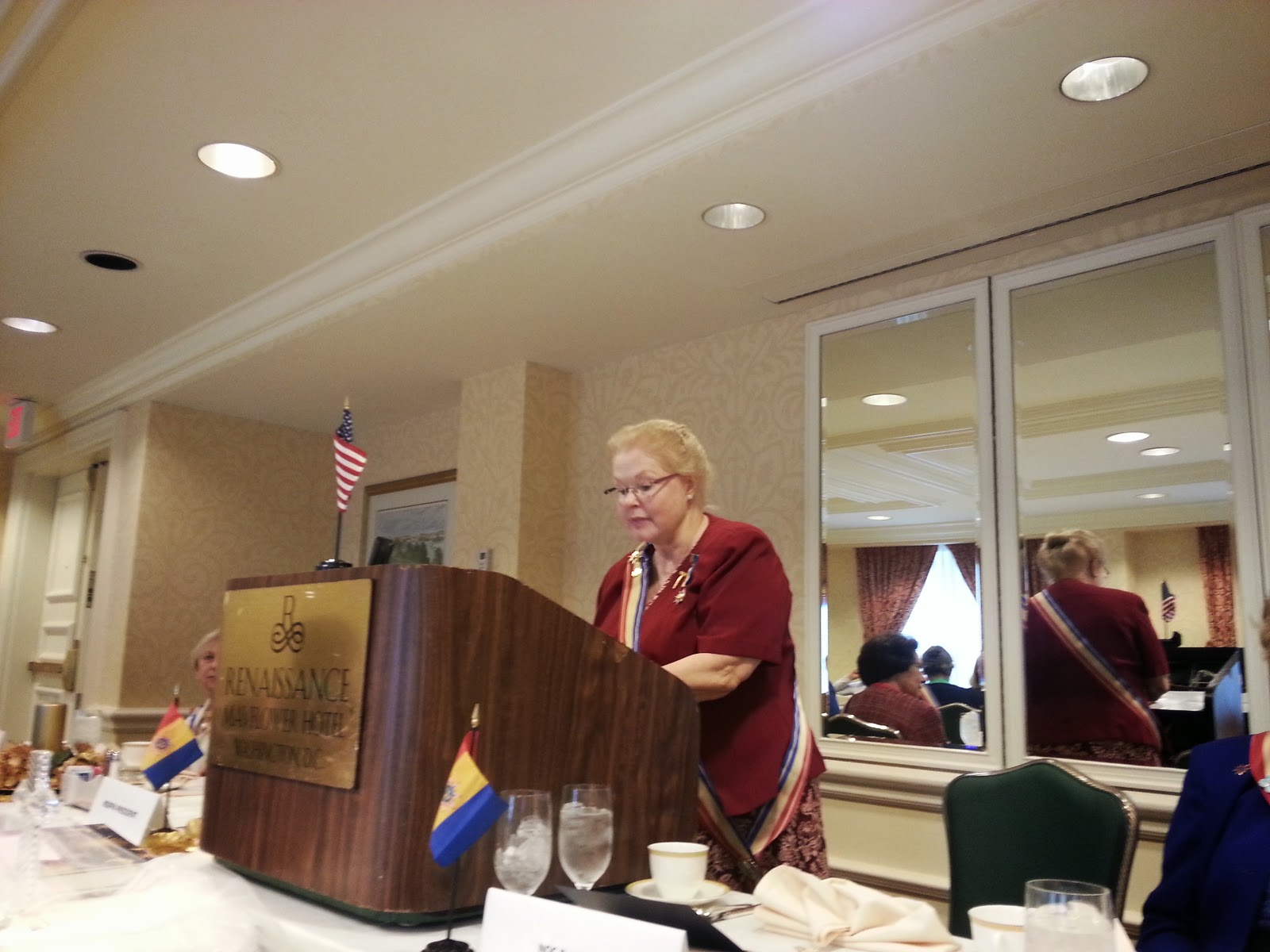 Club President Carla Odom did a wonderful job presiding over this special anniversary meeting.  Everything had a "Golden Anniversary" theme, from the table decorations to the candy favors.  Everyone who attended received a special pin for the Club Anniversary.  The Club luncheon is always a nice way to meet with friends before the actual meeting starts, and this was no exception. 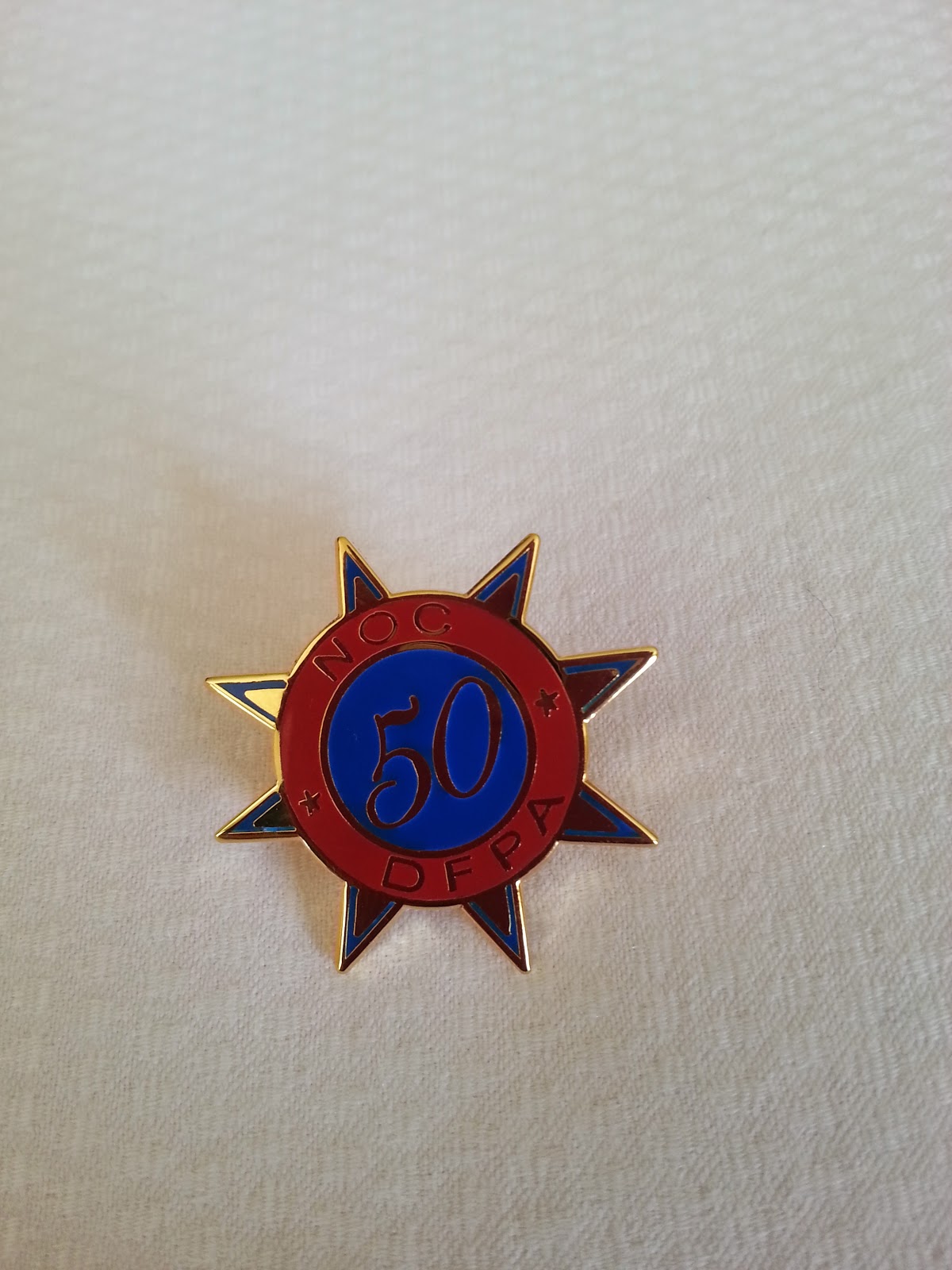