Society Saturday - How the Railroad helped win the War

At the Annual Banquet of the National Society Daughters of Founders and Patriots of America, we were entertained by Mr. David Shackleford, Chief Curator of the B&O Railway Museum.

I had the pleasure of sitting next to Mr. Shackleford during dinner.  He was a very interesting person, telling me of his career in the army, and his attraction to trains.  He seemed genuinely interested in our Society as well.  It was clear that he has a love for history. 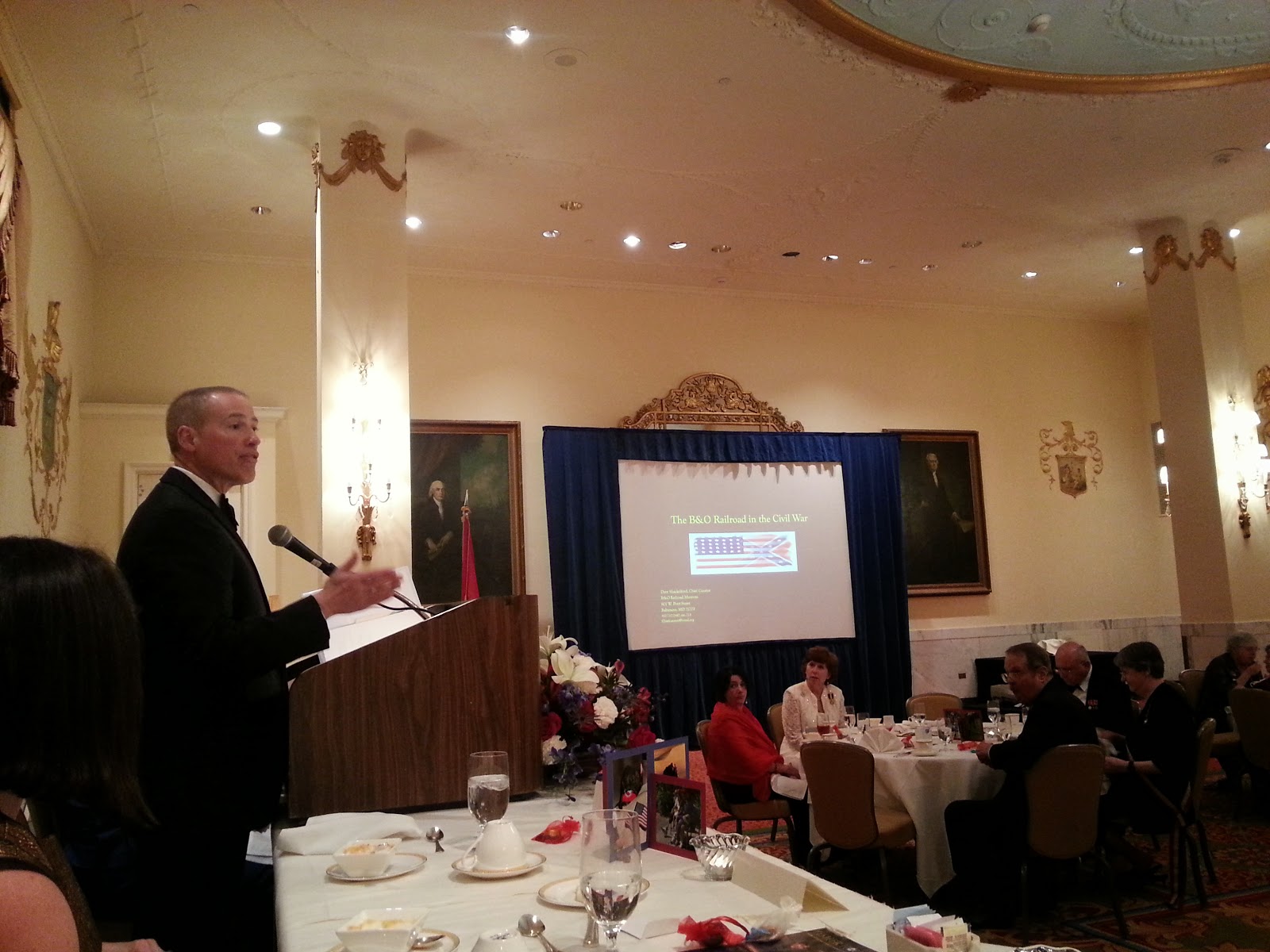 His talk was on the history of the B&O Railroad and how it helped the Union win the civil war.  During the talk, he gave us a lot of information about the history of the railroad itself.  For example, each railroad company laid its own track and the gauge (distance between rails) of one railroad often was different from another.  Even if the difference was only an inch or two, a train built for one gauge of track could not run on another company's track.  Most trains only ran between 2 cities.  Thus, the cargo was pulled by horses through the city streets to get from one train to another.

During the Civil War, rail lines were a prime target for Confederate soldiers, who knew that destroying the rail system would weaken the advantage of the North who used their trains to move troops and supplies. The railroad was the target of several raids, including the Great Train Raid of 1861. Although the railroad was considered collateral damage during the war, this did not stop the B&O agents from helping the Union cause.  They often would pass along information about Confederate troop movements.  This intelligence helped the Union forces know when and where to prepare for battle.