Well, those were the last letters that I have from Henry.  He must have returned to duty, because in November, his parents received this telegram: 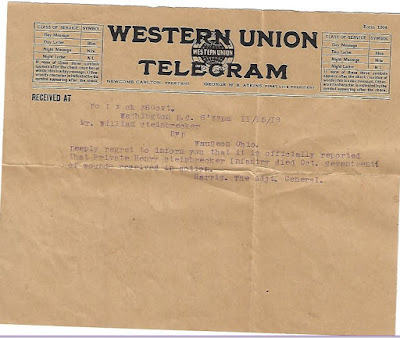 Deeply regret to inform you that it is officially reported that Private Henry Steinbrecker Infantry died Oct. seventeenth of wounds received in action. 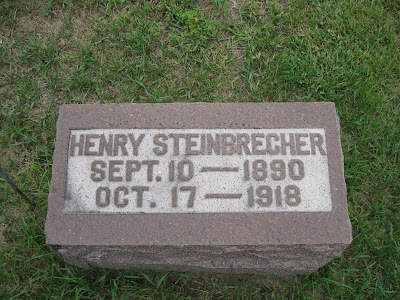 His body was returned home and he is buried in the Pettisville Lutheran Cemetery near his parents, grandparents, and brother John.

There was a small write-up about him (along with other Fulton County Casualties) in the Standard History of Fulton County, Ohio.