At a recent fundraising luncheon for another DAR chapter in the area, we were entertained by Annette Baldwin who portrayed several suffragists in "The Long Road to Victory".

She began as Elizabeth Cady Stanton and talked about how women in 19th century America had no rights of their own.  She told of meeting Susan B. Anthony and planning the Seneca Falls Convention in 1848. 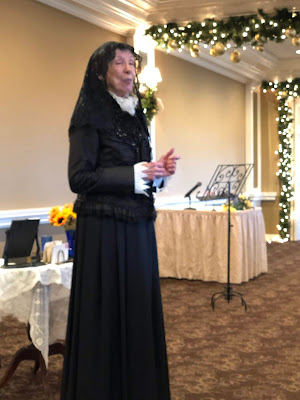 Then, a quick costume change (while she continued to talk), and she became Susan B. Anthony.  As Susan, she told us how she had tried to cast a vote but was arrested and fined for doing so.  She gave portions of each ladies' speeches in their own words. 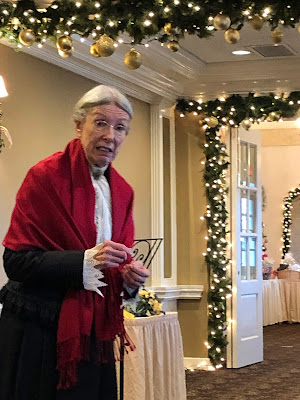 Next, she moved into the 20th century and portrayed Alice Paul.  As Alice, she told us about the Women's March in Washington in 1913, the silent pickets outside the White House, and being jailed at Occoquan Workhouse. 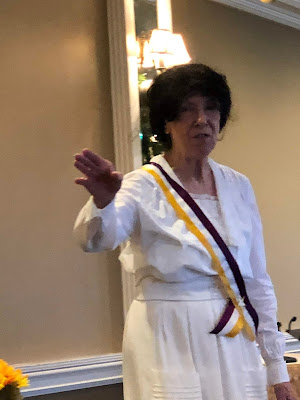 Finally, she spoke as Carrie Chapman Catt.  Carrie used different approaches with each state based on their political climate to help pass the 19th Amendment and later founded the League of Women Voters. 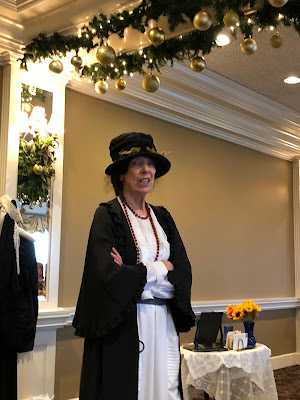 It was a nice overview of several suffragists.