As I mentioned before, the National Officers and Chairmen of the Children of the American Revolution travel to other regions over the summer to meet C.A.R. members from around the country.

The South Central Regional meeting was held in New Orleans - right in the middle of the French Quarter.  One of the skits that the National Board did was based on the movie "Tangled".  Here are some of the actors in that skit.  Amanda is the Ruffian/Thug with the hook. 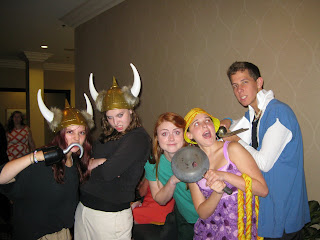 ﻿Our tour at this Region was to the National WWII Museum.  I would highly recommend that you visit it if you are ever in New Orleans.  It depicts events leading up to World War II as well as everything that happened during the war and is extremely well done.  The 4-D movie hosted by Tom Hanks is very moving and not to be missed.
The banquet that evening was a Mardi Gras theme, so everyone had a mask.  Here is Amanda with her friend Callah. 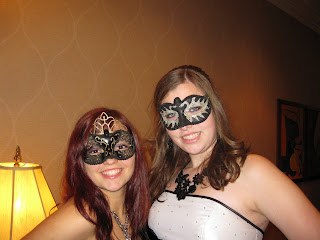 ﻿After New Orleans, we drove to Pawley's Island, SC for the South-Eastern Regional meeting.  Our first day there we were treated to a beach party hosted by the South Carolina C.A.R.  We all had a good time, although it stormed off and on that day. 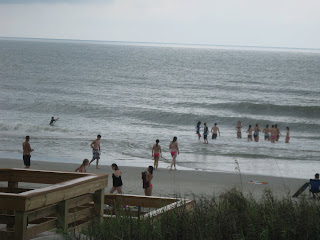 The tour for this region was to Brookgreen Gardens to see their sculptures and zoo.  The gardens were quite nice, although the mosquitoes were terrible!﻿ 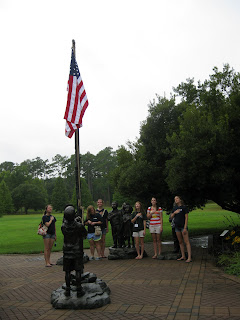 We had fun traveling with the C.A.R. I think that it is a great opportunity for our children to meet others from around the country, to visit historical sites, and learn about other places.﻿  We are already looking forward to next year's Regional tour.
Posted by Kimberly Nagy at 8/14/2011 01:40:00 PM