Last month, we had a reunion of our family.  It represented the descendants of Charles Taylor and Nancy Jane (Wiley) Hill.  Almost 70 of the descendants of their son William Hill and their daughter Jessie (Hill) Ormsby Kern met at the house of my cousin D.J. in Swanton, OH.  She has a large great-room for entertaining, a large yard and a pond with a beach which kept the younger members entertained.

We had a great time visiting with our cousins who we don't see very often.  Of course, there were some younger cousins and some spouses who I hadn't met yet.  Everyone had a great time despite the 90-plus degree heat.  I hope that we have another reunion soon. 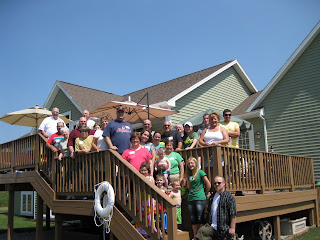 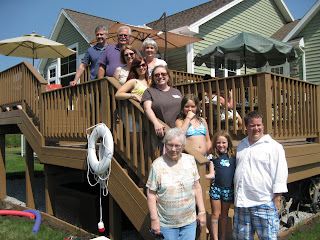 The Ormsby Family - 3 generations of descendants of H. Basil and Jessie (Hill) Ormsby
(her first marriage) 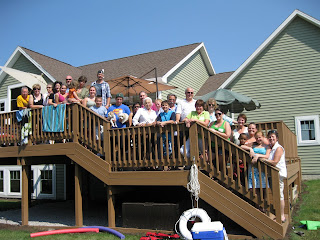 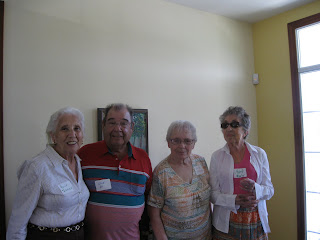