After the business meeting of National Society Children of American Colonists, we headed off to explore the city of St. Augustine itself.  We boarded a trolley for an informative tour of the city. 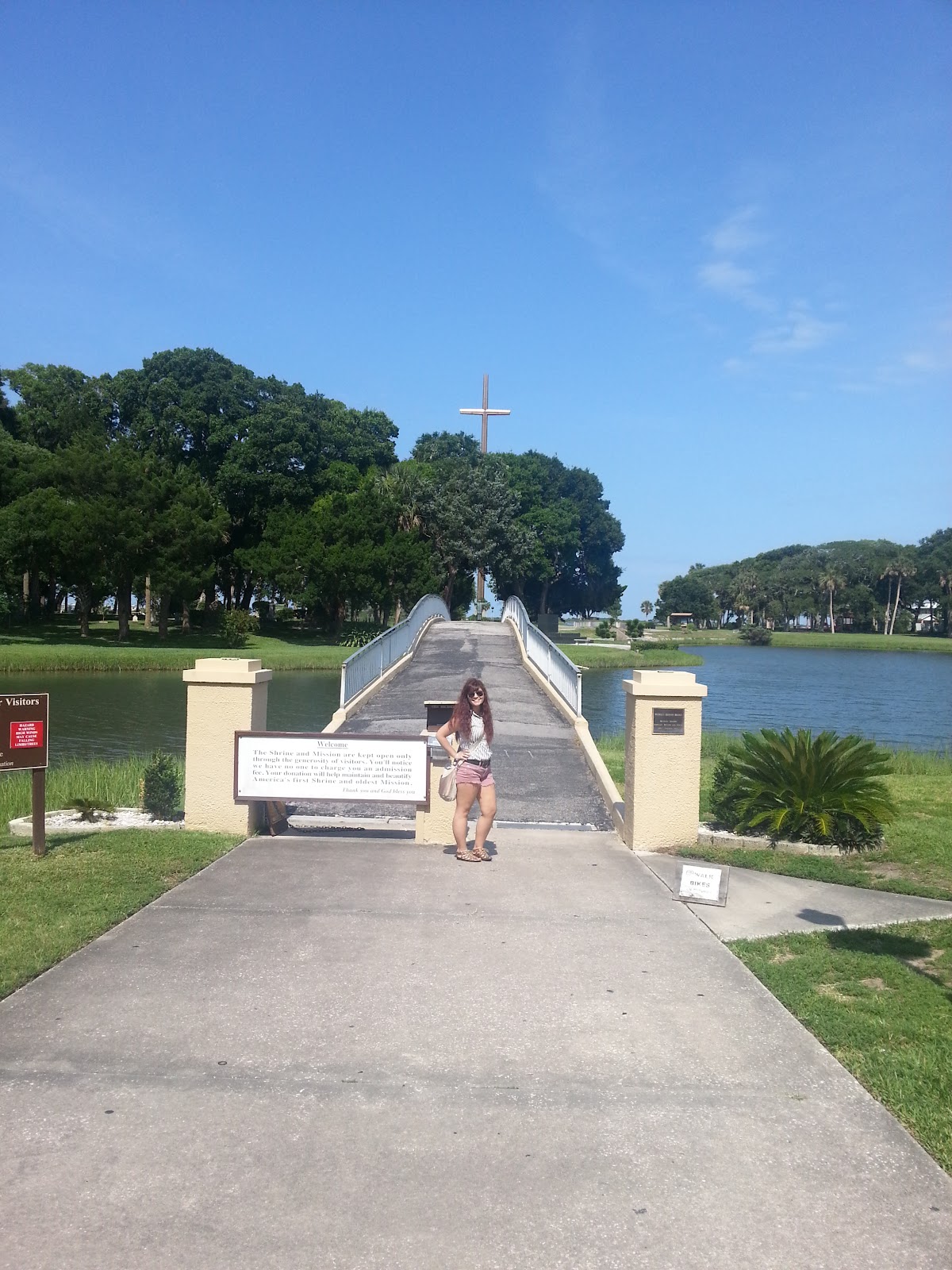 The cross in the background marks the site of Ponce de Leon's landing 500 years ago. 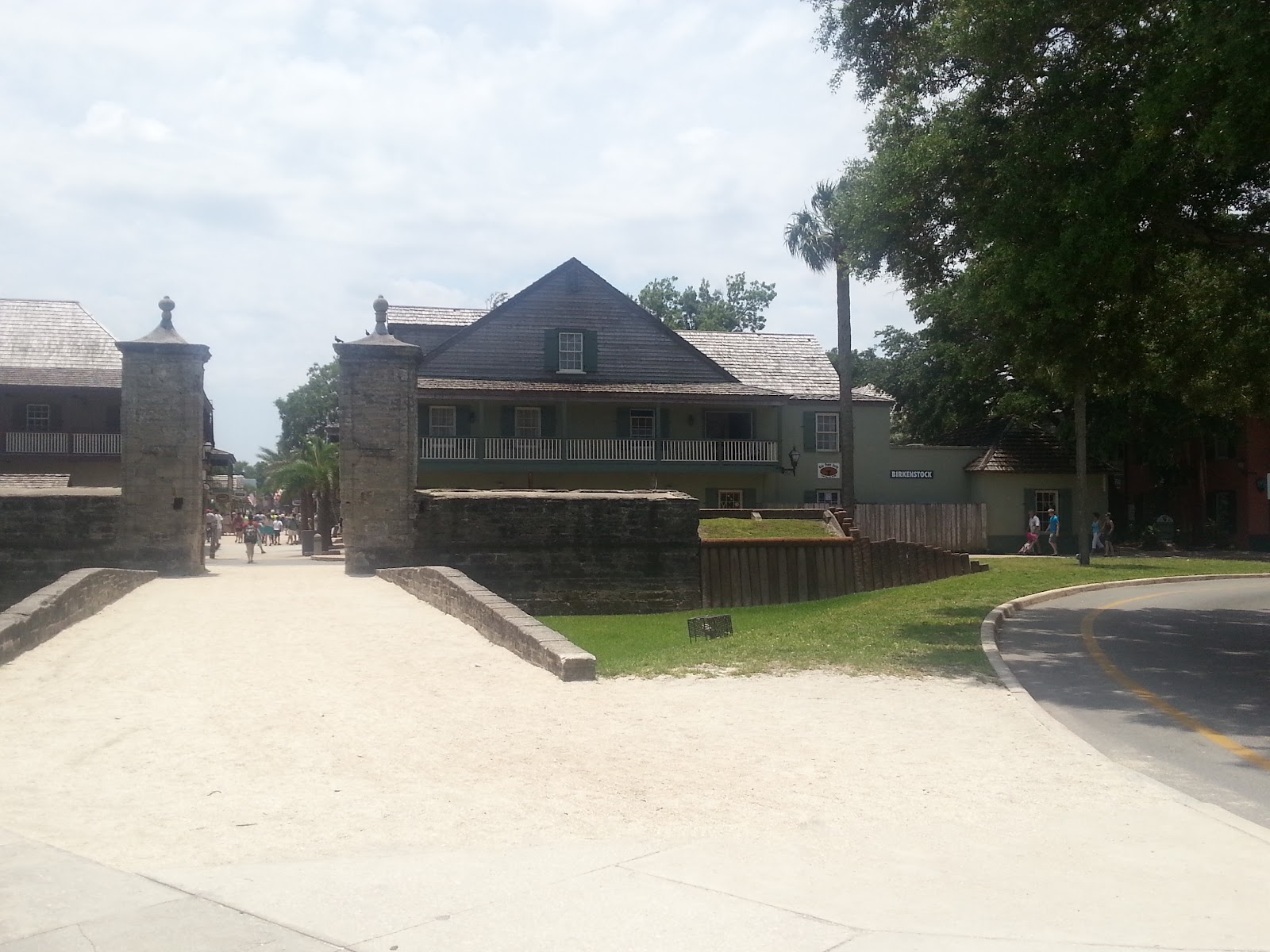 The gates to the old city - now a tourist zone. 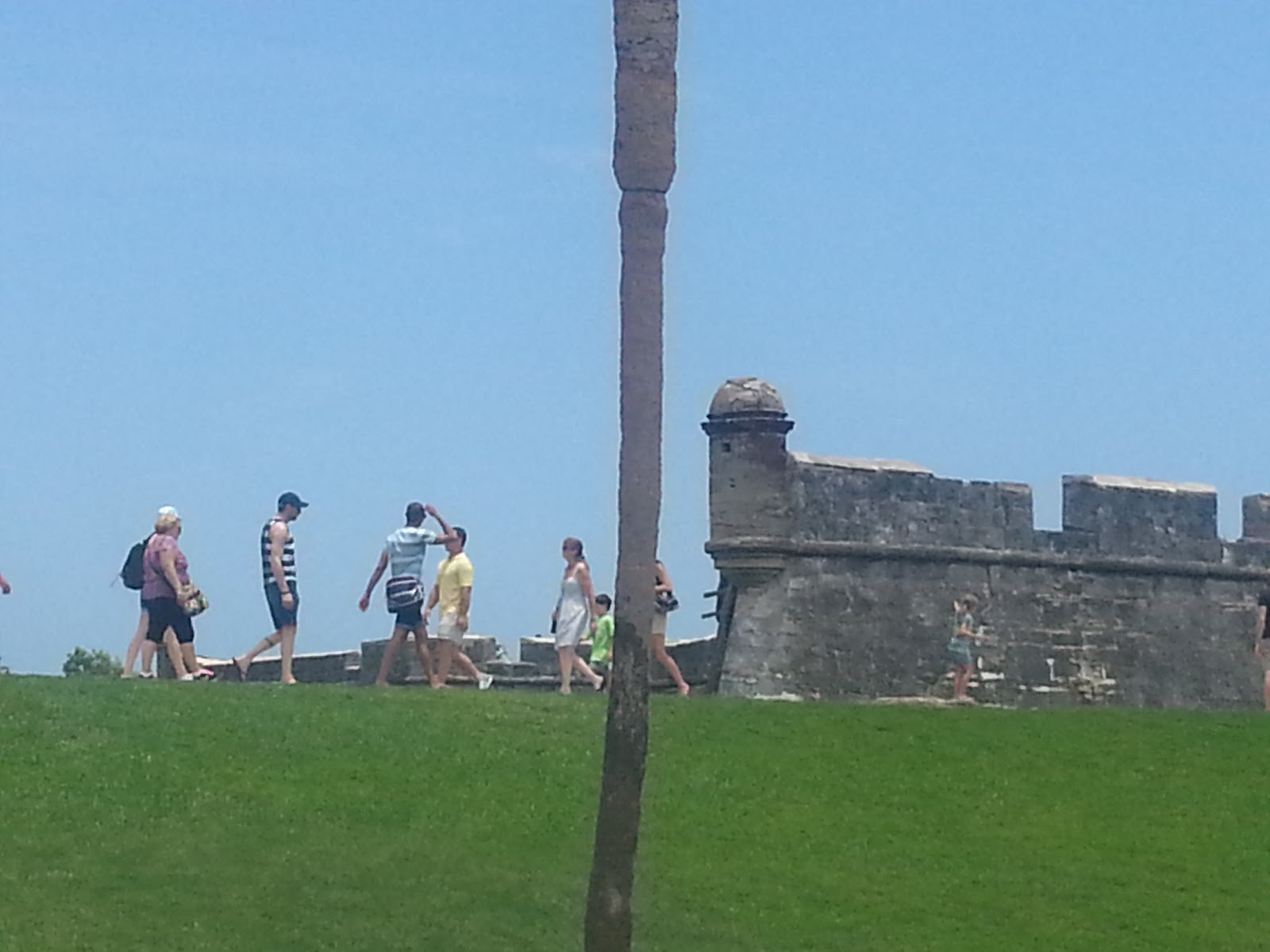 At night, we held our Candlelight Banquet.  Despite the air-conditioning not working in the meeting room, it was quite enjoyable.  Our speaker was Dr. Gary Smith, a local historian who told us about America's 14th (and 15th) colonies.  These were east and west Florida and they actually played a bigger role in the American Revolution than most people realize.  George Washington realized the strategic importance of St. Augustine, as did the British.  Florida itself was a prime location because it was right in the middle of the 34 British colonies.  After the American Patriots won the Revolutionary War, many loyalists found refuge in East Florida. 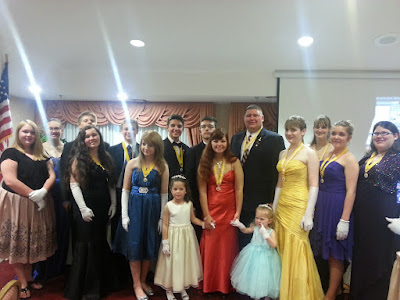 After our speaker, installations were conducted.  Congratulations to Mitchell Clouse, the new National President and to Dr. Charlene Herreid, the new President General.