Every year in April, the National Society Children of the American Revolution holds its National Convention near Washington DC.  Approximately 500 children and adults from across the USA come to Crystal City for this annual meeting.  Members of N.S.C.A.R. are age 0-21, after that, they "age out".  Each member Officer or Chairman has a corresponding "Senior" (age 22 and above) to help guide them in their office.

The National President Greg Thorne conducted the meeting which spans 4 days and includes 3 board meetings, 3 general sessions, a banquet and a pilgrimage.  Member officers and chairmen give their reports, vote on bylaws changes, and elect new officers for the coming year.

Greg's theme was Saratoga - The Turning Point, and his project was to fund a depiction of Trumbull's Sword Surrender scene at Saratoga, NY. 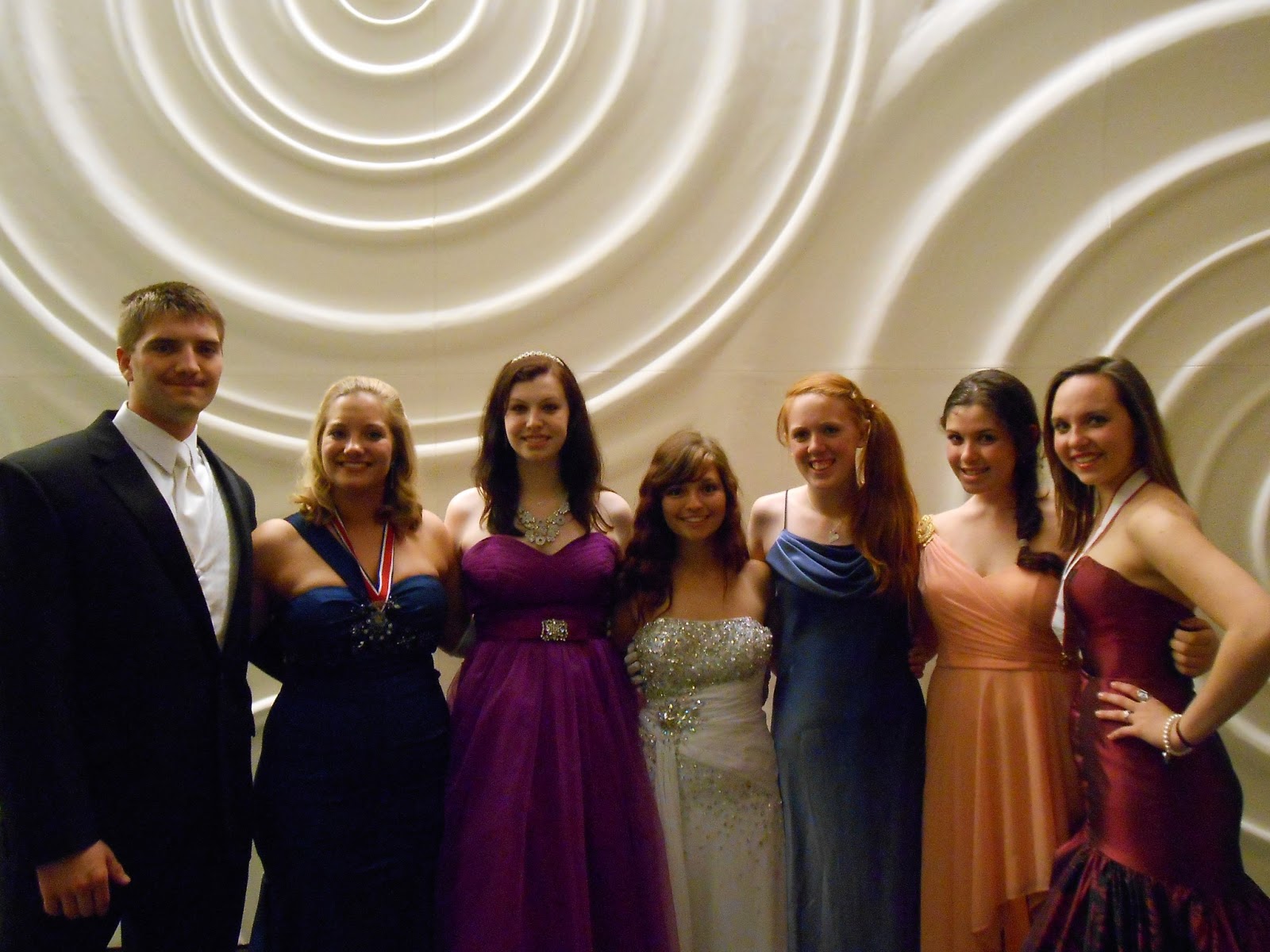 Illinois members gather before the banquet 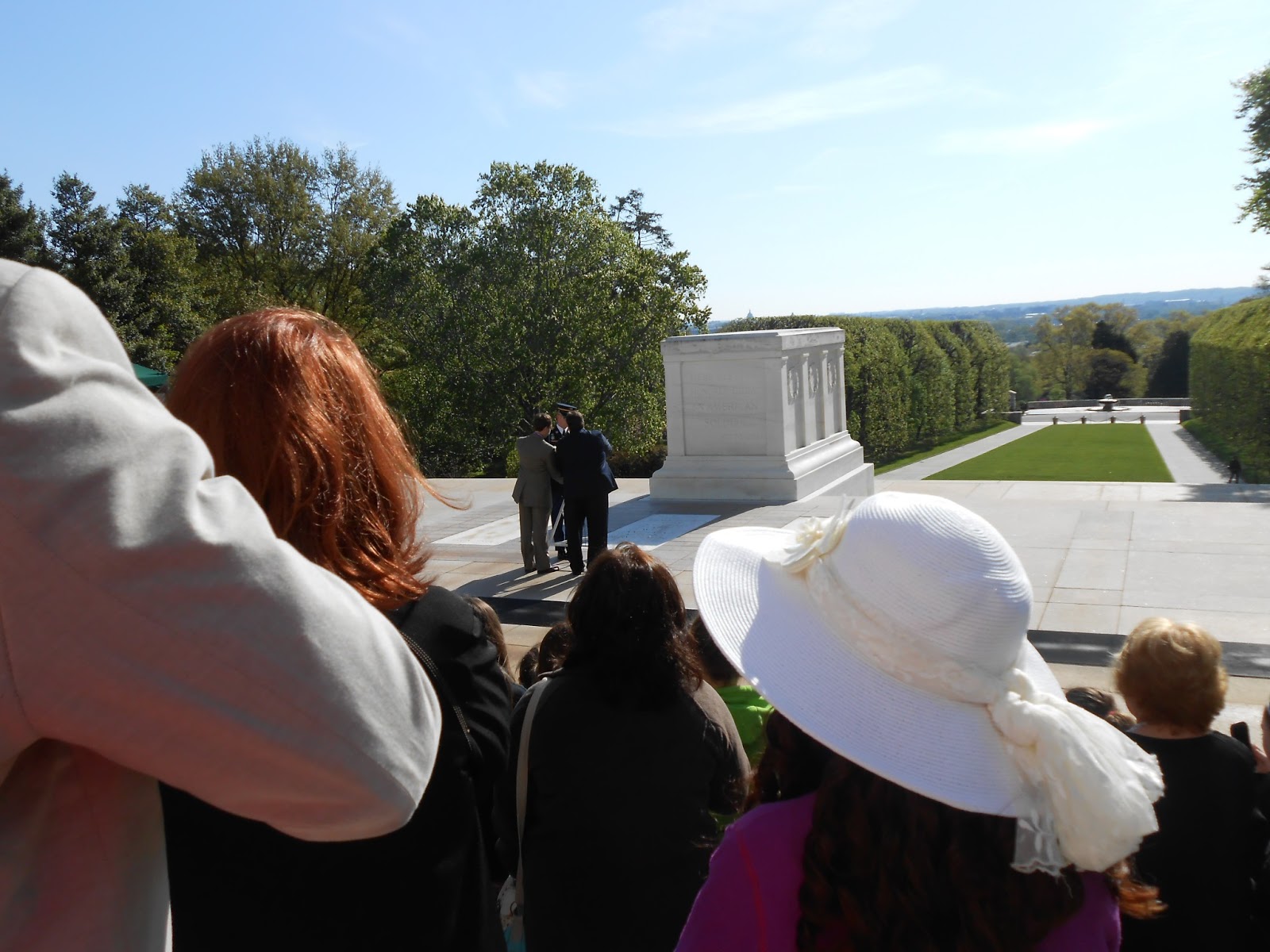 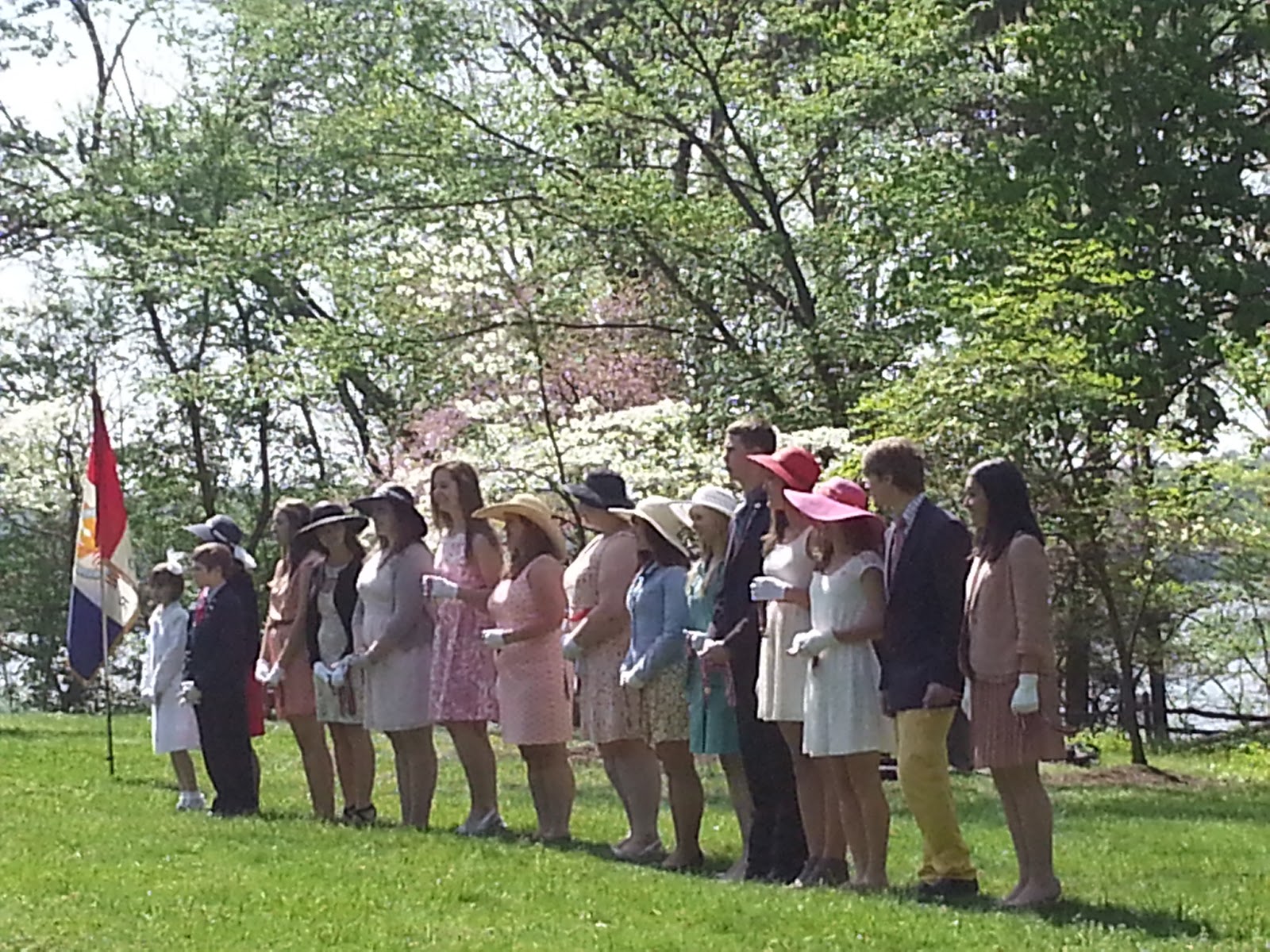 New National Officers are installed on the lawn at Mount Vernon.

Congratulations to Miss Caitlin Collins, the newly elected National President who will lead the organization over the next year. 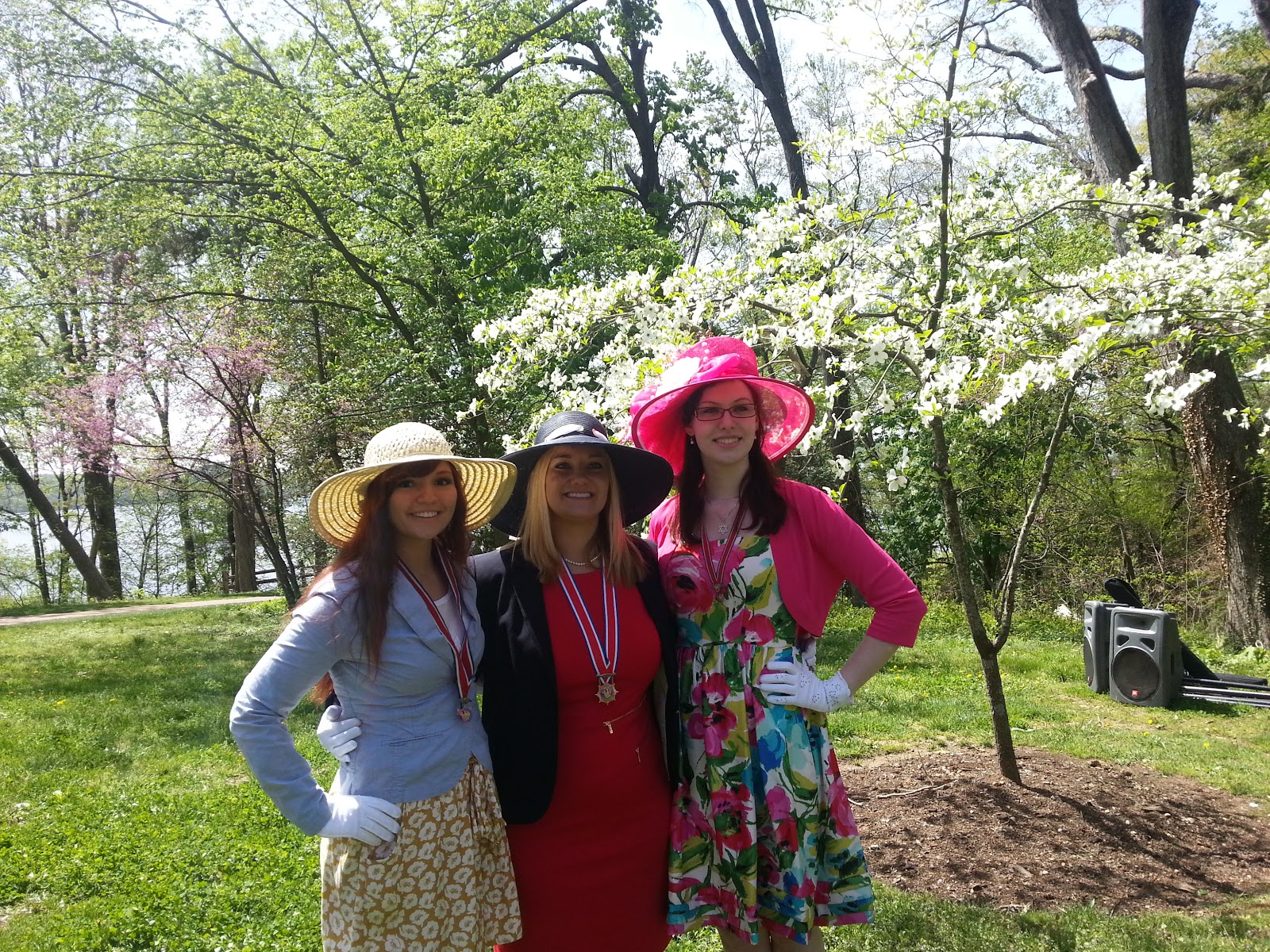