While in France, we took a detour to the Lens area to find the grave of my great-uncle Victor Hill.

Victor was a Sapper in the Canadian Expeditionary Force.  Basically, that means he was a trench-digger.  He was digging a trench near Loos at the beginning of the Hill 70 battle when he was killed by an explosive.

Hill 70 was part of a series of battles to take back the mining area of Lens from the German forces.  It began on the field, and ended in hand-to-hand fighting in the nearby town of Lens.  The Canadians lost over 1500 men during this battle which lasted from 15-25 August 1917. 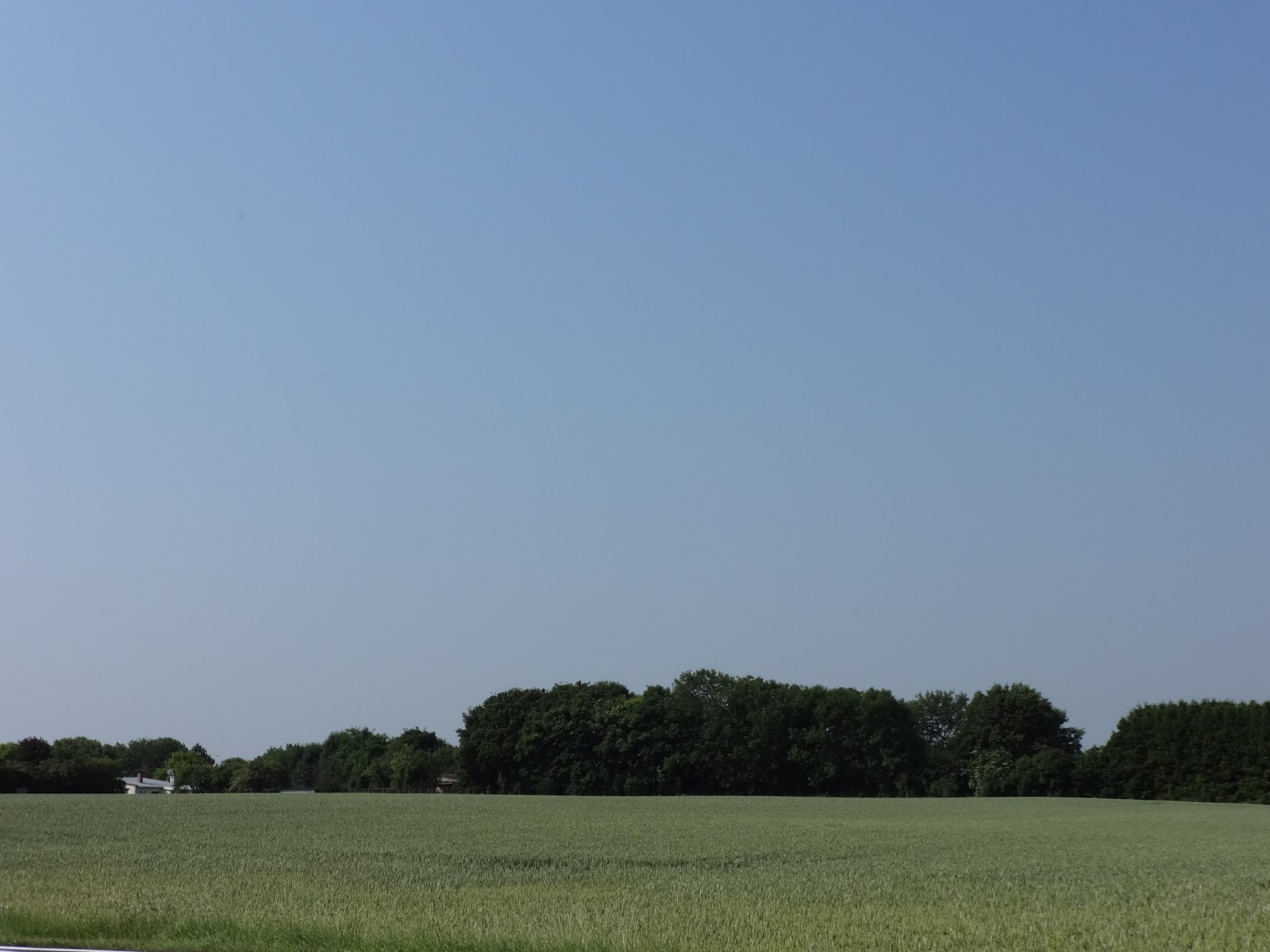 This is what Hill 70 looks like now.  Behind me is an industrial complex, a day care, and a crematorium, and across the highway is a very peaceful field.

Victor was buried in the Maroc British Cemetery in the village of Grenay.  The cemetery was started by French troops in 1915 but became a commonwealth cemetery the following year. 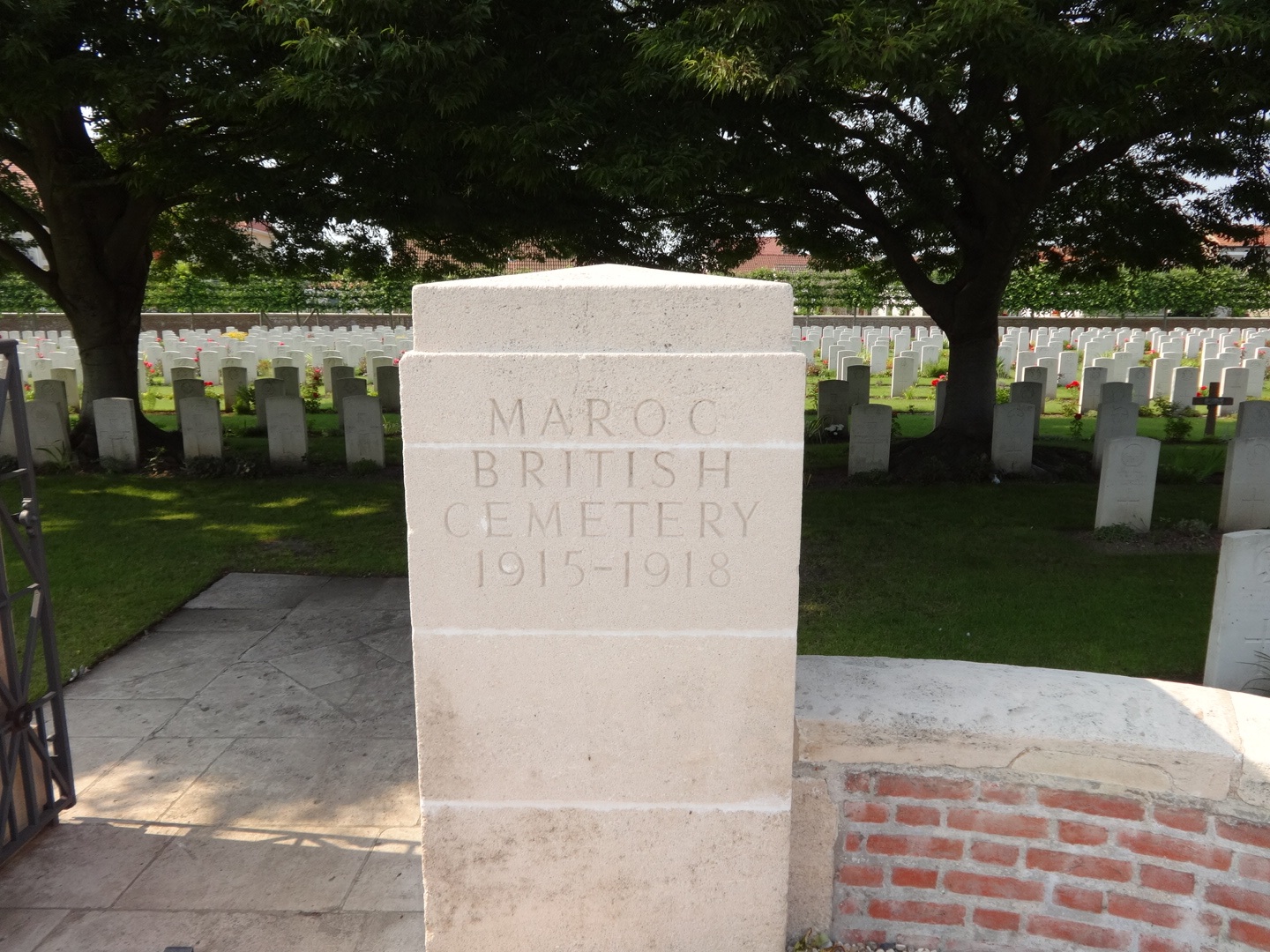 Victor is buried there in plot III.G.16. 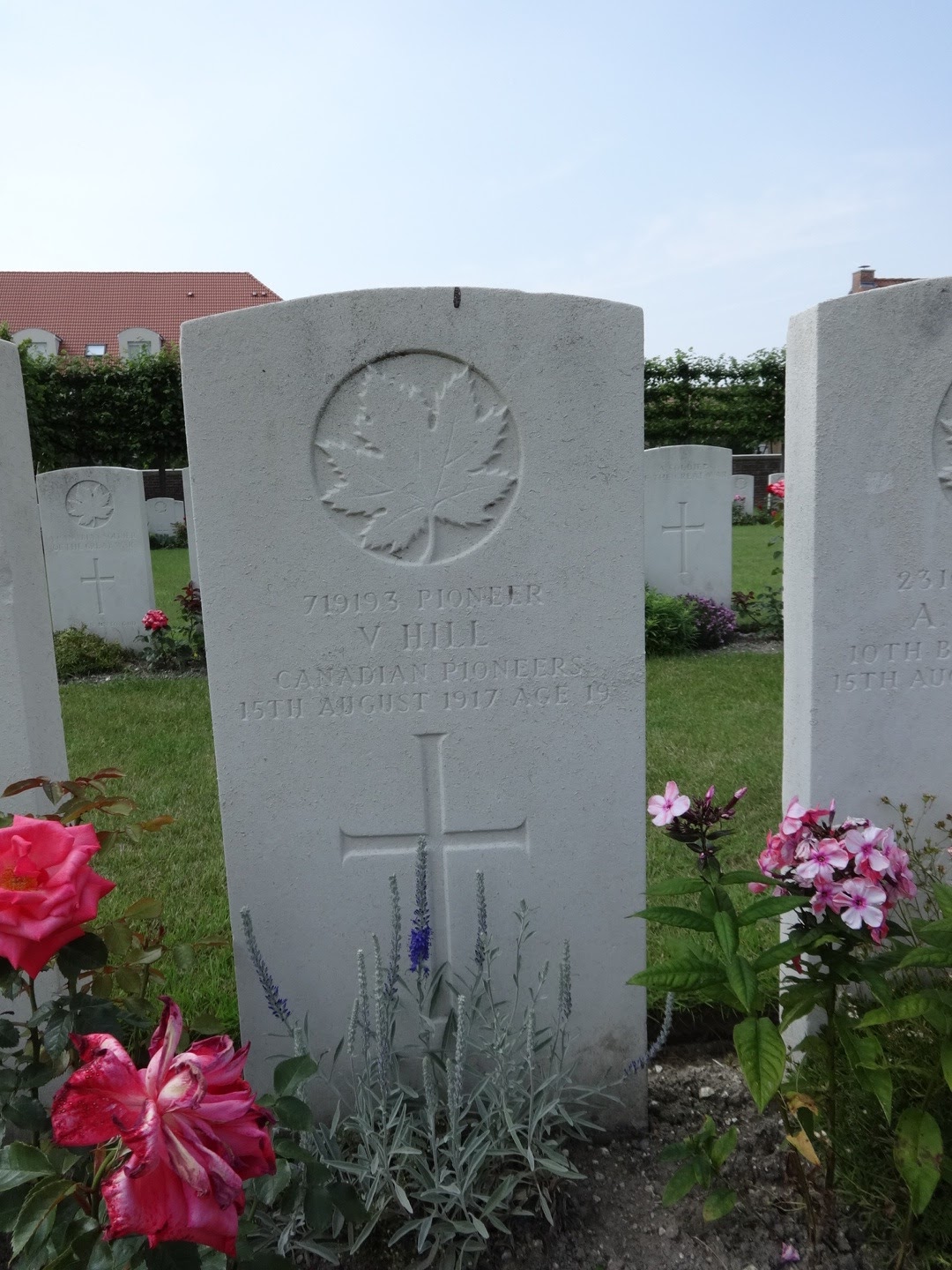 It is a peaceful cemetery right in the middle of the town. 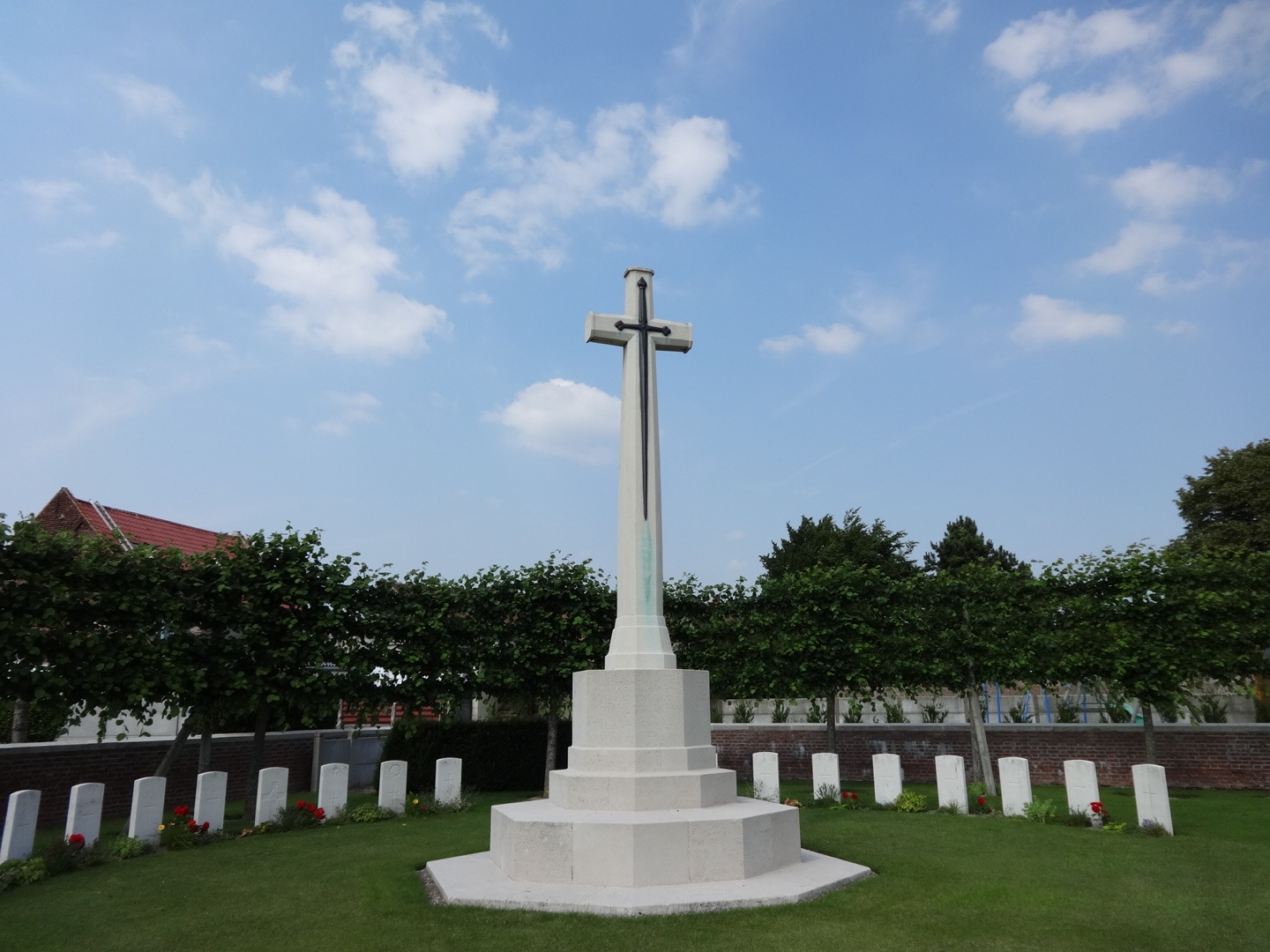 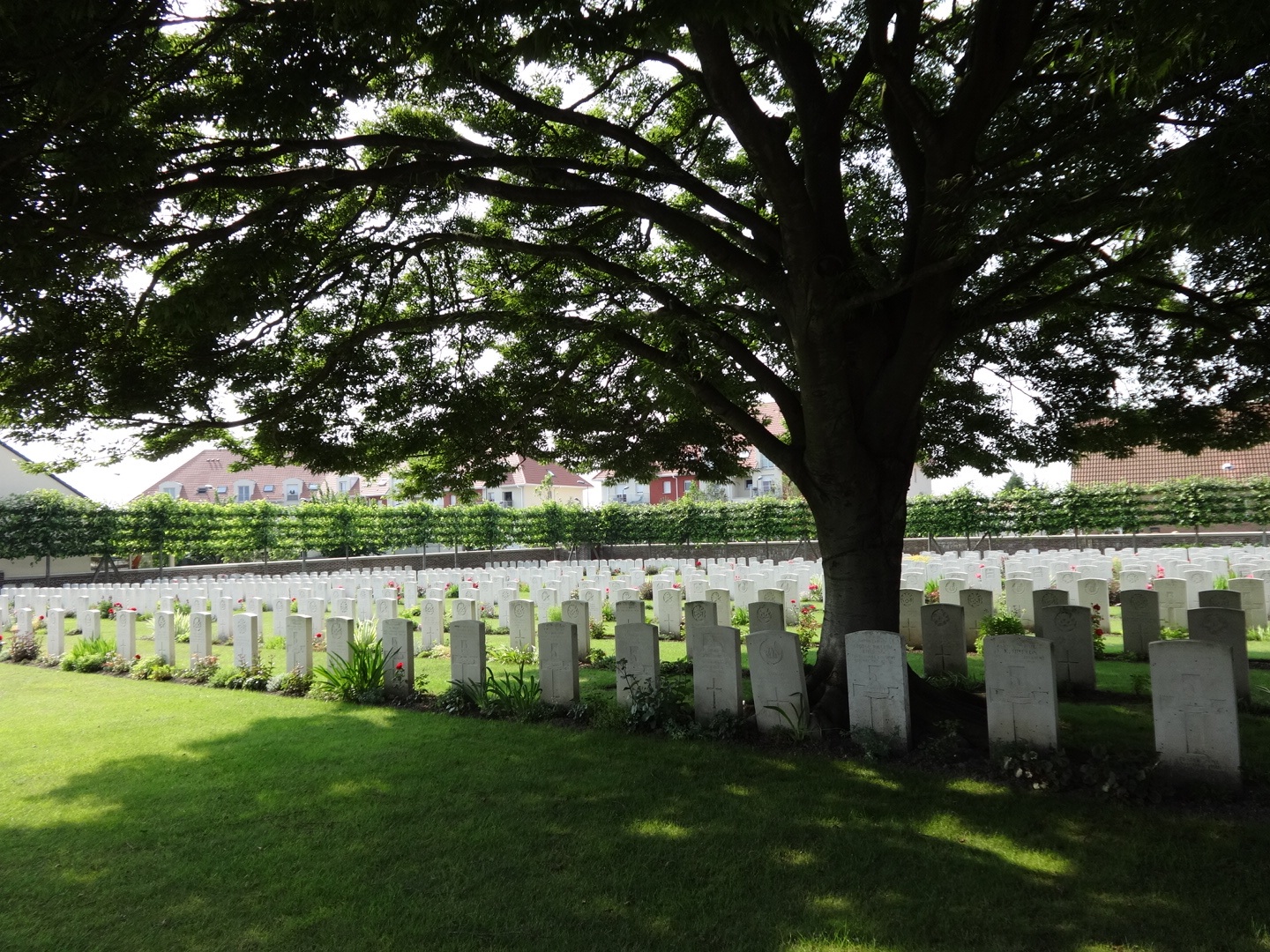