Society Saturday - Planters and Lawyers and Quakers, Oh My!

Membership in Antebellum Planters requires lineage from a "Planter" which is defined as someone who owned 500 acres or more of land in what is now the continental US.  It is not strictly "southern" as many people initially think.  In fact, my Planter ancestor was in Massachusetts.  We have some ancestors in our society from Texas and Illinois as well.

Membership in Bench & Bar requires lineage from a judge or a lawyer in the continental US sometime prior to 1861. 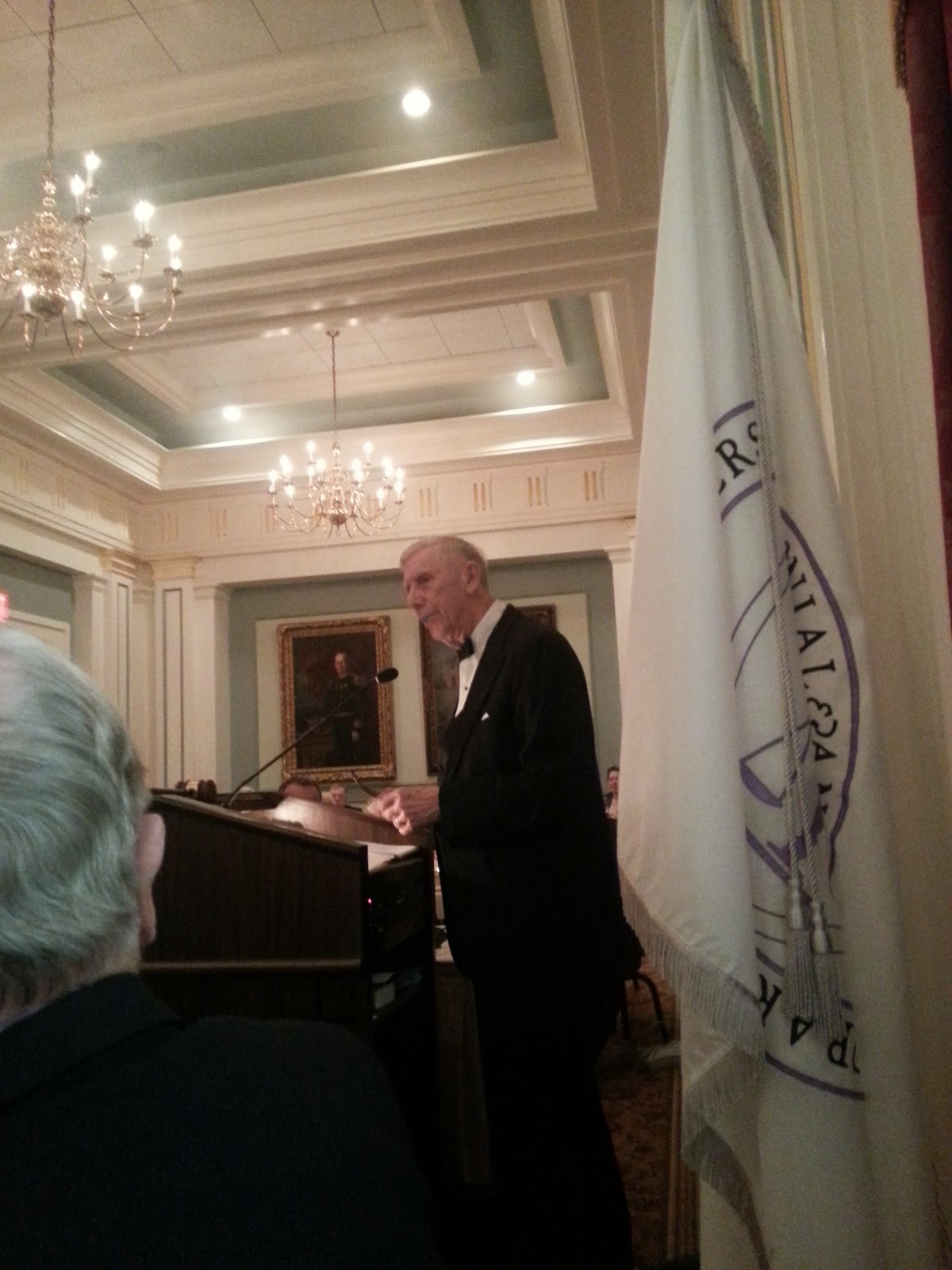 Our speaker this year was Dr. George Hill.  His talk was titled "Quakers, Plantations and Lawyers in Seventeenth Century Pennsylvania".  He was very skillful at combining the two societies in his presentation.  He spoke of land owners who also served in the legal profession.  Many colonial and even antebellum "farmers" served their communities in other capacities and he gave good examples of this.  In fact, several of his examples were coincidentally of the quaker faith.

Email ThisBlogThis!Share to TwitterShare to FacebookShare to Pinterest
Labels: Bench and Bar, NSSDAP