The Associated Daughters of Early American Witches held their annual meeting one Saturday morning in April.  This is a group of 540 ladies who can trace their ancestry to someone who was accused, tried, or convicted of witchcraft in 17th century american colonies.

The speaker was Janice Thompson, Board President of the Sarah and Peter Clayes House Trust.  She gave an interesting program about their quest to save the home of accused Salem witch Sarah Towne Clayes/Cloyce.  The house is located in Framingham, Massachusetts and was built in 1693.  This is where Sarah and her second husband Peter moved after she was released from prison.

ADEAW helps support causes such as this, as a way to honor the memory of our ancestors. 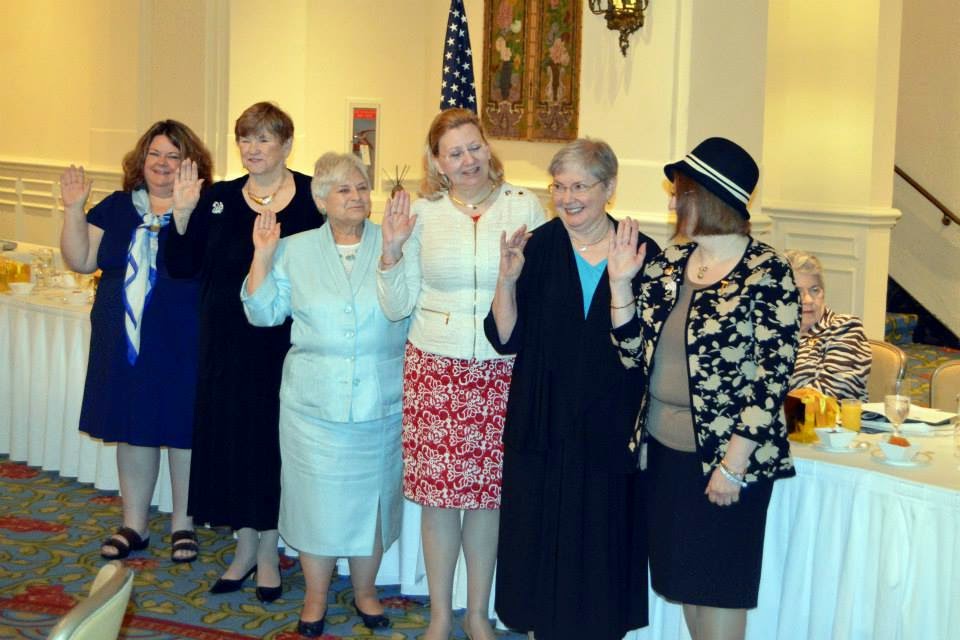 After the program, new officers were elected and installed, beginning another term for this unique organization.