My chapter of US Daughters of 1812 recently held a Grave Marking Ceremony in Yates City, IL.  While the main focus of our ceremony was a Heroine of the War of 1812, we had recently discovered that another War of 1812 veteran was buried in the same cemetery.

We were able to honor him with a wreath for his service. 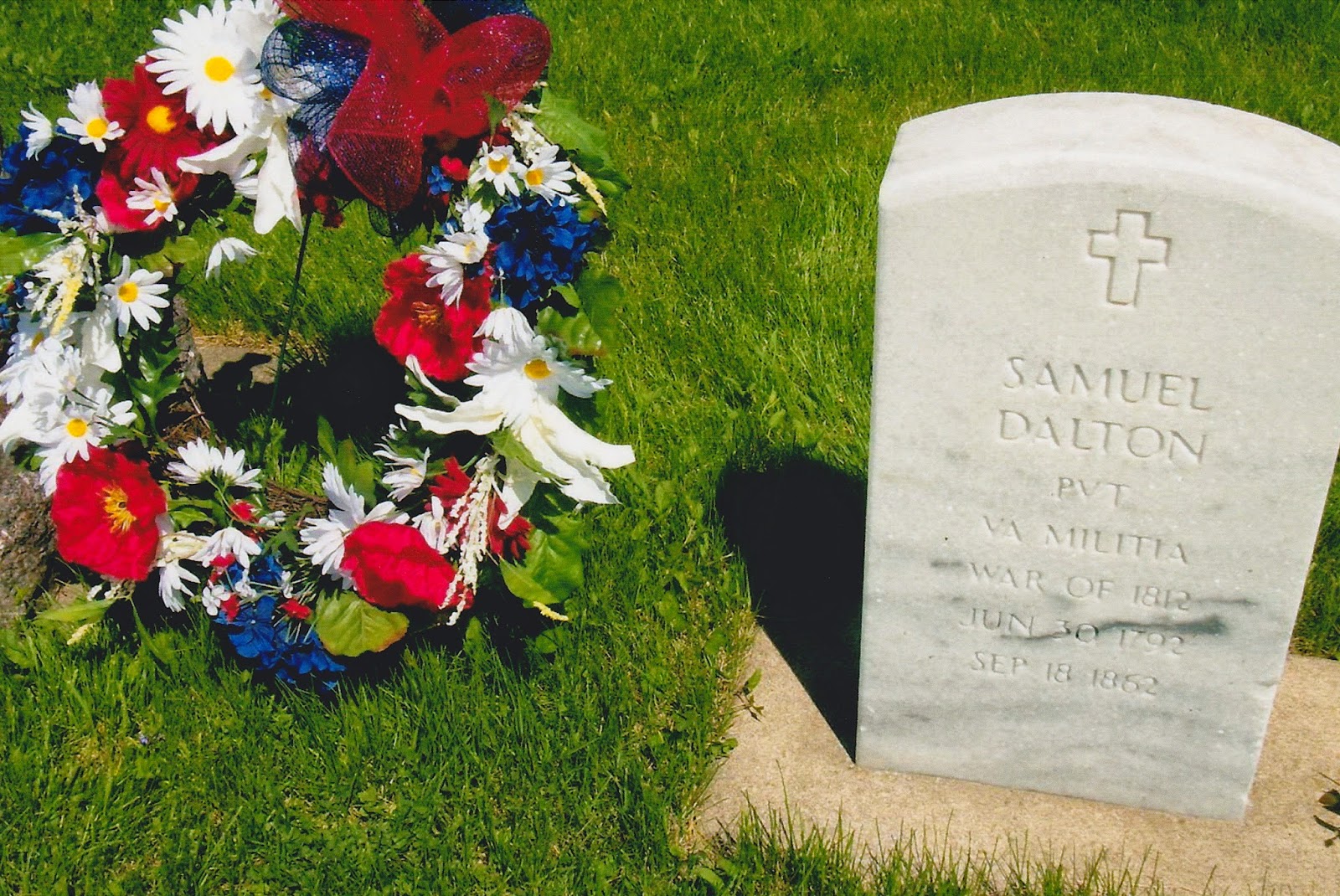 Samuel Dalton was born 30 June 1792.  He joined the Virginia Militia on 3 September 1814 and served under Colonel Moses Green in Captain Tunstal Shelton’s Company of the Virginia Milita until 2 November 1814.  By 1850 he had moved to Illinois where he died on 18 September 1862.  He was originally buried at the Old Dalton Cemetery in Salem Township but his remains were moved to Yates City in 1965.
Posted by Kimberly Nagy at 6/17/2014 09:00:00 AM