Once again, thousands of patriotic women converge on Washington DC at the end of June for the annual meeting of the Daughters of the American Revolution.  Unfortunately, I was only able to attend for 3 days, but it was fun anyway.

This is the 123rd Continental Congress of this organization that is nearing its 125th birthday.

Opening night had the usual long procession of pages, flags, and National Officers to the sounds of the US Marine Corps band.  At the end of the procession, a large flag drops from the ceiling of Constitution Hall. 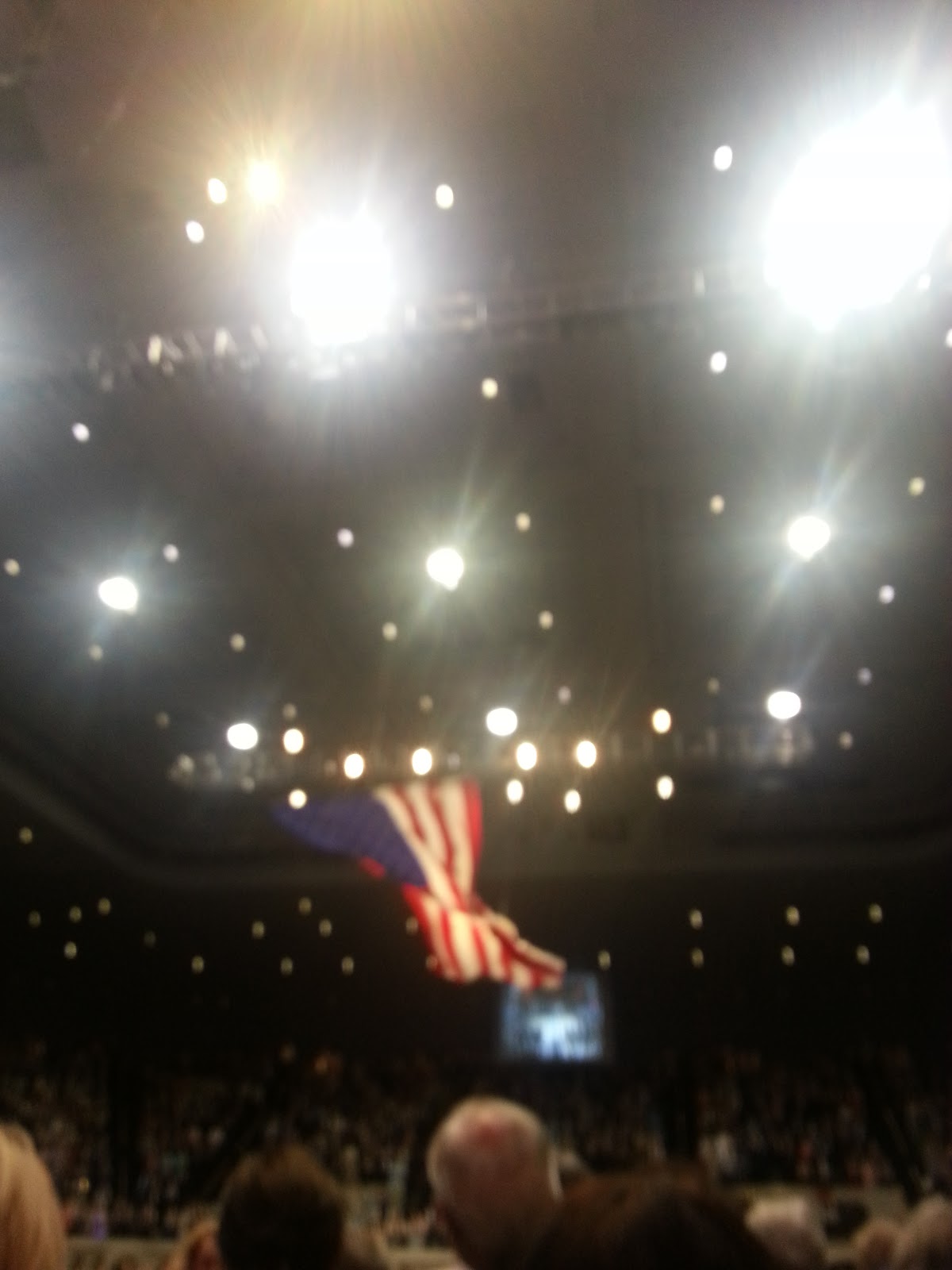 The keynote speaker for the evening was Alexander Rose.  He is the author of "Washington's Spies: The Story of America's First Spy Ring".  He gave an entertaining talk about some of his research into the Culper spy ring.  If this sounds familiar, his book forms the basis for the TV show "Turn" about the Culper Spy Ring.  Following Mr. Rose's talk, the executive producer of "Turn", Barry Josephson, accepted the DAR Media Award. 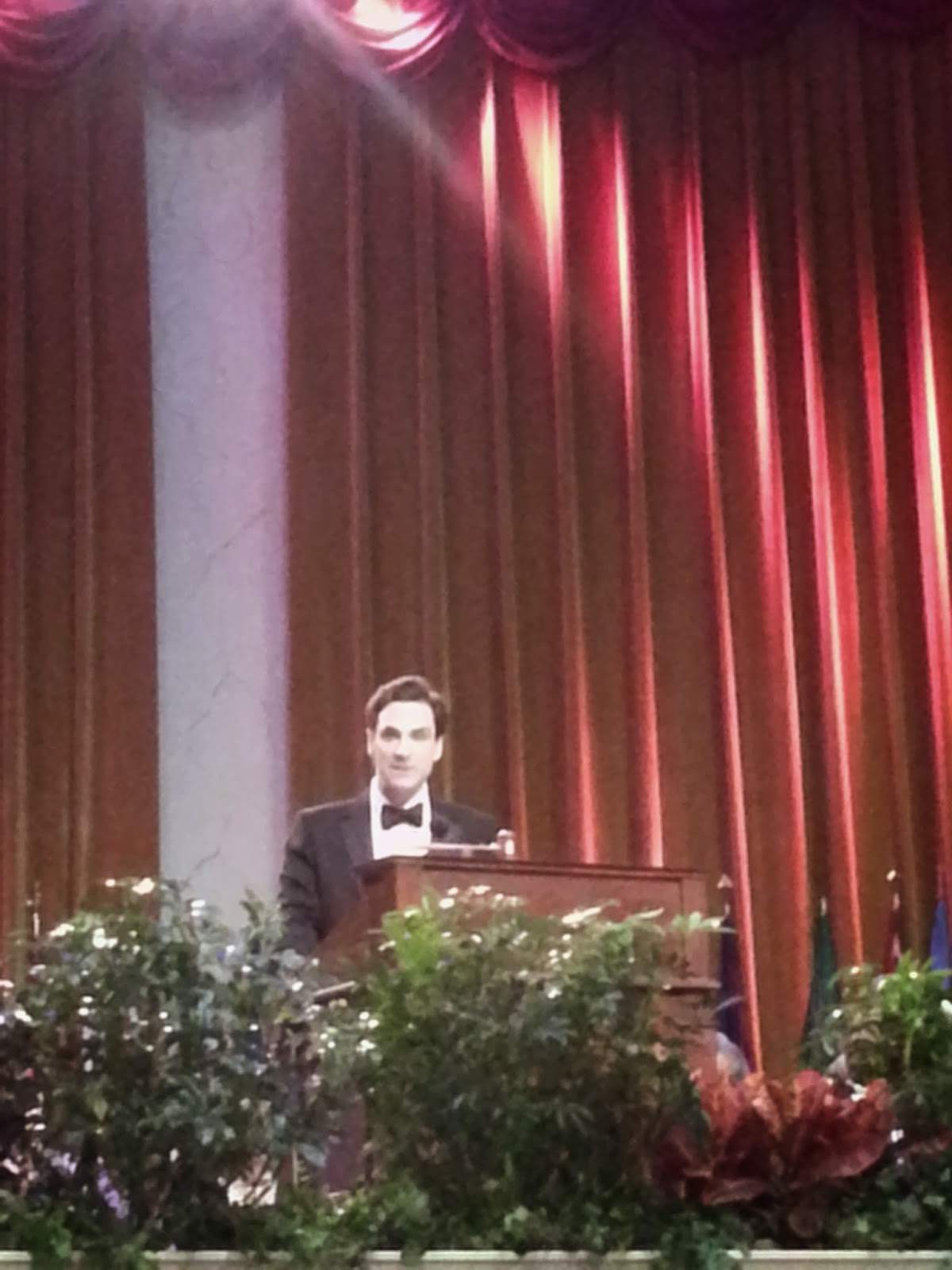 The next day, we attended the Units Overseas Luncheon.  Since my daughter is an organizing member of the Mariana Islands Chapter in Guam, and none of their regular members were able to attend, we always help them out with their sales at the International Bazaar. 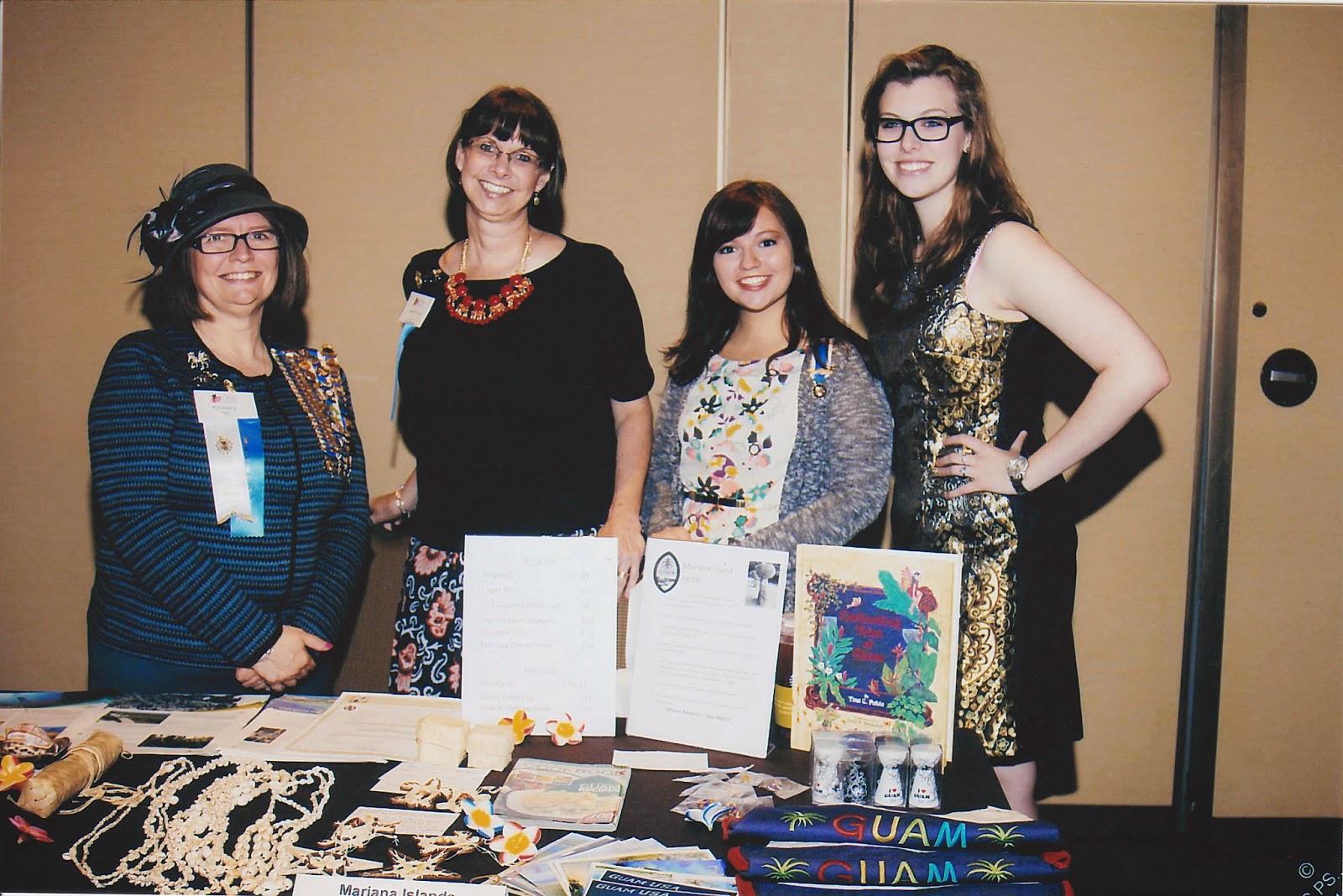