The National Society of the Children of American Colonists has their General Assembly in June.  The location varies, which allows the members and adults to visit different parts of the country.  The day before General Assembly begins is usually a fun touring day.  This year's General Assembly was in Charlottesville, Virginia.  We toured the University of Virginia Grounds.

UVA was founded in 1819 by Thomas Jefferson, who considered it one of his most important accomplishments.  He believed in lifelong learning, so there is no designation of "Freshman, Sophomore, etc."  Instead, the students are called First year, second year, and so on. 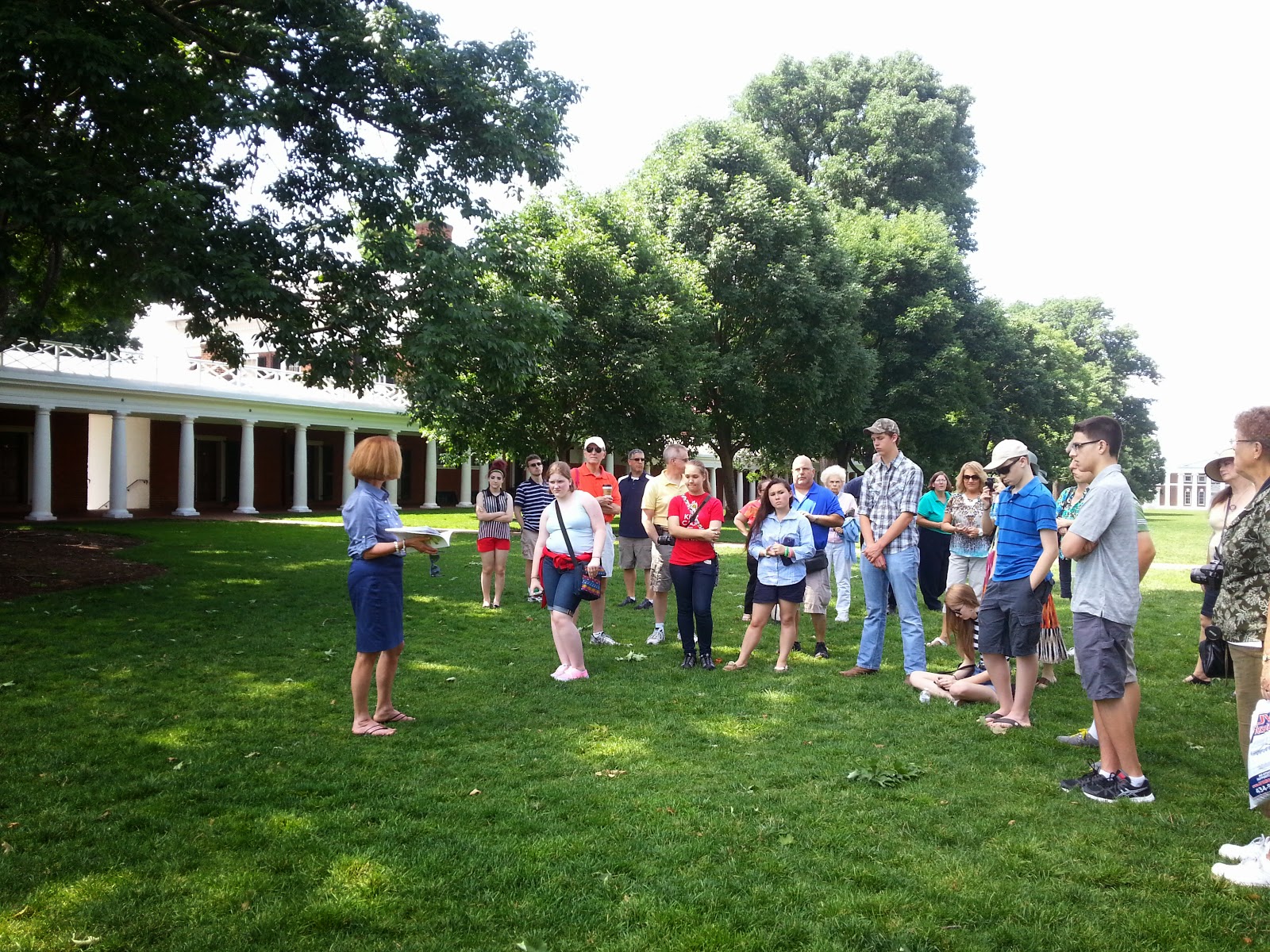 The center of campus (called the "Grounds") is comprised of the Lawn.  This  is a large open space with long buildings on 2 sides.  At the north end is the Rotunda, a recognizable building.  The Rotunda, which cost $60,000 to build, is currently being renovated at a cost of $6 million. 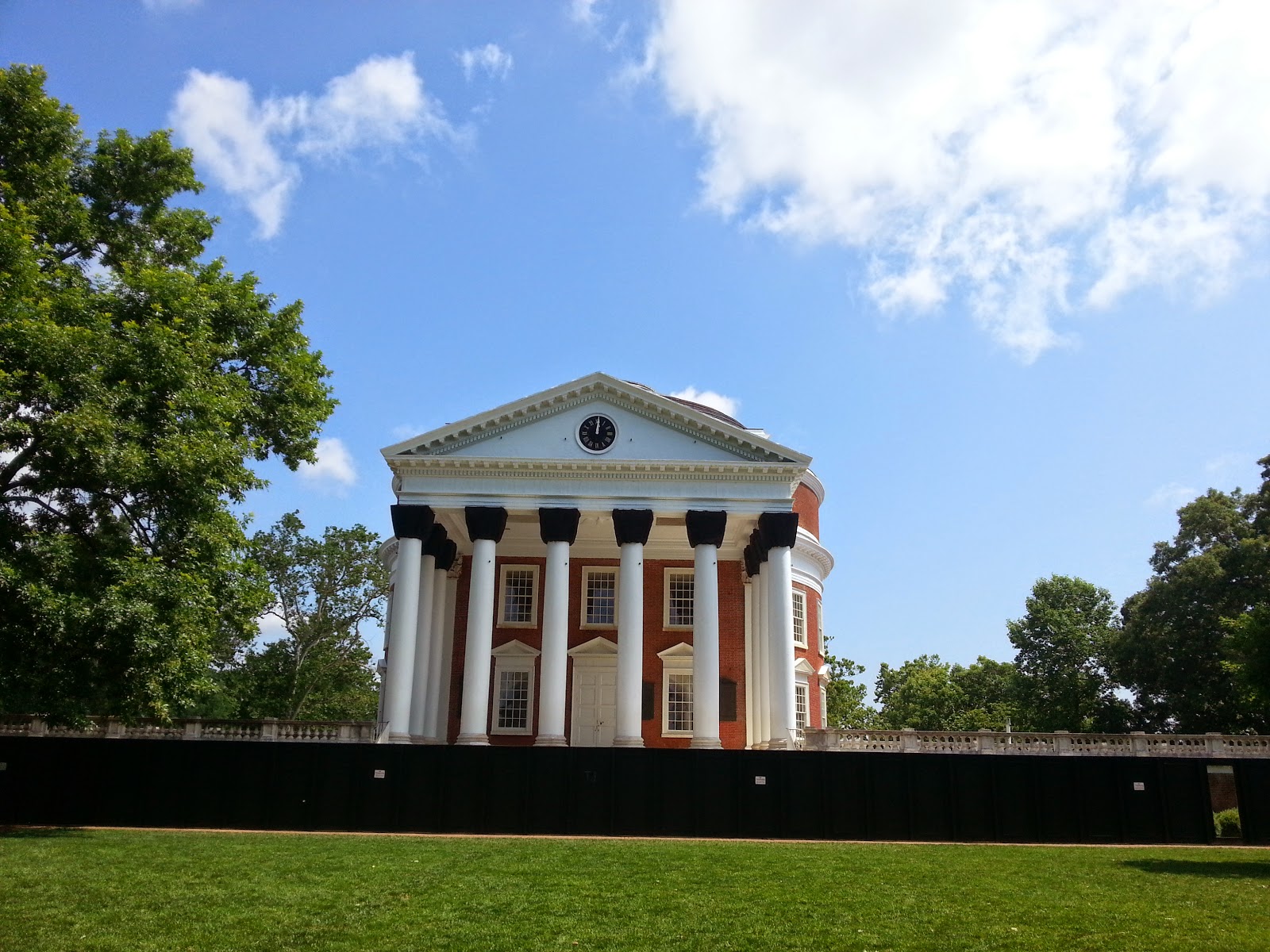 The long buildings consist of 10 Pavilions with several smaller rooms in between.  The smaller rooms are still used as student residences.  The Pavilions were where the faculty lived.  The professors would live on the second floor, and their classrooms were on the first floor.  Although the classrooms have been moved elsewhere, faculty still live in the Pavilions. 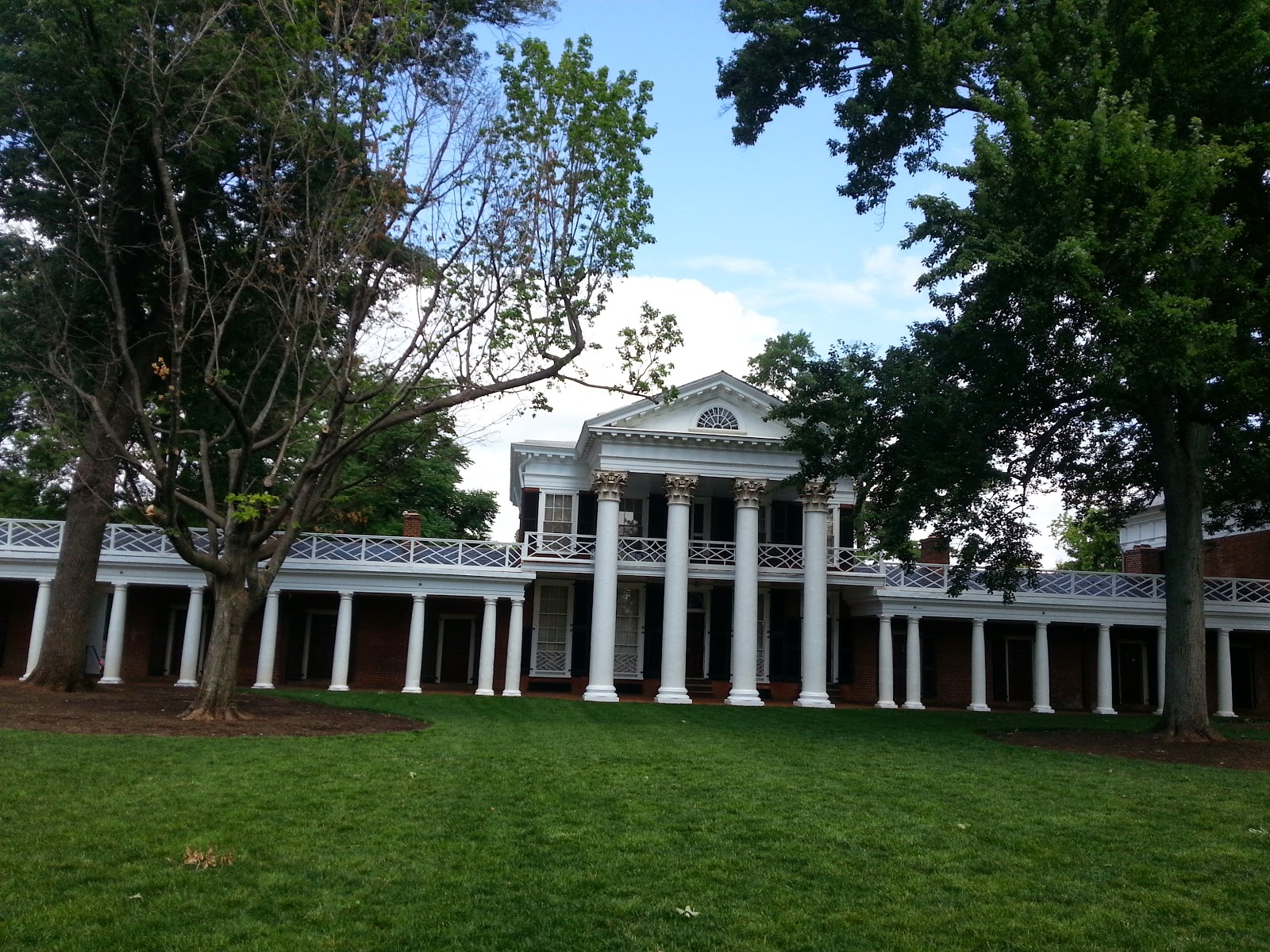 Interestingly, each Pavilion has its own architectural style.  This was by design.  Students could learn architectural elements such as the difference between Doric, Ionic and Corinthian columns just by studying the Pavilions. 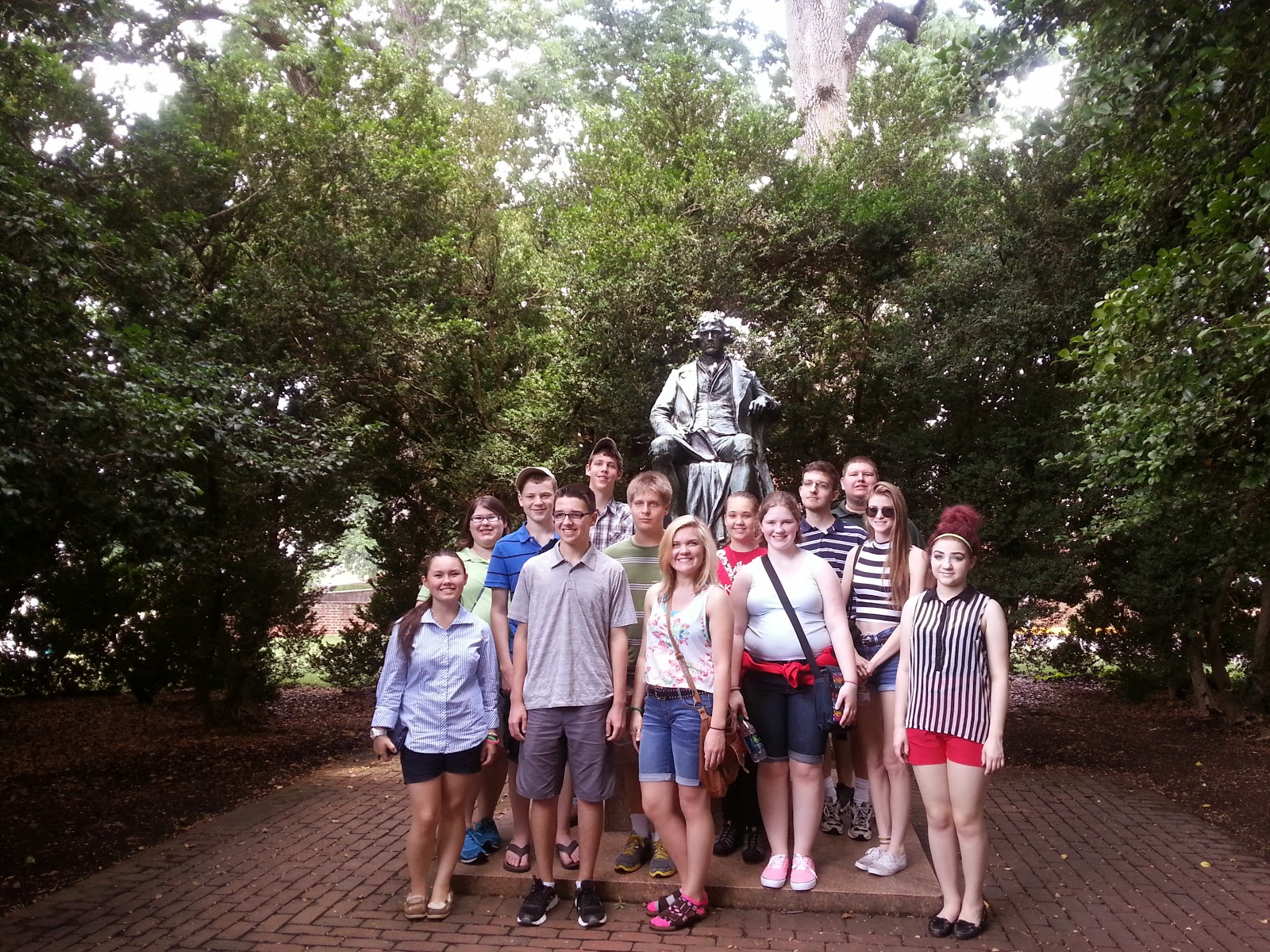 After the tour, we drove to historic Michie Tavern.  This served as a stagecoach stop in the foothills of the Blue Ridge mountains.  We had a delicious lunch in the Ordinary, then toured the tavern itself.  While there, the members learned a Colonial Reel.