The Chicago Chapter of Colonial Dames of America recently met in Oregon, Illinois.  This is a small town on the Rock River in north central Illinois. 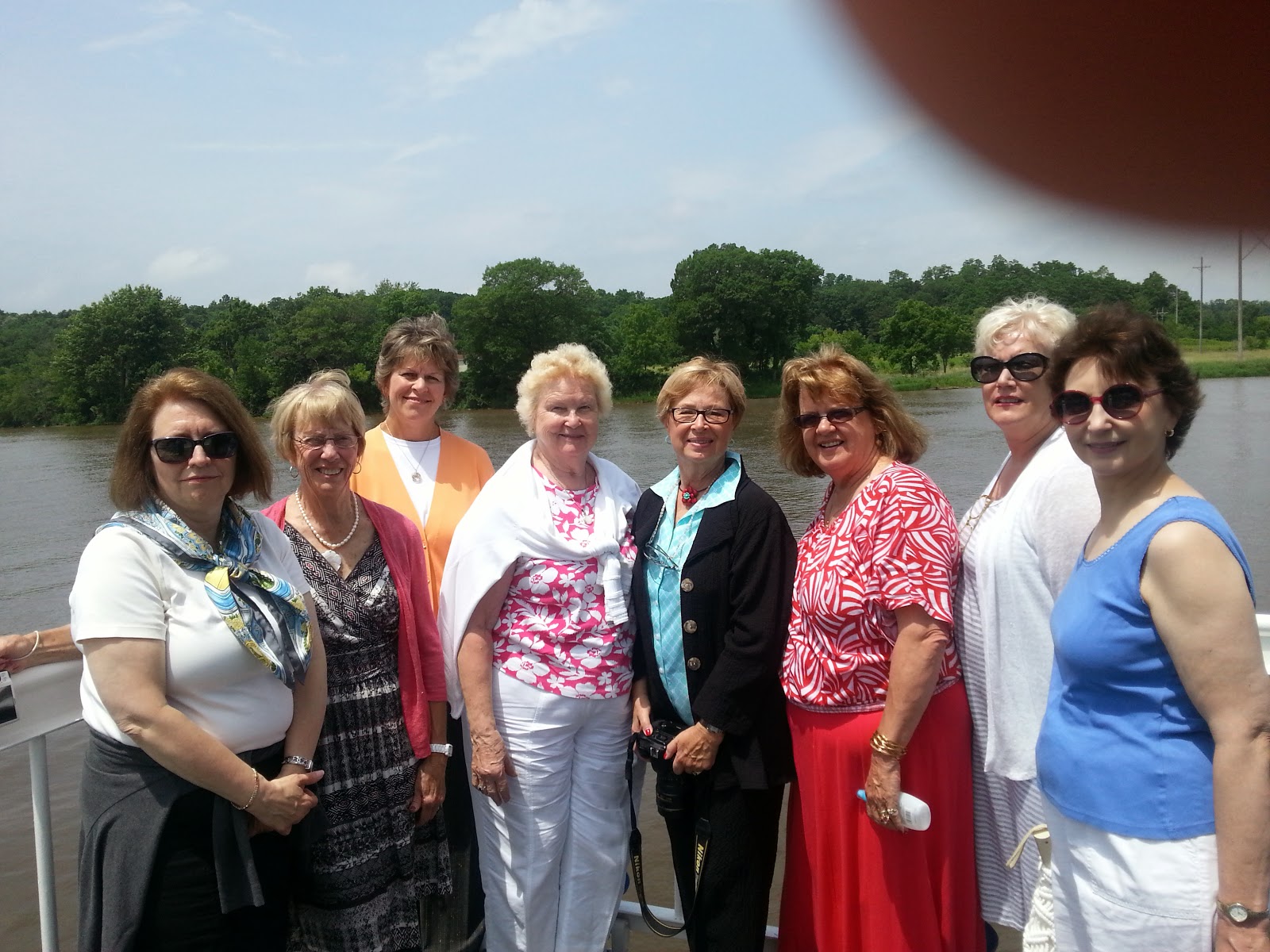 Our meeting took place aboard a Paddlewheel boat, the "Pride of Oregon".  During and after lunch, we enjoyed a cruise along the river. 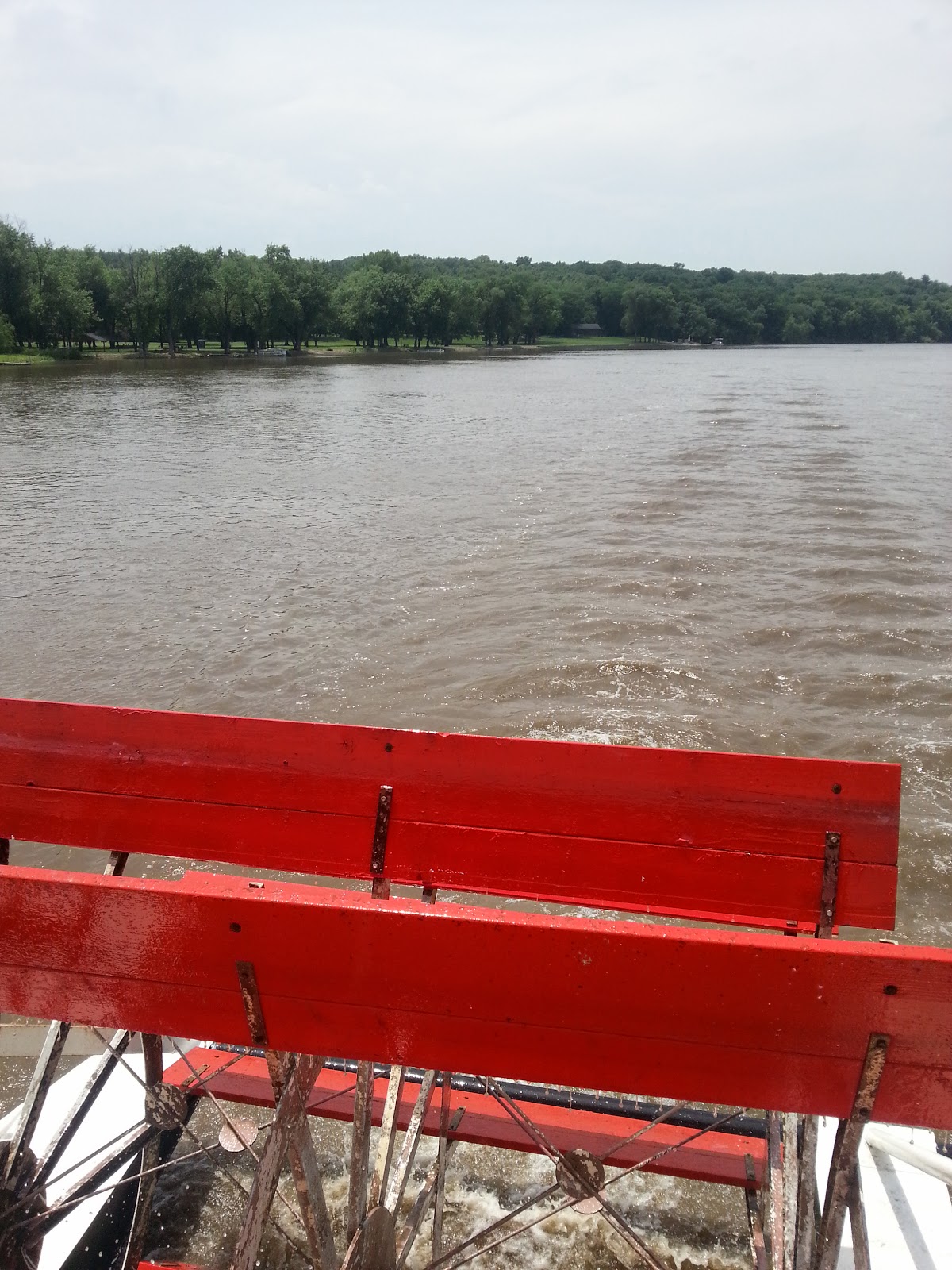 This part of the state is still fairly undeveloped.  It was the location of former Indian lands that had disputed ownership during the early 1800's.  In 1832, Chief Blackhawk returned from exile in Iowa to reclaim these lands for his Sauk people.  This set off a series of battles and raids known as the Blackhawk war. 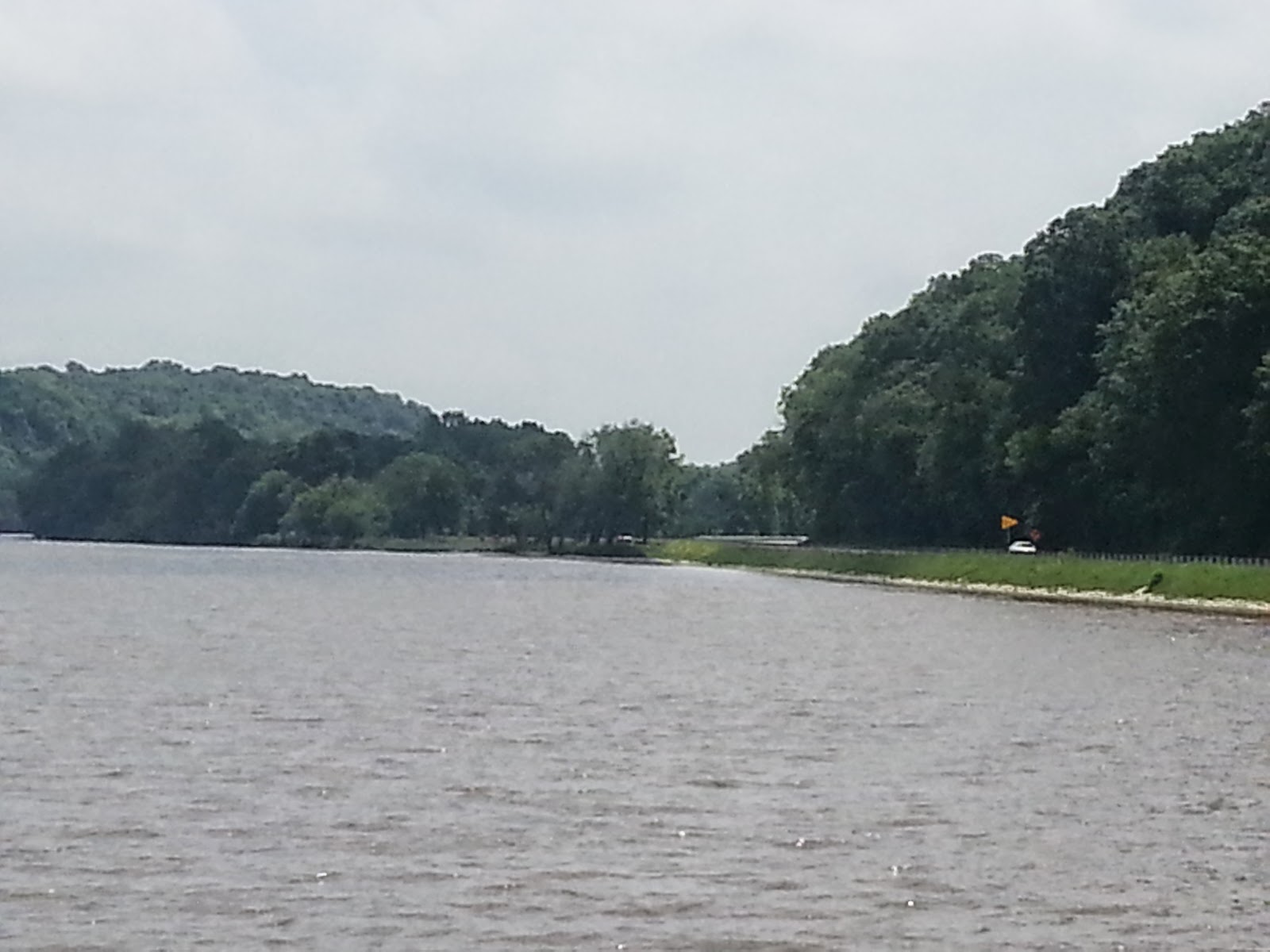 The highlight of the cruise was the statue of BlackHawk at Lowden state park.  It was created in 1911 by Laredo Taft and is 50 feet tall.  From the river, one has the sense that BlackHawk is still surveying his former lands. 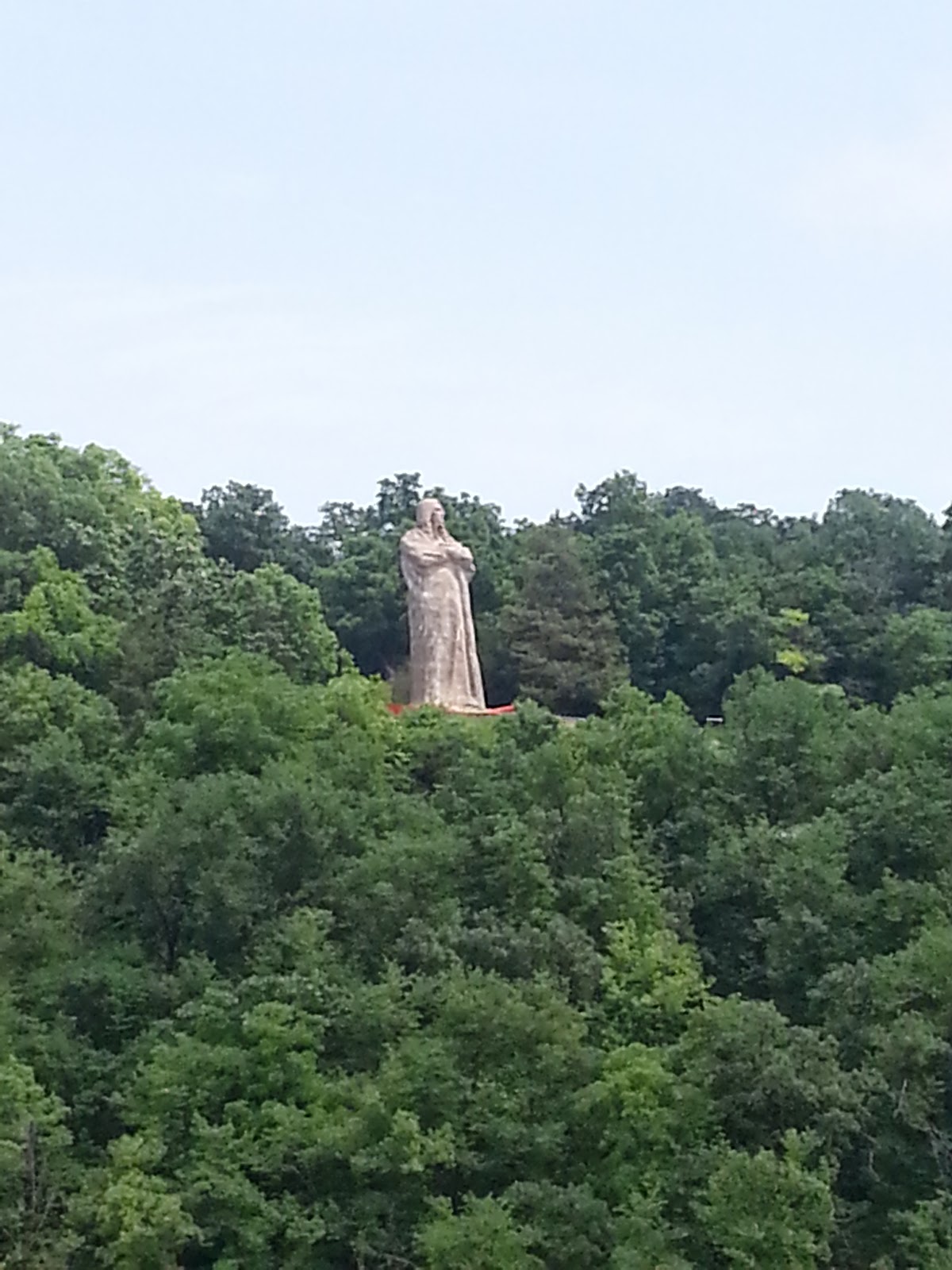