The John Kinzie Chapter of the U.S. Daughters of 1812 was honored to host the President National for our recent Chapter meeting.

Normally, the President National conducts state visits, but we are fortunate that her sister lives in our area and is an associate member of our chapter.

We met over lunch at a local Italian restaurant.  After lunch, PN Virginia "Ginger" Apyar gave us a very interesting program on "Little Known Pearls of U.S.D. 1812". 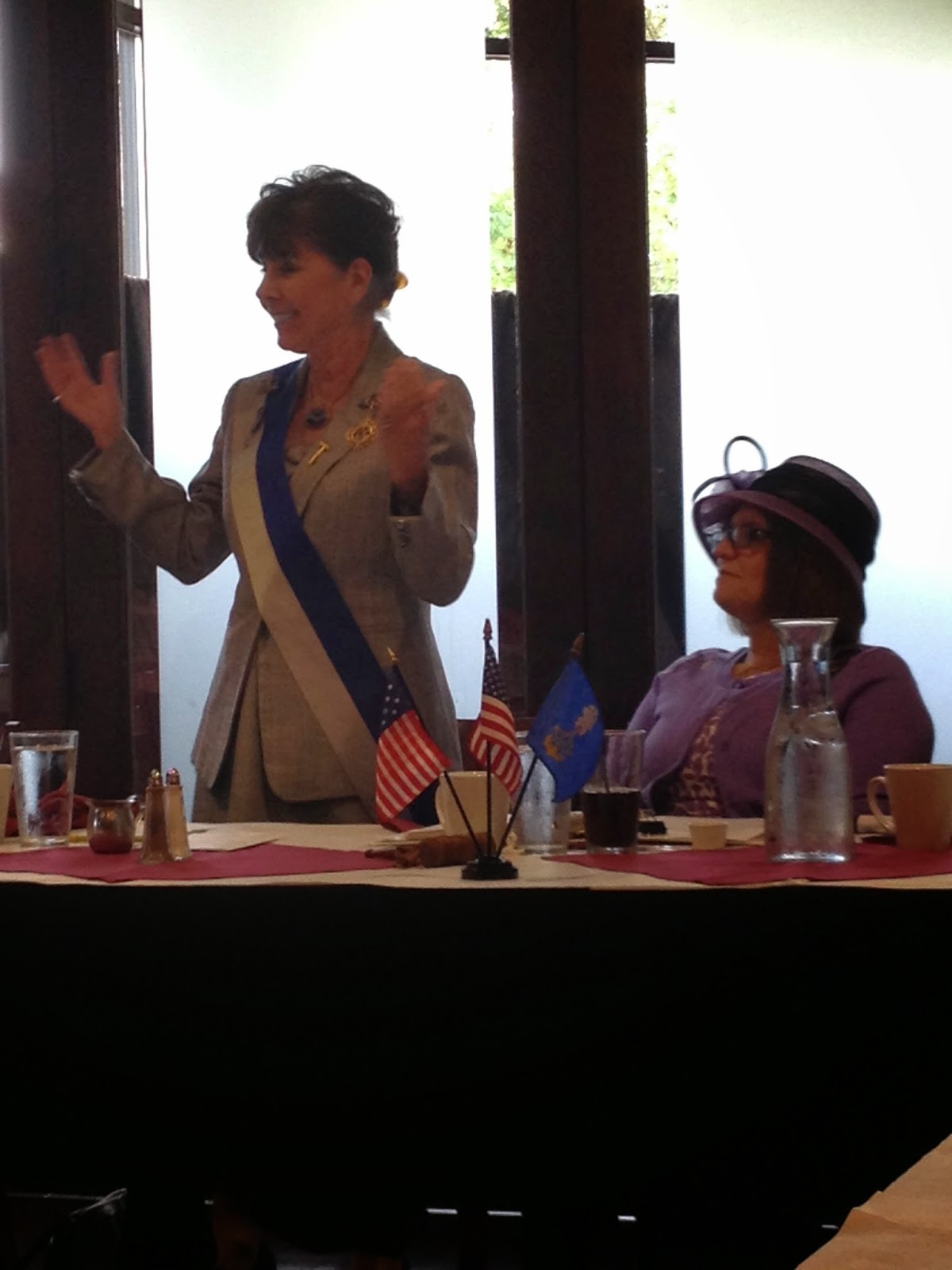 The Society itself was founded in 1892 by Flora Adams Darling.  Ginger told us of Mrs. Darling's life - she lost her husband in the civil war and her son at an early age.  She had all her possessions taken from her during the war, and grew increasingly deaf throughout her life.  This could explain why she is never smiling in any of her portraits.

Our membership certificates have a picture of the stained glass window from St. Michael's church in Devon, England.  Ginger told of the long history between our organization and that church.  The church was built by prisoners of war housed at nearby Dartmoor prison.  These POW's were from the War of 1812 and the Napoleonic Wars.

Ginger gave many other anecdotes about our Society.  She concluded by saying "1812 is everywhere".